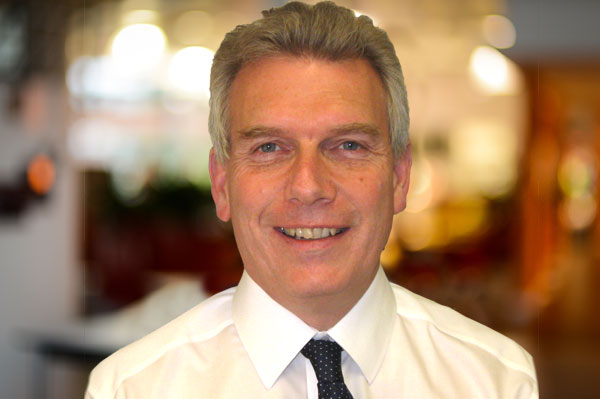 The Climate Change Act of 2008 introduced an ambitious target of reducing greenhouse gas emissions by 80% by 2050 compared to the 1990 levels. In 2008 the NHS generated around 3% of England’s total carbon dioxide emissions making it the largest public sector contributor to greenhouse gas emissions. It is responsible for a staggering 21.4 million tonnes of CO2 emissions each year, 9.5 billion road miles a year – 5% of all road journeys – and 11,300 tonnes of waste a day, of which 22.7% is plastic. Sir Simon Stevens, the NHS Chief Executive, has said “The climate emergency is a health emergency,” and that “the NHS, as the single biggest organisation across this country is both part of the solution and part of the problem. We are 40% of public sector emissions, and although we have reduced our carbon footprint by around a fifth over the past decade, we’ve got to make major changes if we’re going to help this country become carbon net neutral.”

Late last year I chaired a meeting of the South West Clinical Senate held to develop recommendations on high impact changes that healthcare systems can make as meaningful contributions towards mitigating climate change.

Clinical Senates were established as part of the NHS reorganisation in 2012 to provide a source of strategic, independent advice and leadership on how services should be designed to provide the best overall care and outcomes for patients. I have been a member of the Clinical Senate and on its Council since it was established, and have been vice-chair since 2015.

Sitting on the Council is an interesting and rewarding experience – members come from a wide variety of clinical backgrounds and we have considered topics as disparate as student mental health and suicide, biosimilar monoclonal antibodies, weight loss and smoking cessation criteria to improve surgical outcomes, and NHS workforce challenges. The meetings are run in a similar format to the BBC programme “The Moral Maze”. In the morning we hear evidence from a variety of experts, for example John Campbell contributed to the workforce meeting, discussing his research on the challenges facing primary care. In the afternoon, the evidence is discussed in small groups including the external experts and then the Council Members consider all the points that have been made. Following the meeting, the Senate Management Team magically transform all the flip charts and copious notes into draft recommendations.

Being vice-chair brings challenges and rewards. The climate change meeting was a great opportunity to promote awareness of work that is being undertaken across the region and elsewhere to reduce greenhouse gas emissions. As I’ve already mentioned, travel is a large factor in the NHS’s carbon footprint and for this meeting we decided we would link to our speakers from outside the region with teleconferencing. Unfortunately, technology in the NHS is not always up to the task, and making it work caused great angst and required the simultaneous use of multiple mobile phones by our Senate Manager and Project Officer. Not surprisingly, one of our recommendations was that IT systems should upgraded to facilitate virtual meetings !

Addressing climate change made members the Senate think about topics, such as waste management, that perhaps they did not give much consideration to as part of their normal working lives. We heard from the Bristol Trusts who have jointly declared a climate emergency following the examples set by Newcastle and Manchester, from the Royal College of Anaesthetists about reducing anaesthetic gas emissions, which are very potent greenhouse gasses, and I presented on the effect of pressurised metered dose inhalers. Inhaler use accounts for 3.1% of the NHS’s carbon footprint. They cause problems both as a result of the release of their propellants during use, but also because of poor disposal and lack of recycling. Even when “empty”, cannisters still contain significant amounts of propellant and unless they are returned to pharmacies for destruction by incineration, the residual propellant will eventually escape, particularly if the inhalers are simply put in domestic waste and sent to landfill sites. Using propellant free devices, when clinically appropriate, should be considered and prescribing guidance from NICE now encourages this.

Other presenters discussed the health impacts of climate change, how virtual consultations can reduce travel and importantly we considered patients’ views which are collated through the Citizens Assembly – which brings together the chairs of the Healthwatches in the South West. We also heard from the Royal College of General Practitioners representative for Sustainability Climate Change and Green issues who talked about the Green Impact for Health toolkit, which is endorsed by the College and designed to help GP surgeries improve their sustainability and environmental impact. More details are available at https://www.greenimpact.org.uk/giforhealth. As well as topics such as green prescribing, practices are encouraged to take steps such as reducing the use of paper, using energy monitors to establish the energy use of the whole practice, providing feedback to staff on energy use and carbon footprint, having an aspiration to reduce energy consumption year-on-year and having a “green impact” standing agenda item at every practice meeting.

As always, with Council meetings, I learned a lot more about a topic I thought I knew something about. You can read the recommendations we came up with, and see the presentations, on the Senate website (https://www.swsenate.org.uk/senate-council-meeting-reducing-nhs-contribution-to-englands-total-carbon-emmisions/2871/).