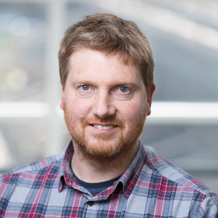 Jon Brown is a Senior Lecturer at the University of Exeter Medical School.

Jon is a neurophysiologist with interests in how neuronal function is affected in neurological and psychiatric disease. In his group, they use electrophysiological approaches to explore neuronal network, synaptic and intrinsic excitability changes in models of diseases such as Alzheimer’s disease and frontotemporal dementia.