Posted by Jonathan Cresswell on 01 March 2017 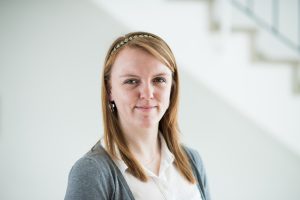 When I first started at the University, we were divided into schools (rather than Colleges) and I started in one of the discipline admin offices for Modern Languages. When the University changed to Colleges, I naturally moved into the College Office, which was a very education, student support and student facing role.  I worked there for about a year before moving in to the Dean’s Office, which is where I have been working ever since.  Every day is different in my job, there is no real set routine for each day.

To give you an idea of a typical day in my job; there would be a lot of diary management, facilitating the recruitment process, and dealing with sickness absence for members of staff. I deal with a lot of different HR functions and processes, signposting people to find information, and generally helping people with any HR queries.  I facilitate the Honoraries process, manage the Dean’s Office Inbox and responding to all different types of queries. I arrange and book national and international travel for the senior team if they are going away on trips, I also arrange inaugural lectures, reconcile the senior teams’ credit card expenses and help to arrange lots of different ad-hoc events for the College.

Previously I worked in different retail and catering jobs and wanted a complete change in my career. When I looked at some of the jobs going at the University, they all required a lot of experience – and I had none in administration. I then noticed the Modern Apprenticeship advertisement, it seemed like the ideal way to gain the experience that was needed to be able to progress and develop a career in administration.

When I first applied for the apprenticeship, to be honest, I didn’t really have much of a career plan, but having been here and having naturally progressed and worked my way up, I can definitely see the options that are open to me and the different areas I can match my skills to.

I did go to college to do A Levels and then went out to work before starting the apprenticeship. The big difference for me is that the apprenticeship was entirely practical and relevant to the work that I was doing, rather than just theory and exams and then it means nothing; everything you do is relevant and there is a purpose to it.

Training days with my training provider were a bit like being back in a classroom, but it was laid back and I didn’t feel awkward being a bit older and back in a classroom. There was a mixture of ages, including people even older than me who were just starting apprenticeships, so there was a real mixed group of people.

My assessor would come to visit me at my office at the University and set me work for me to do between each visit, which I really enjoyed.  It was good to have tasks that I could complete and tick off my ‘to do list’, and to be able to balance the coursework with my work in the office.

From my point of view, I’ve felt extremely supported; my line manager has been great in supporting me and guiding me through the entire apprenticeship. I think, without someone there to help guide me through it, it would have been a lot harder and I probably would have struggled a lot more.

I now mentor and supervise our current Apprentice and I think that because I’ve been in her position, I know where she is coming from and can help guide her through her apprenticeship. There is a sort of ‘lightbulb’ moment that happens as an apprentice, when everything starts to make sense and becomes second nature, something just clicks and everything goes right.

The administration apprenticeship has definitely helped me to progress into a career; when I finished the apprenticeship, the College Manager at the time said that they wanted to keep me on at the Dean’s Office, which felt great and made me feel really valued, like I had proved myself. I was then offered a permanent contract, which was unexpected because as an apprentice on a fixed term contract, you always have the thought in the back of your mind of ‘what’s going to happen when my two year contract is up?’, so to be kept on as permanent was great.

Ever since then, I have continued developing; I started on an apprentice wage, have worked my way up to D grade and will eventually be on an E grade wage. Even though the apprenticeship has stopped, I have continued to develop and improve at work; I’ve also completed lots of training courses in my time at the University such as ILM, assertiveness, recruitment and selection, excel, time management and minute taking.

My advice to anyone thinking about doing an apprenticeship would be to definitely do it, it such a good opportunity. Don’t let the thought of going back to college put you off.  Anyone, regardless of age can go back and do an apprenticeship.  If you haven’t got experience in something that you want to do, it’s a perfect way to start an entirely new career.