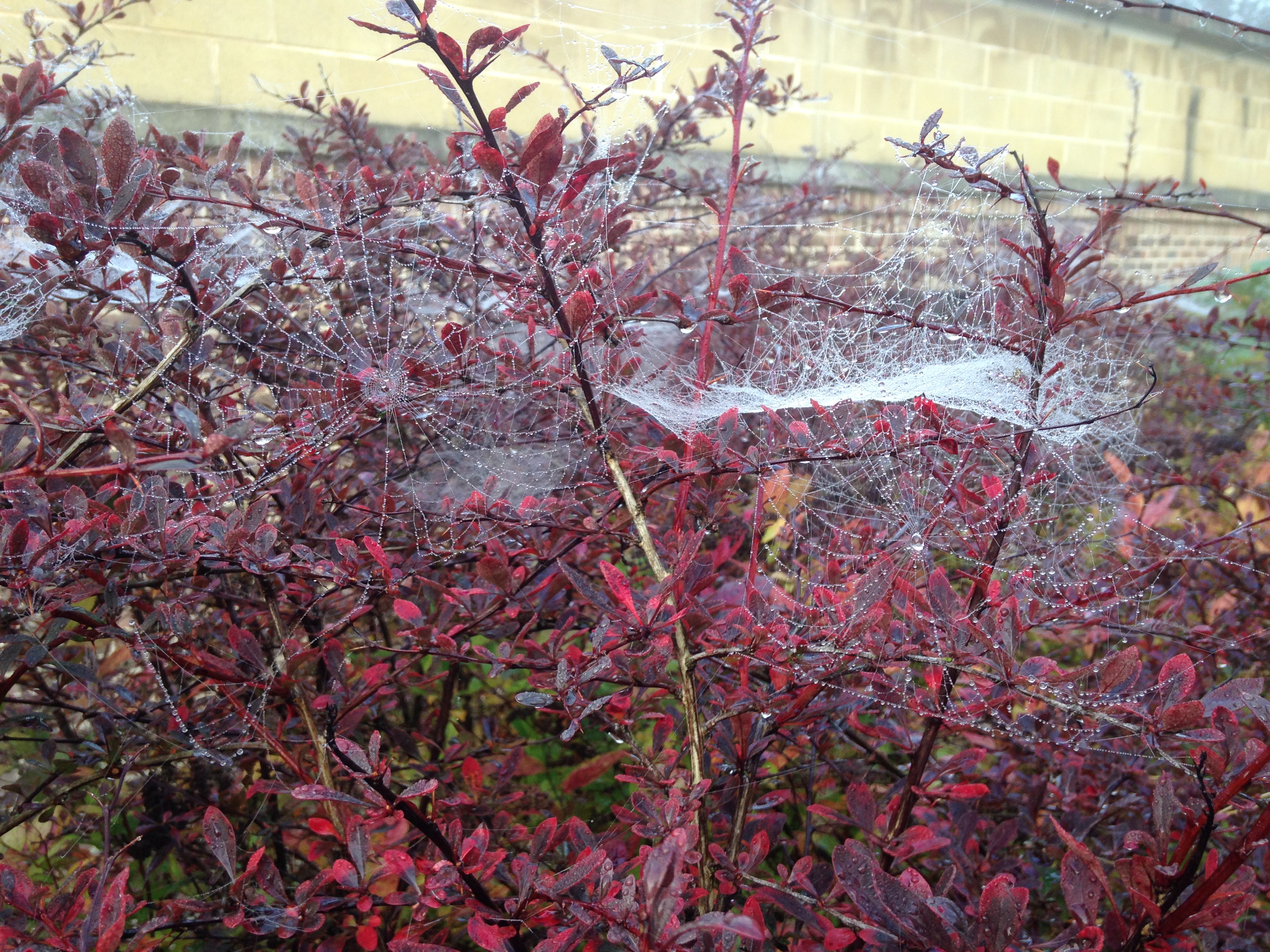 The University of Exeter is fortunate to manage a mature tree stock of around 10,000 trees on its Exeter Campuses.  The resource includes two arboretums, a cherry orchard and a wild conifer collection that supports a project undertaken by scientists at the Royal Botanic Garden, Edinburgh.  These trees contribute to biodiversity and provide an opportunity for life-long learning as well as shaping the style and extent of a campus that allows university buildings to sit in, rather that dominate the landscape. 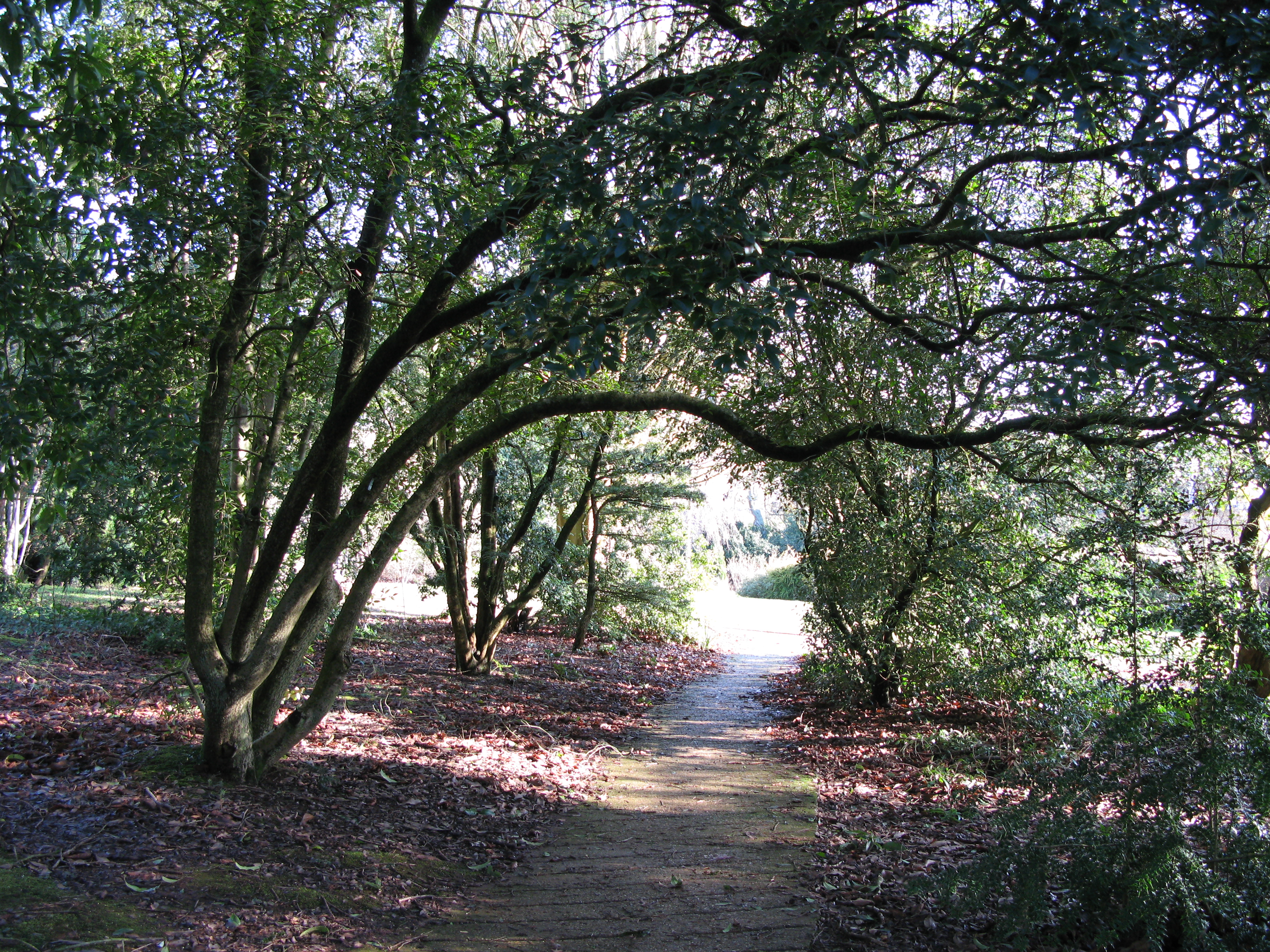 The original legacy dates back to the late 19th Century, when the first specimen trees were planted in the grounds of Streatham Hall (now Reed Hall) by Richard Thornton-West.  He commissioned the Veitch family of nurserymen to supply and plant trees collected from throughout the world and cultivated at their Exeter and London nurseries.

Alderman W. H. Reed subsequently presented Streatham Hall and its wonderful grounds to the University College of the South West in 1922.  It is acknowledged as the base from which the University of Exeter developed.  It seems fitting that Reed Hall and grounds are listed and the entire landscape of the campus continues to revolve around the style and quality of this legacy.

There are several conifers and hardwood trees of significance on both our Streatham and St. Luke’s campuses which include the following:

The Wollemi Pine (Wollemia noblis) – a living fossil thought to have existed up to 200 million years ago but only rediscovered in a deep canyon in Australia in 1994.  These are part of a worldwide conservation project.

Pinus species (Pines) – these are classified according to the number of needle clusters.  We have fine examples for 2, 3 and 5 needle pines.  The eminent landscape architect, Dame Sylvia Crowe, is credited with recommending the shelter belt planting of P. radiata (Monterey Pine) along the boundaries of Streatham campus.  These have proven extremely effective in resisting the impact of prevailing winds.

Birks Arboretum – this area contains several pines which are rarely seen in the UK, which include P. aristata – Bristlecone Pine (from Colorado and Arizona) and P. coulteri – Big Cone Pine (introduced from Mexico in the 1830s).  The cones can measure up to 30cm and can weigh around 2kg when fresh. 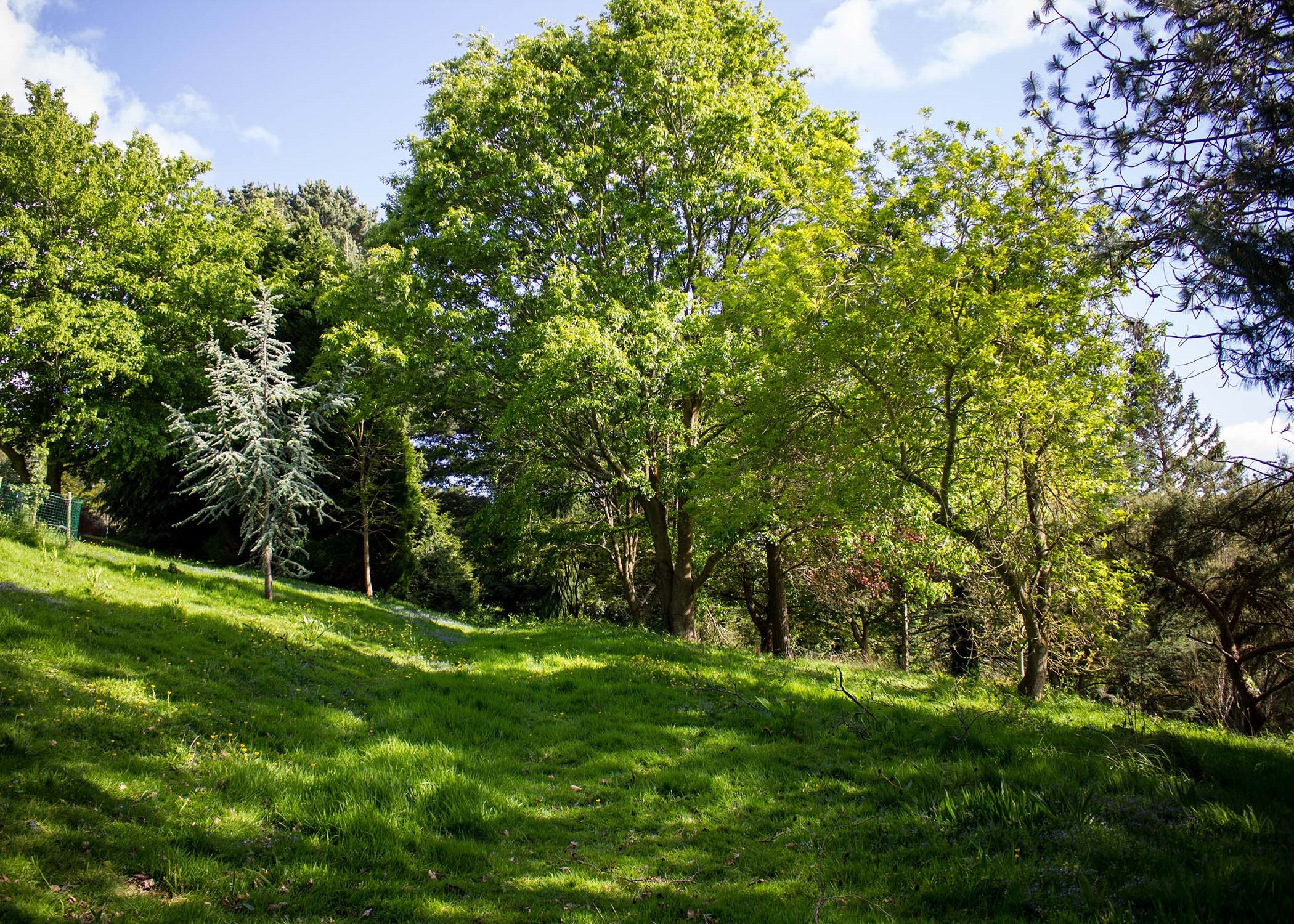 The Swamp Cypresses (Taxodium distichum), native to American states such as Deleware and Florida are also popular features of the campus.  They come into their own in autumn, when their foliage turns from pale green to golden orange before fall – some good examples are on the Queen’s Drive side of the Reed Arboretum.

The Redwoods Metasequoia glyptosroboides and Sequoia gigantea are some of the tallest trees to interrupt the campus horizon.  The Wellingtonias have been recorded in the Sierra Nevada over 100m high with a girth of over 30m.  These remain features of our arboretums and woodland plantations.

The campus also has some fine examples of the tender conifer Torreya californica, the Californian Nutmeg, which has aromatic wood and foliage, as well as examples of the Australian Podocarpus Tree.

Other conifer genera are also represented on our Exeter campuses.  In terms of Cupressaceae, we have a small number of the interesting plant Fitzroya cupressoides.  Its origins are linked with Darwin’s voyages on the ‘Beagle’, being associated with the name of the ship’s captain.  It is native to South America. 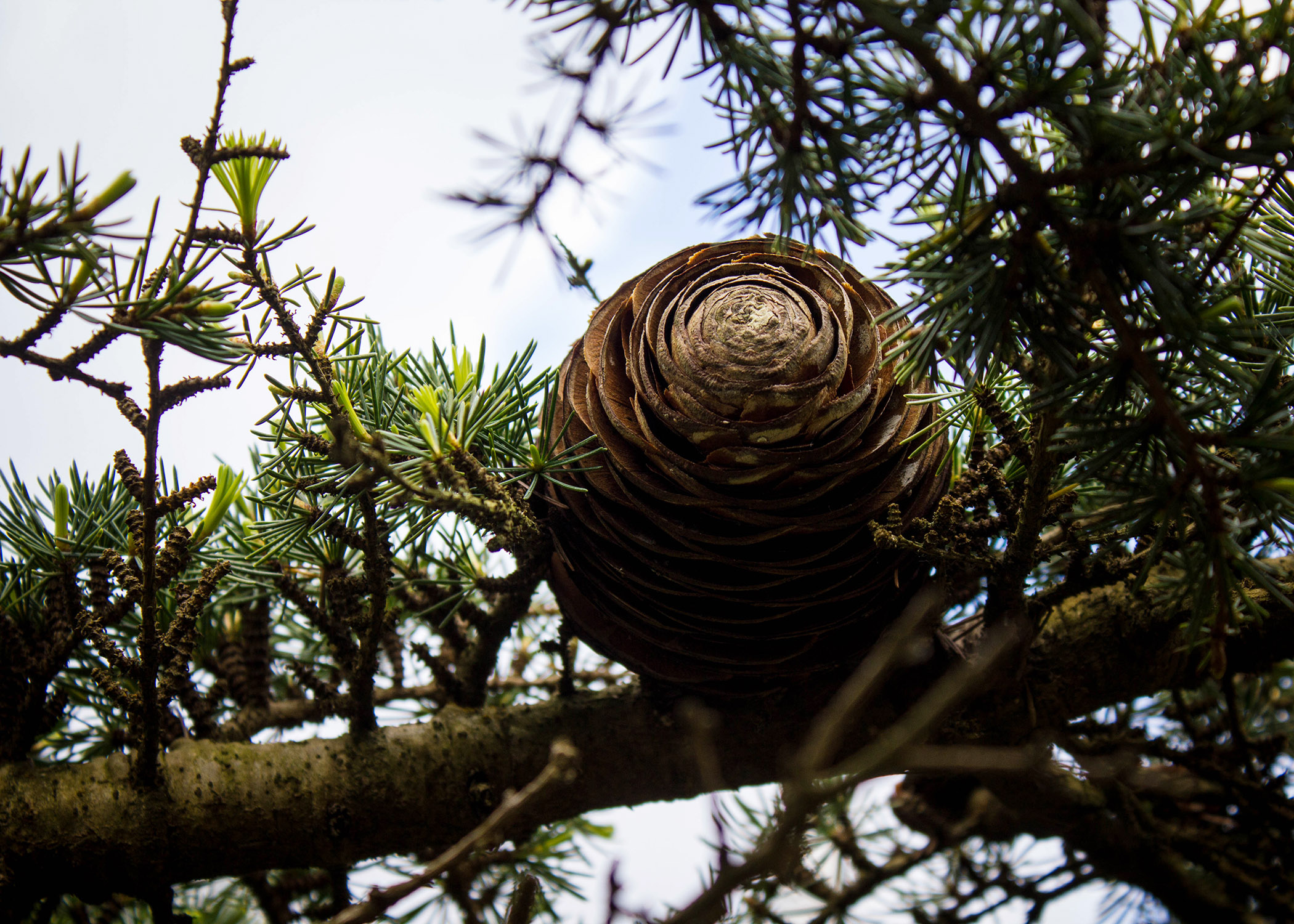 Native hardwoods are extensively planted in our woodland areas.  During the Queen’s Jubilee year this was augmented by establishing a native Jubilee Wood in the Hoopern Valley, in partnership with the woodland trust.

The campus also reflects some of the history of nurserymen in Exeter, who were involved in the hybridisation of exotic species such as the Exeter Elm and the Lucombe (Exeter) Oak.  The Lucome Oak is a cross between a Turkey Oak (Quercus cerris) and the Cork Oak (Q. suber).  It has evergreen foliage and fertile acorns.  Like some other hybrids it also displays vigorous growth.

It was first found in the 18th Centrury by William Lucombe on his Exeter nursery, which occupied the area now known as Pince’s Gardens in St. Thomas.  Subsequent generations of the original hybrid can be variable in their appearance and character, but the University still have specimens of the original clone.

The Exeter Elm can be infected by fungus (osphiostoma) spread by the Elm Bark Beetle.  One of several diseases which are monitored, controlled and researched on our campuses.

We also have some smaller and rarer trees on campus e.g. Bursaria spinosa, from the Pittosporum family, native to Australsia.  It produces fragrant white flowers amongst Eucalyptus planting, but has not flowered often on the Streatham campus.

The Cherry Orchard, mainly plated with trees donated to the University, produces an impressive spring display on the lawns at the Washington Singer building.  Species include Prunus serrulata and P. tai haku (Great White Cherry). 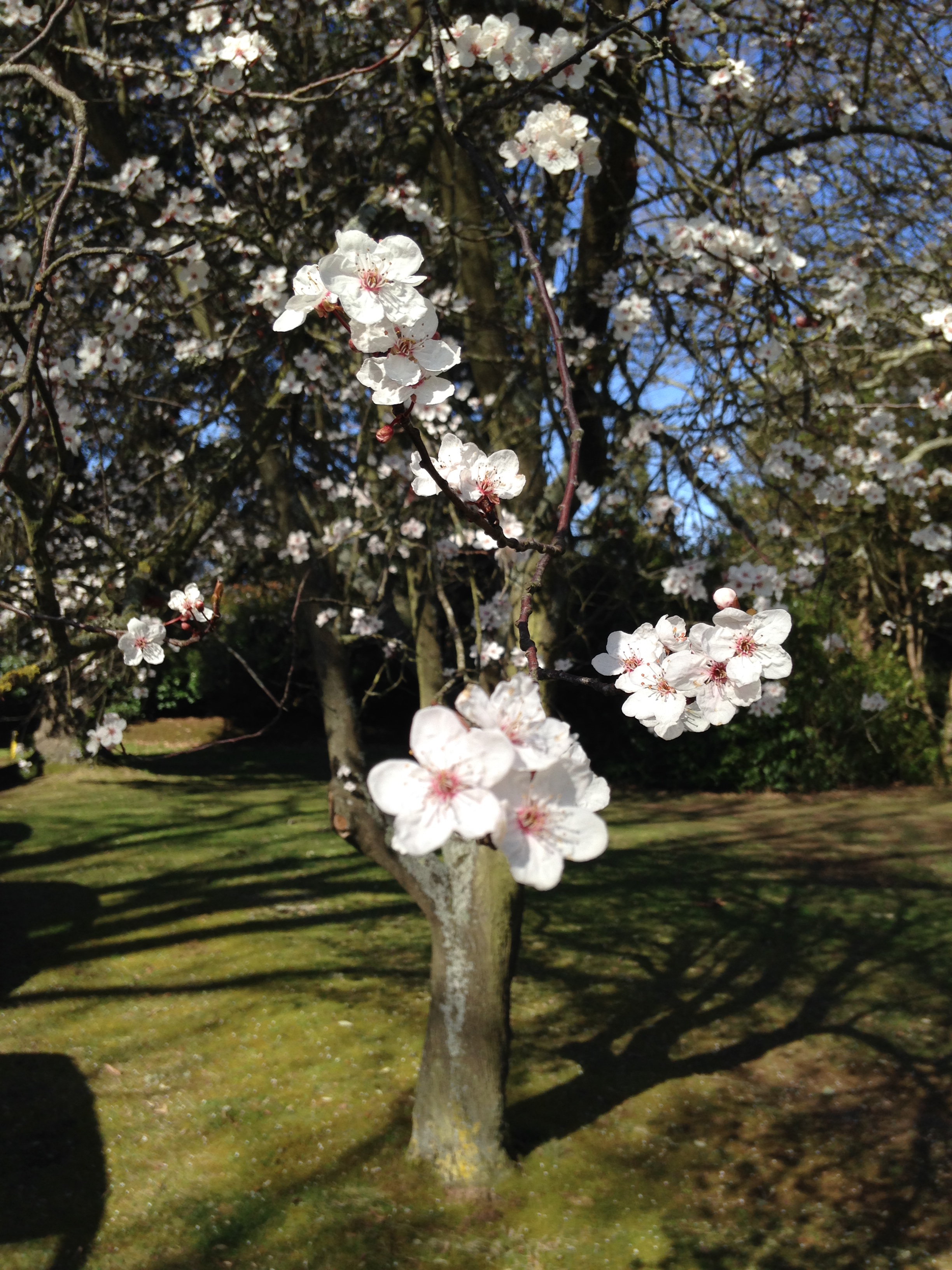 Our Community Garden on campus has recently planted a fruit orchard.  The varieties chosen are all associated with trees selected and grown in Devon.  These demonstrate that trees have commercial as well as aesthetic value.

The varied tree stock requires regular inspection and maintenance.  A number of the Grounds Team are skilled and qualified arborists, capable of working on trees on the ground and in the tree canopy.  They can also use a non-invasive tree decay detector (Picus), to provide more information on the condition of University trees.  We have also recently purchased a decompactor, powered by compressed air, which helps ensure mature tree roots can still actively take up water and nutrients, improving their health and longevity. 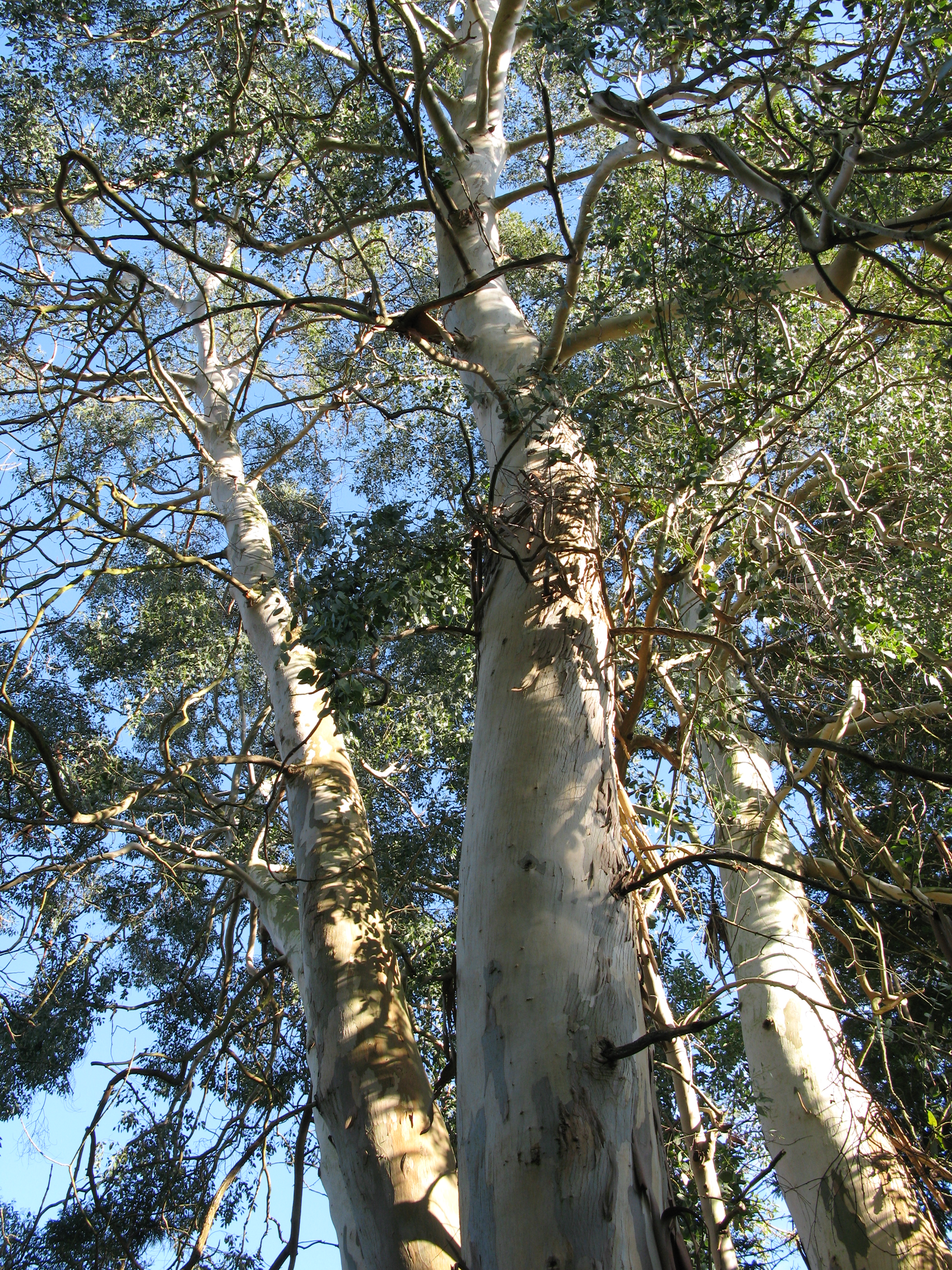 If we do, unfortunately, lose a tree, we attempt to replace it close by on campus – we take our custodial role seriously.  We are the current managers of an important landscape that we have to maintain and develop to ensure it will be there for others to enjoy in the future.

Before and after shots of a badly wind damaged willow near Higher Hoopern ponds.  We’re not keen on felling trees, but this one was deemed to unsafe to leave. 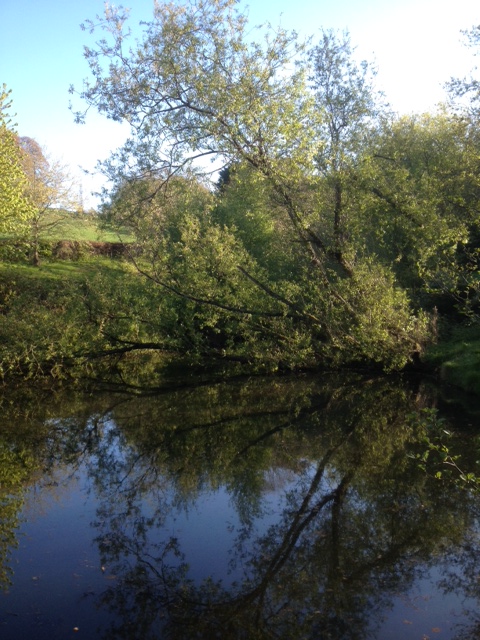 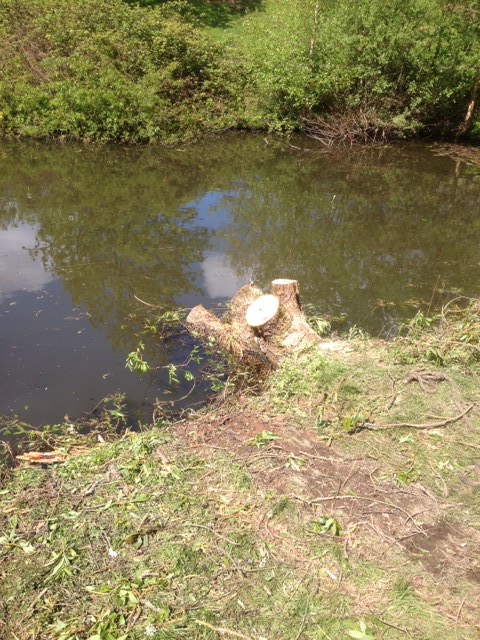 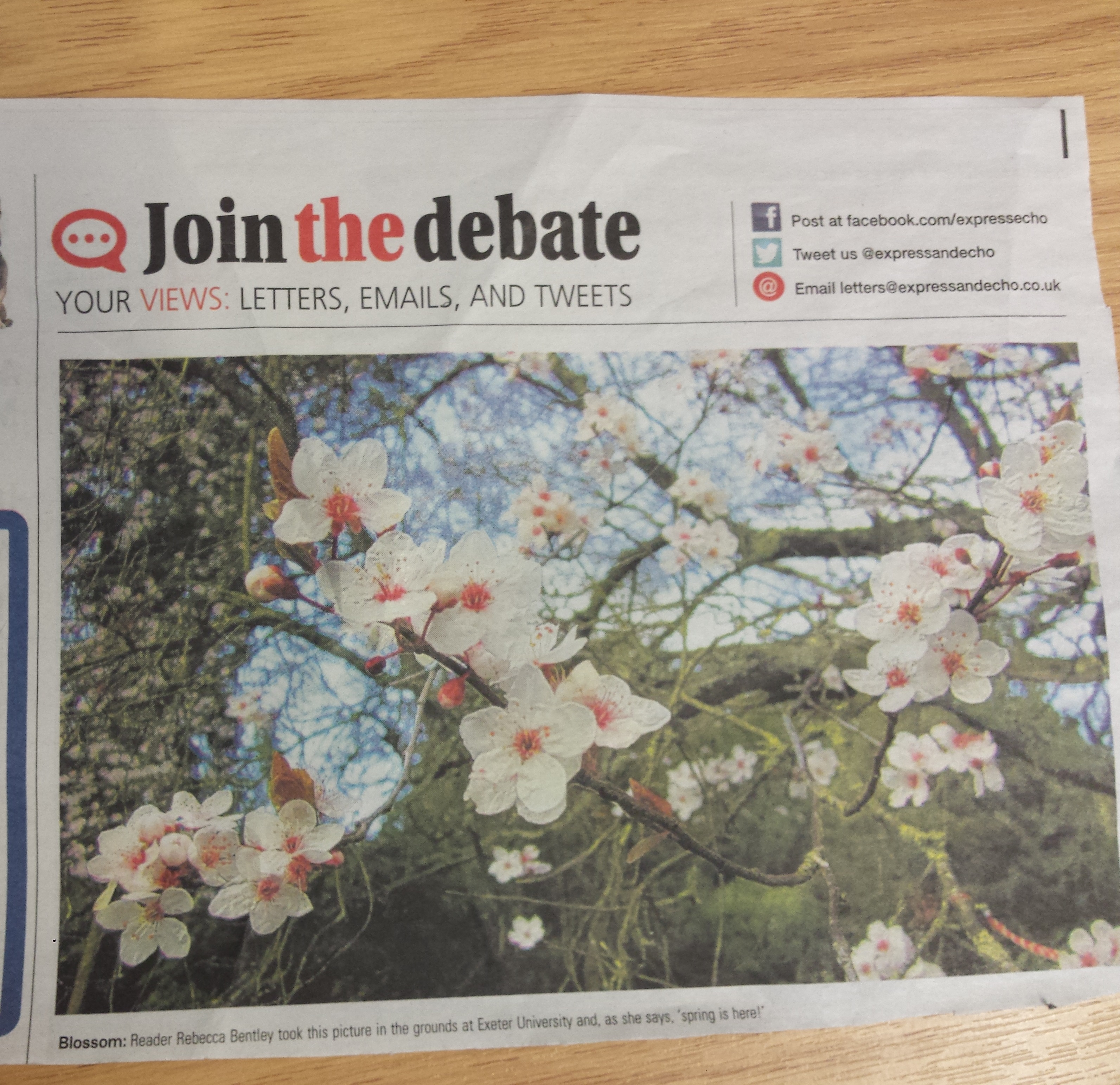 Some of our beautiful blossom made it in to the Express and Echo last week.

Just in case you were in any doubt, spring has definitely sprung on campus and the grounds are looking super in all this gorgeous sunshine!  The bottom of Stocker Road is looking particularly colourful. 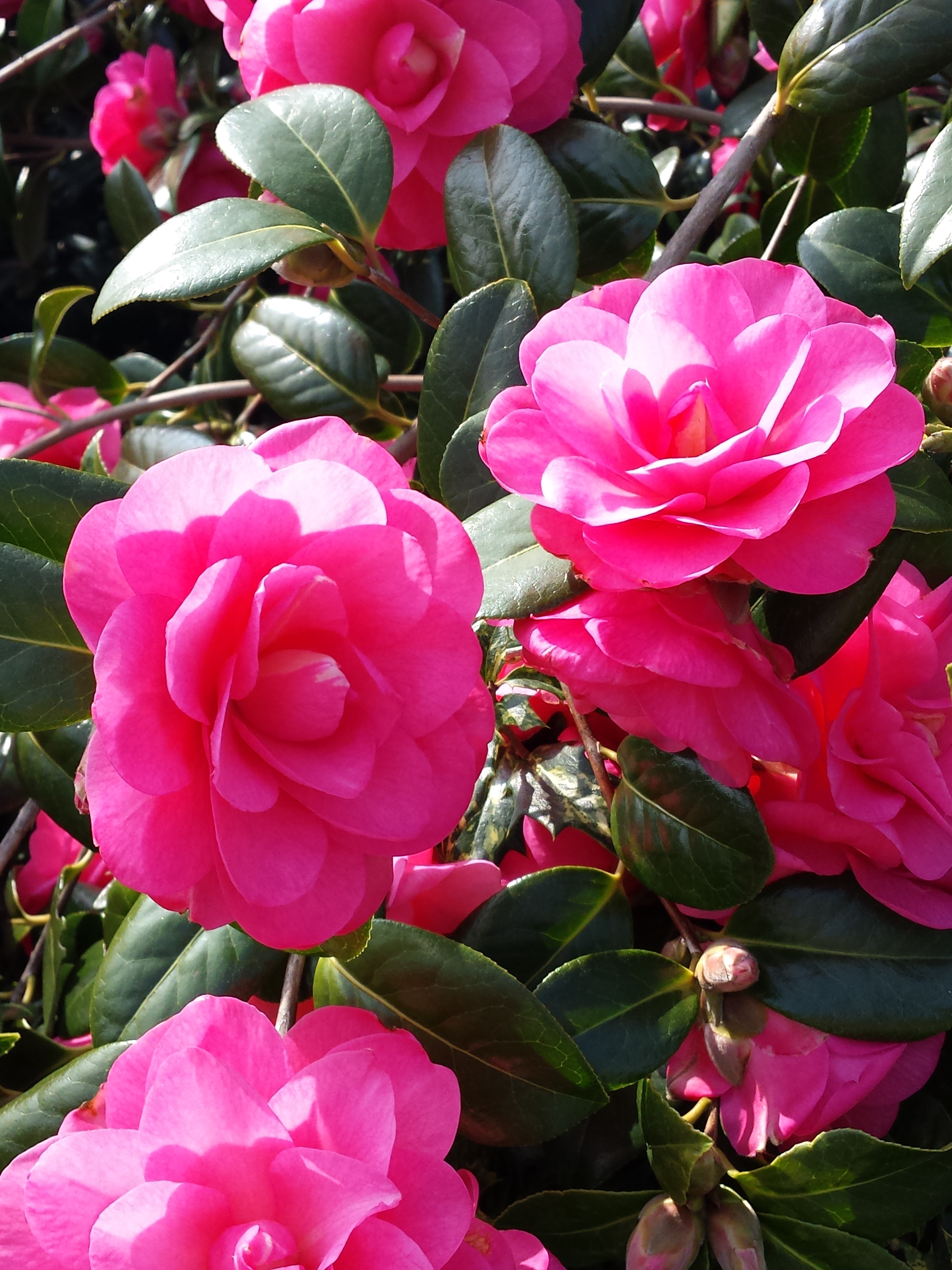 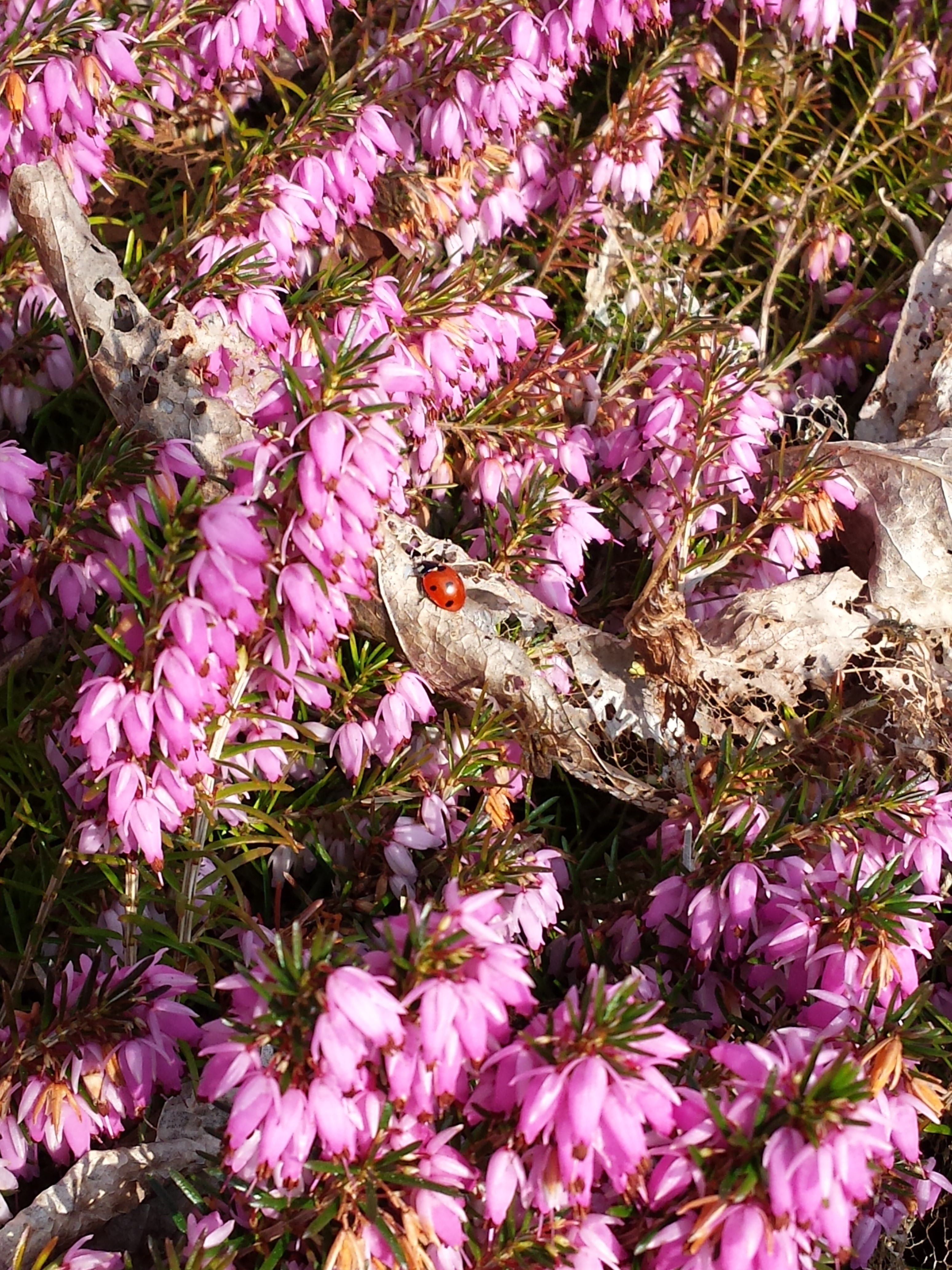 Ladybird in heather in the courtyard of Streatham Court 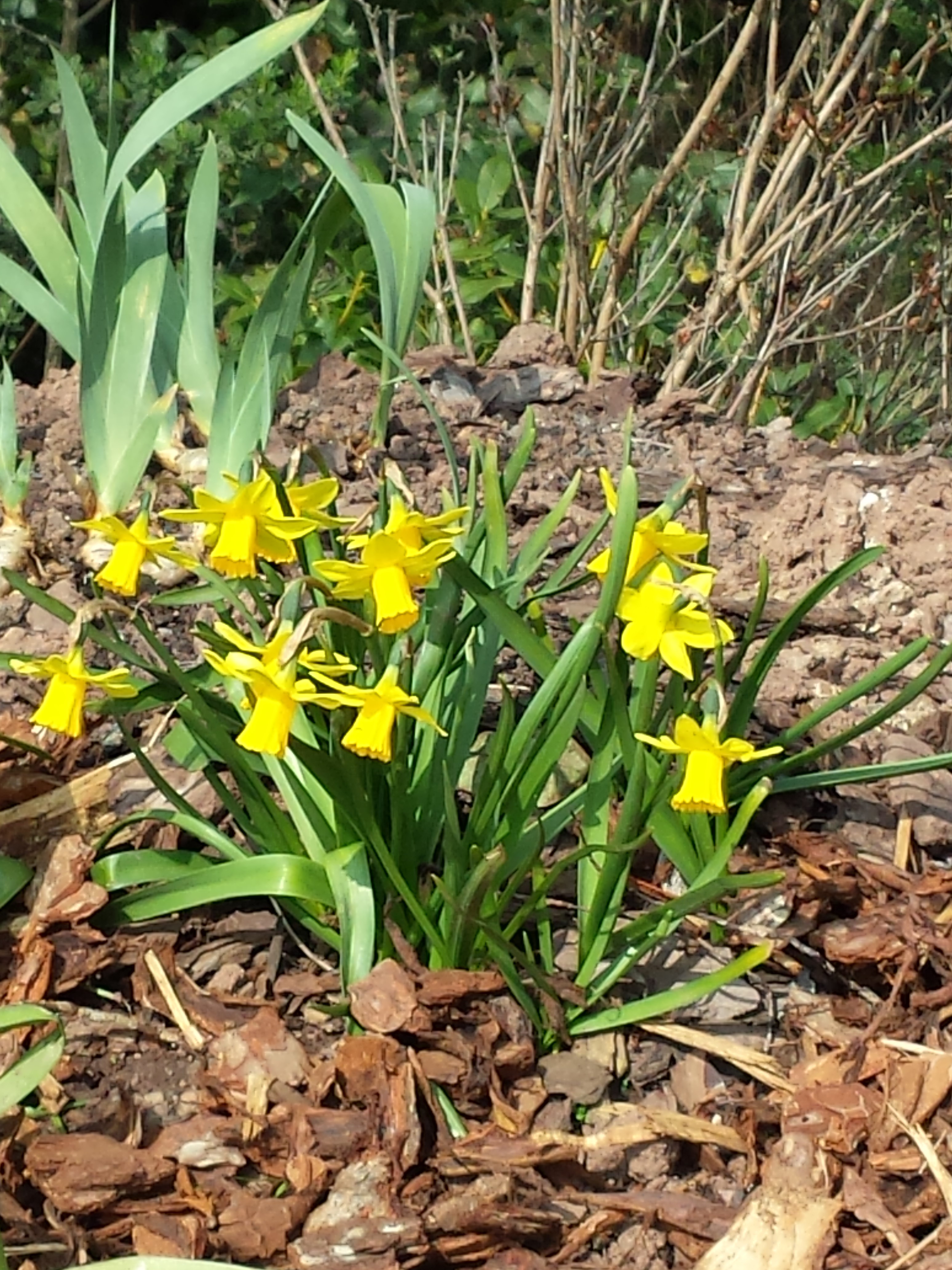 Narcissus near the pond 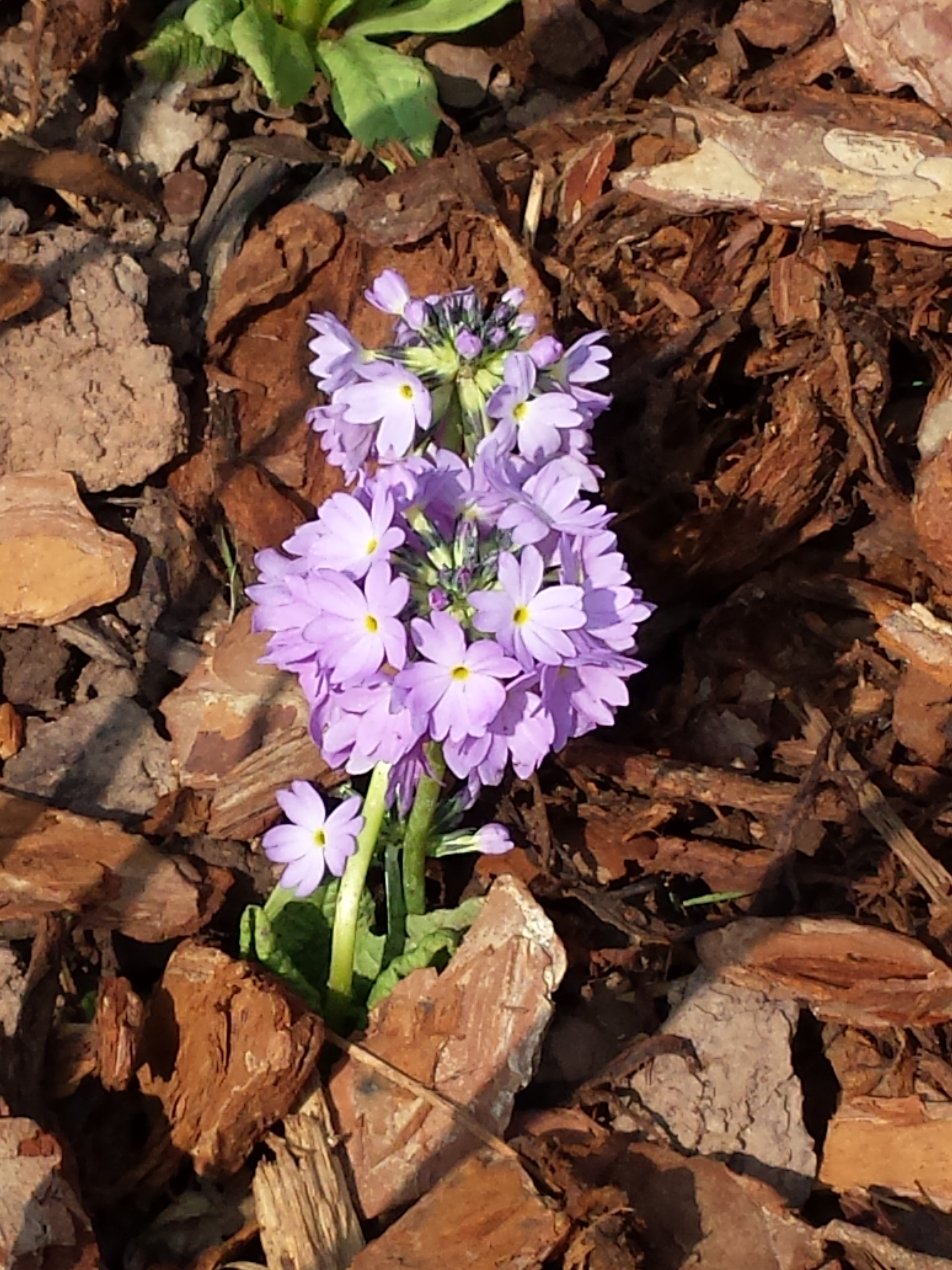 Primula near the pond 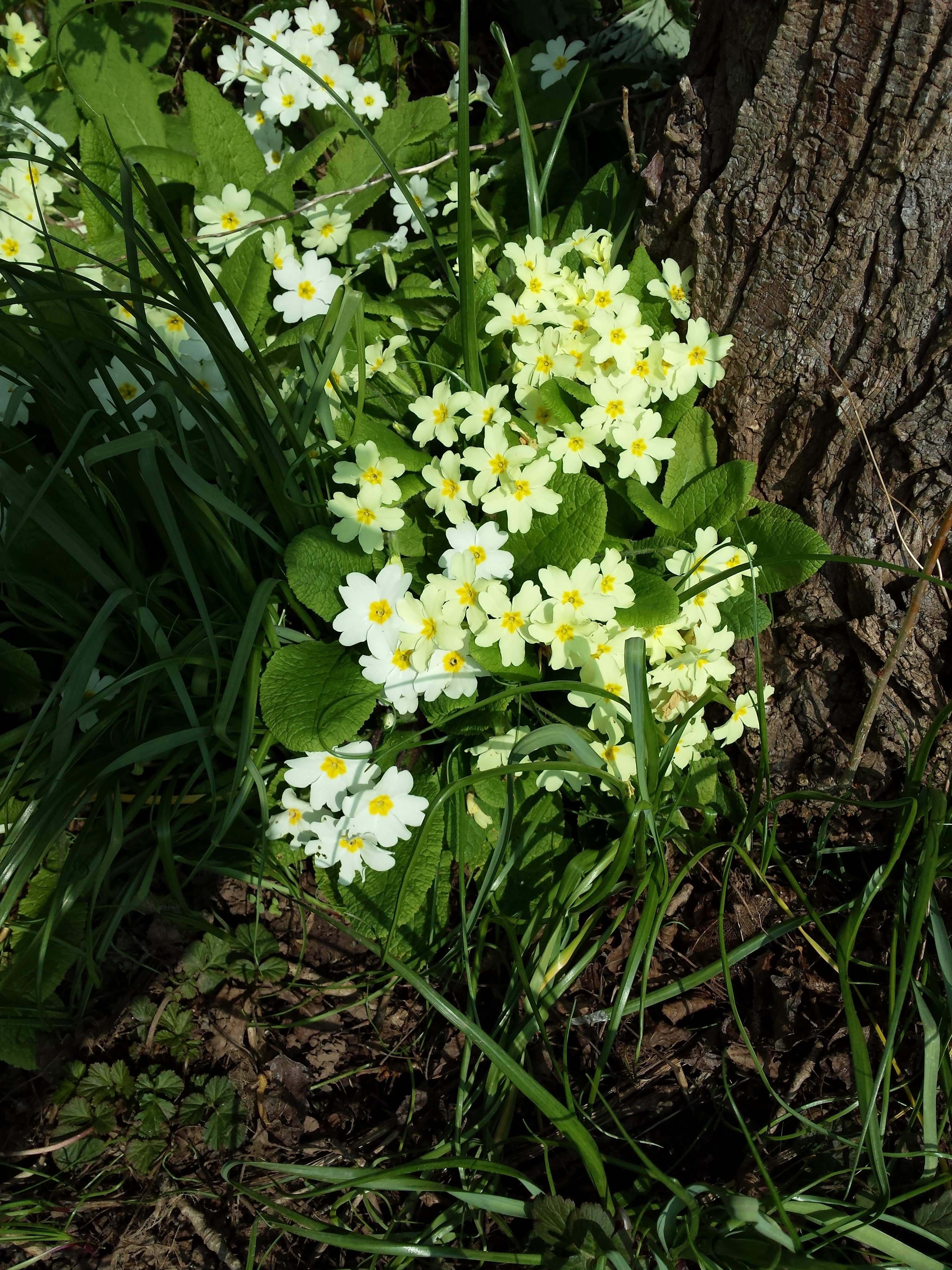 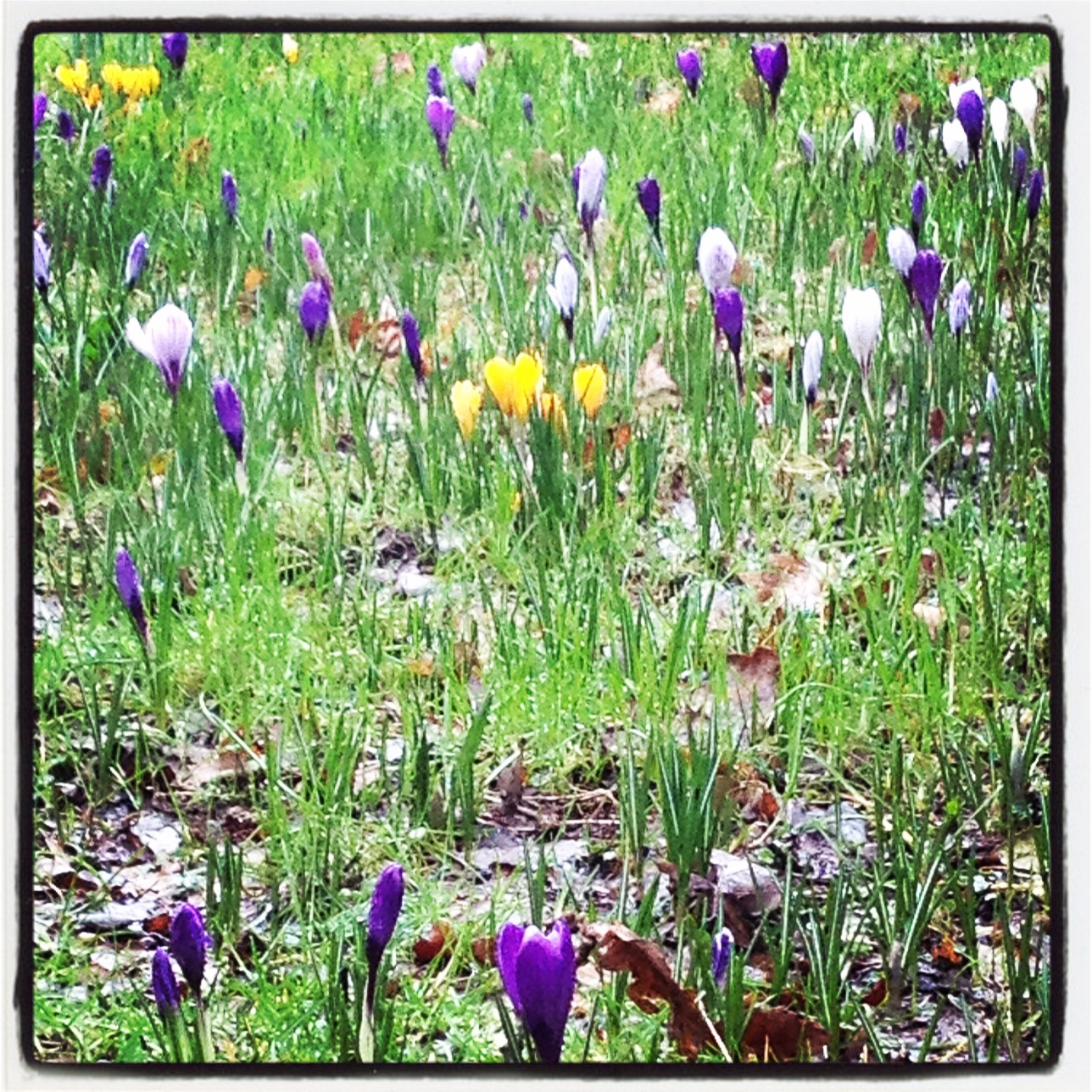 The Grounds Team will be having a stall in the next two markets taking place on the Forum Piazza, tomorrow and on the 5th December.  We will be selling autumn and Christmas wreaths as well as cyclamen (£6 each or 2 for £10), poinsettia (£5) and other indoor plants – ideal gifts for Christmas, it’s only 34 days away!

In addition to the above we will be selling table decorations with candles at the December 5th market. 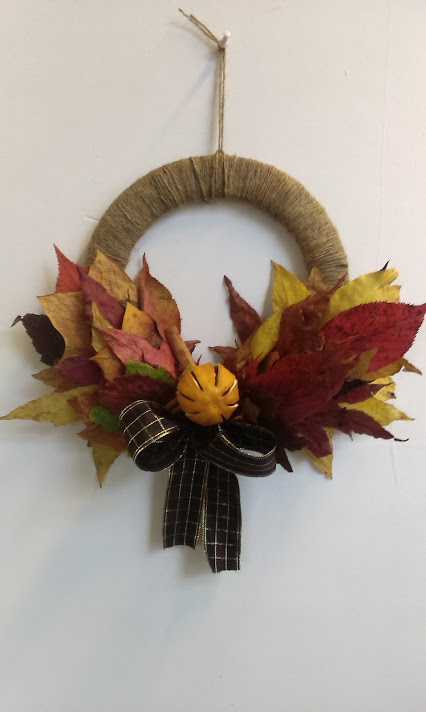 Sam, the Grounds Manager for the Central Estate team found this – who says invertebrates can’t be cute!  It’s the larva of a Calliteara pudibunda or Pale Tussock Moth. 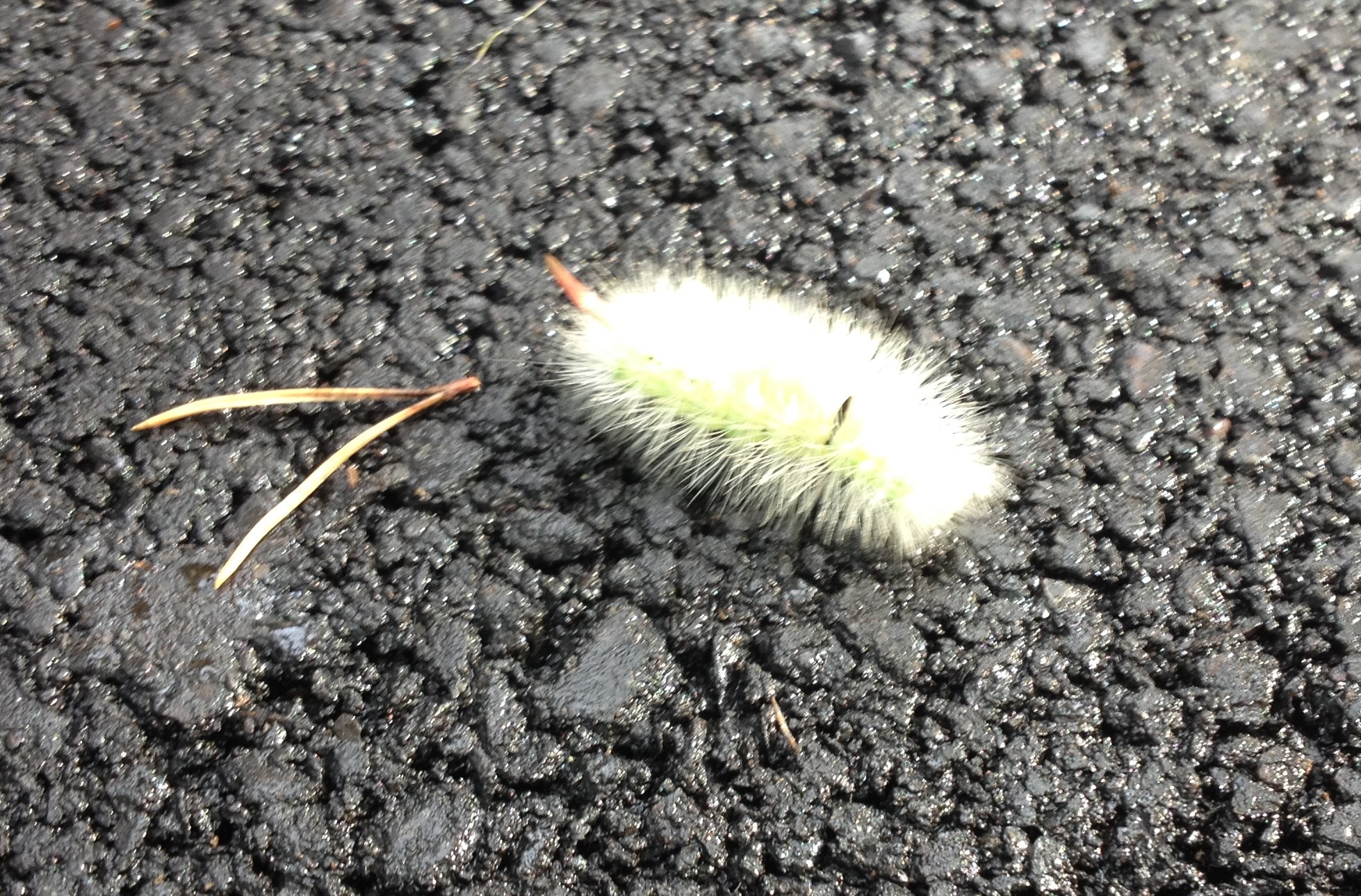 We are sad to report another act of vandalism on campus, this time a young Catalpa tree has been completely broken at the entrance to Lopes Drive near Pennsylvania Court.  The Grounds Team work hard to ensure that the campus looks good and the beautiful setting of the University is just part of what makes it such a great place to study and work.

We will be replacing the tree, in the meantime we would be very interested in any information regarding the incident, which can be reported in confidence to the Grounds office on 01392 725531. 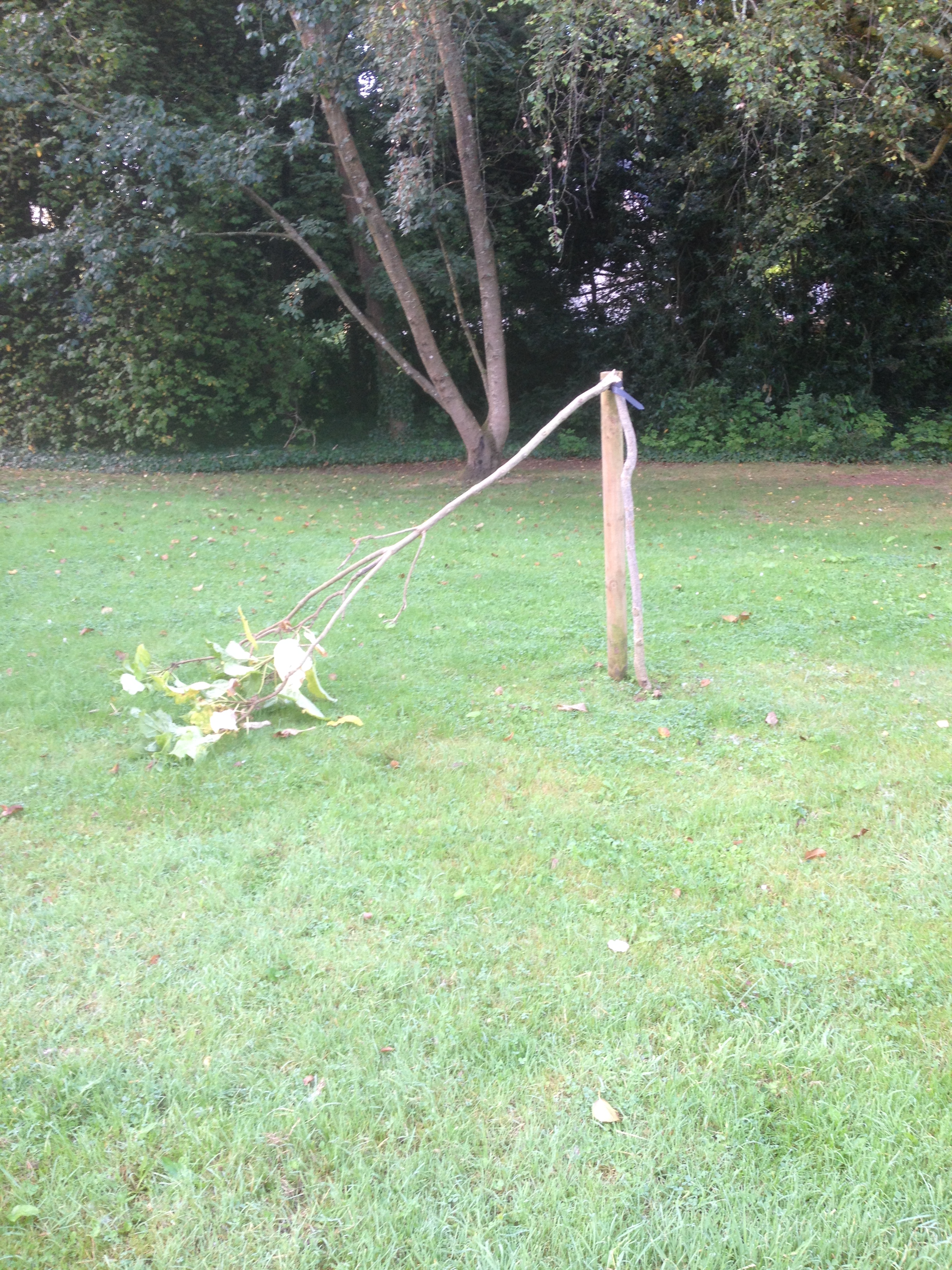 A podcast is now available of a recent interview given by Iain Park, the Director of Grounds, to Hannah Ruth Wakeford of Xpression FM, the University of Exeter’s student radio station.  The interview was on the topic of biodiversity on the University campus and the sustainability of the grounds.

Listen to it here.