The Grounds Team have proudly celebrated the successful re-achievement of  the prestigious Green Flag Award for 2019/20 for our beautiful Streatham Campus and St Luke’s Campus.

The Award is the mark of a quality park or green space which has achieved the international standards for open space excellence and reflects the hard work that our dedicated team put into maintaining and nurturing our grounds to the highest standards. 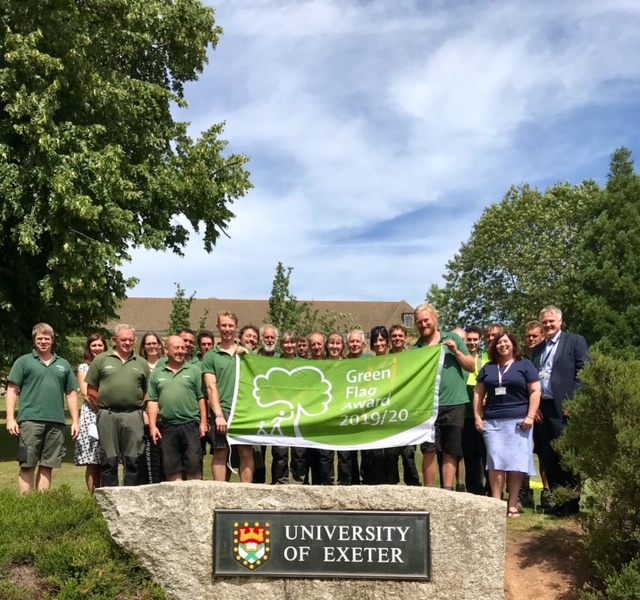 We are delighted to announce that we have again received the prestigious Green Flag Award for both our Streatham Campus and our St Luke’s Campus!

The Award is the mark of a quality park or green space which has achieved the international standards for open space excellence.

The Grounds team work hard throughout the year nurturing our beautiful grounds and we are extremely proud of this achievement and the wonderful grounds that we have the privilege to work in and enjoy. 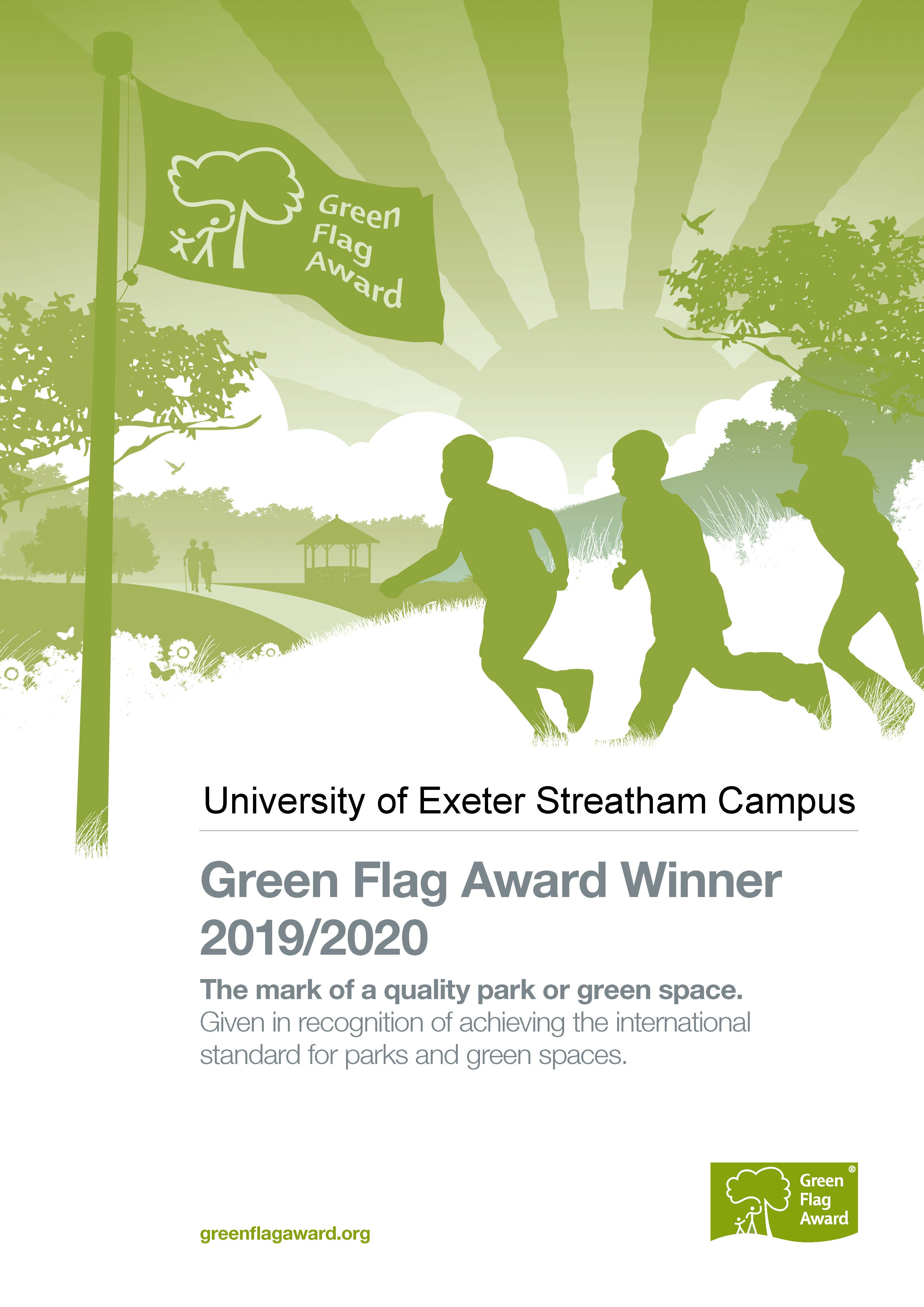 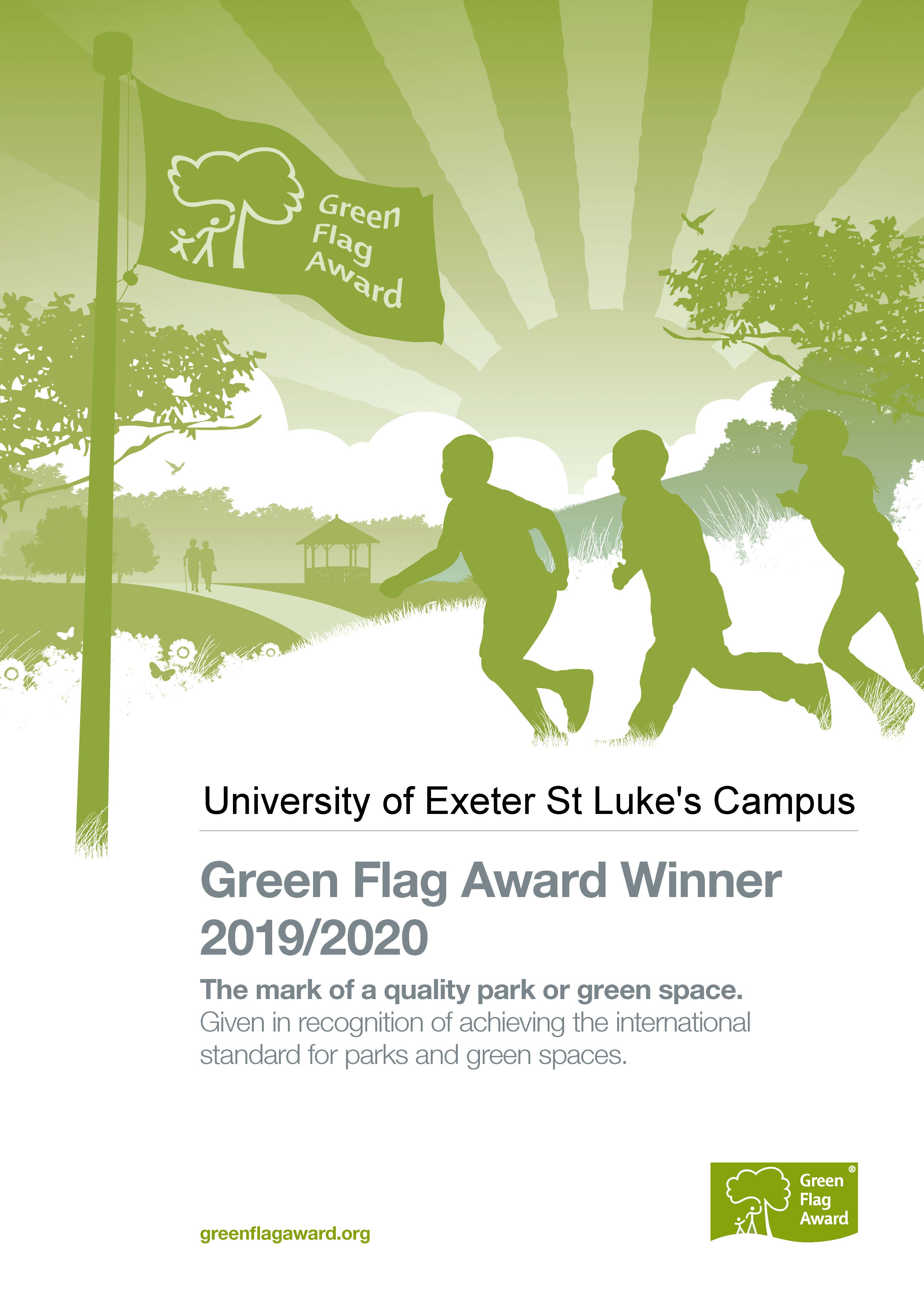 The University of Exeter Streatham and St Luke’s Campuses have re-achieved the Green Flag Awards for 2017/18 and are among the nominees in a vote for the UK’s favourite spaces.

The campuses were among almost 1,800 UK sites to win awards and all are now part of a public vote to find the top 10.

Voting for the People’s Choice Awards is open throughout September, with the results due to be announced on Wednesday 11th October. Please vote for our campuses at http://www.greenflagaward.org.uk/news/which-is-your-favourite-park/

Iain Park, Director of Grounds at the University of Exeter, said “We were delighted to re-secure the Green Flag Awards and the public vote is another chance to make people aware of the University’s beautiful grounds. We are proud of the horticulture and open space maintenance that our staff manage to achieve for students, staff and visitors to enjoy as part of continued promotion of the University”.

The Green Flag Award scheme is run by Keep Britain Tidy and last year tens of thousands of people voted for their favourite park or green space. 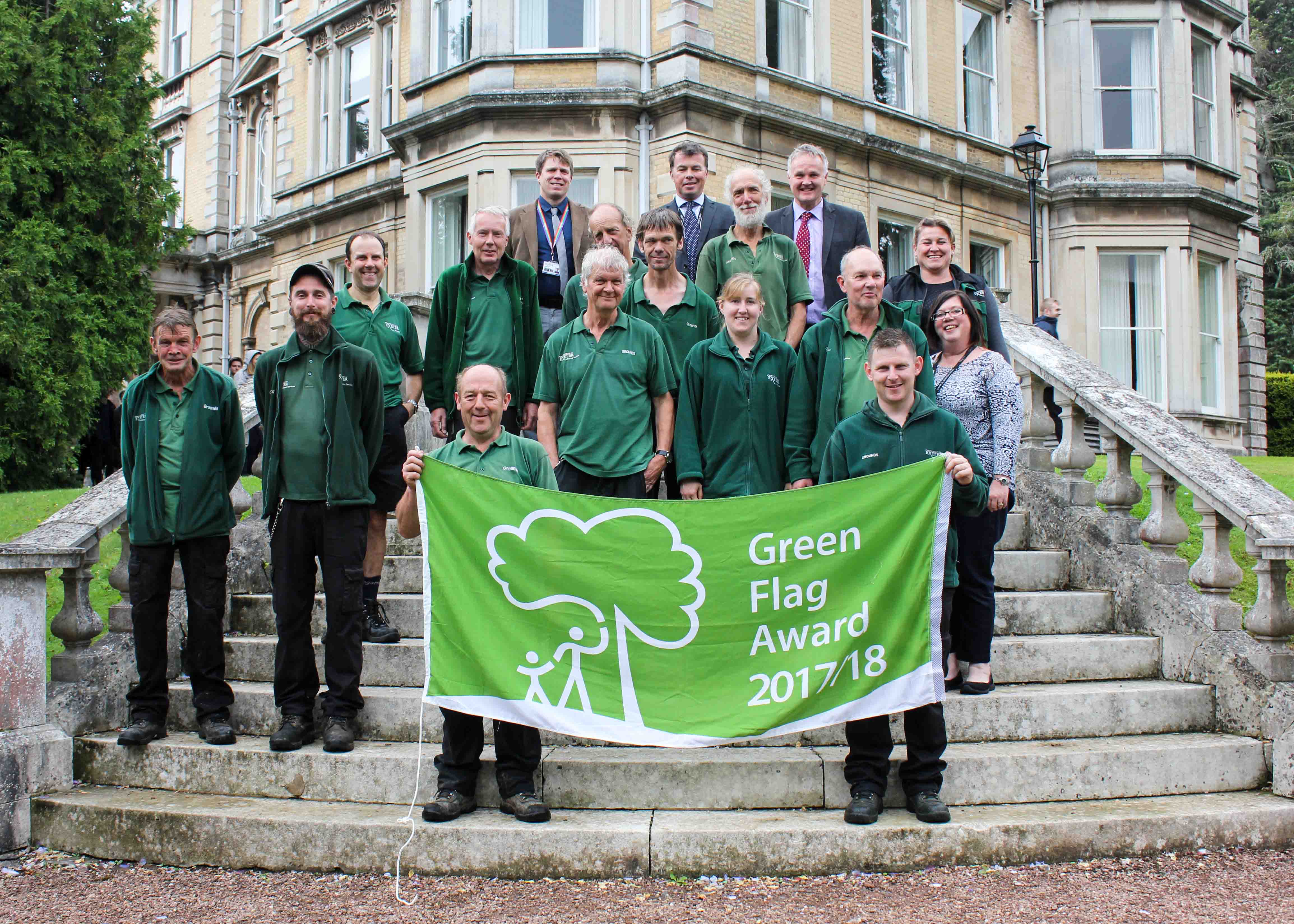 We are delighted to announce that once again we have been awarded the Green Flag Award for both our Streatham Campus and our St Luke’s Campus; a sign to visitors, staff and students that the grounds are maintained and managed to the highest standards with excellent facilities.

The Award reflects the hard work that our dedicated Grounds staff put into maintaining the University’s grounds and we are all extremely proud of this achievement and the beautiful grounds we work in. 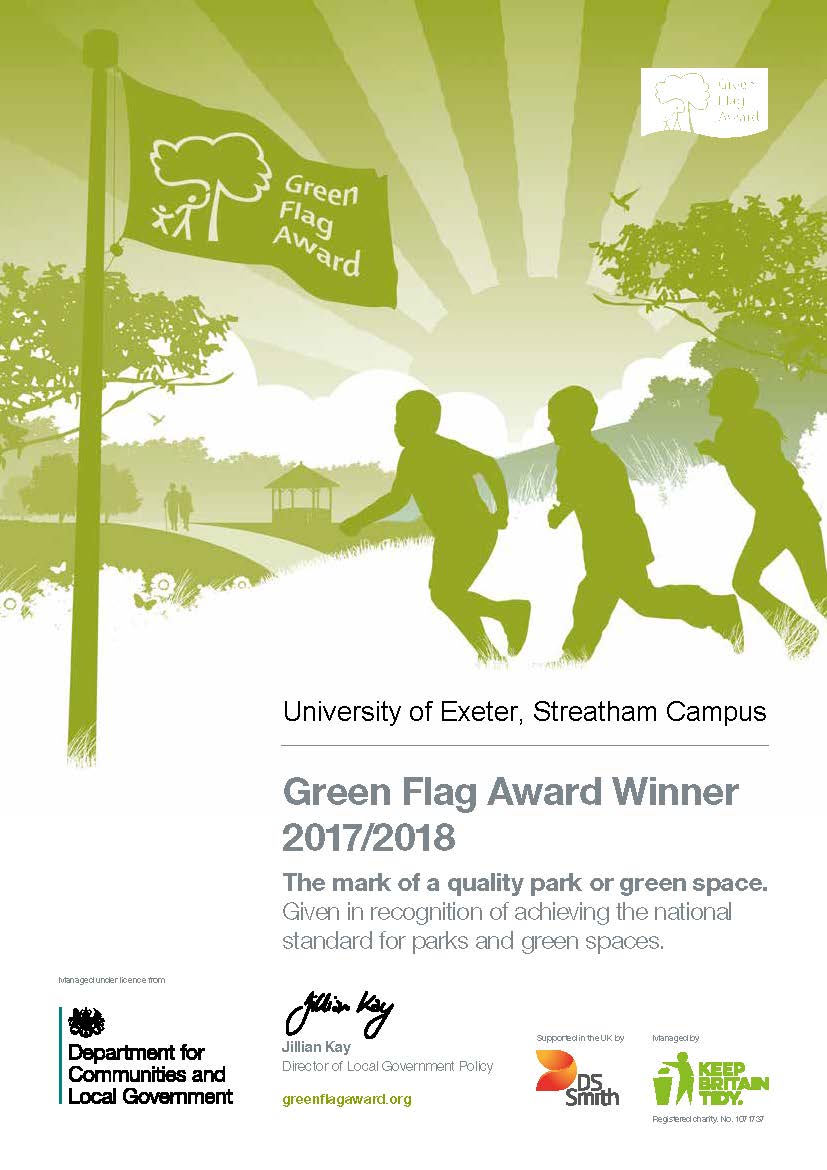 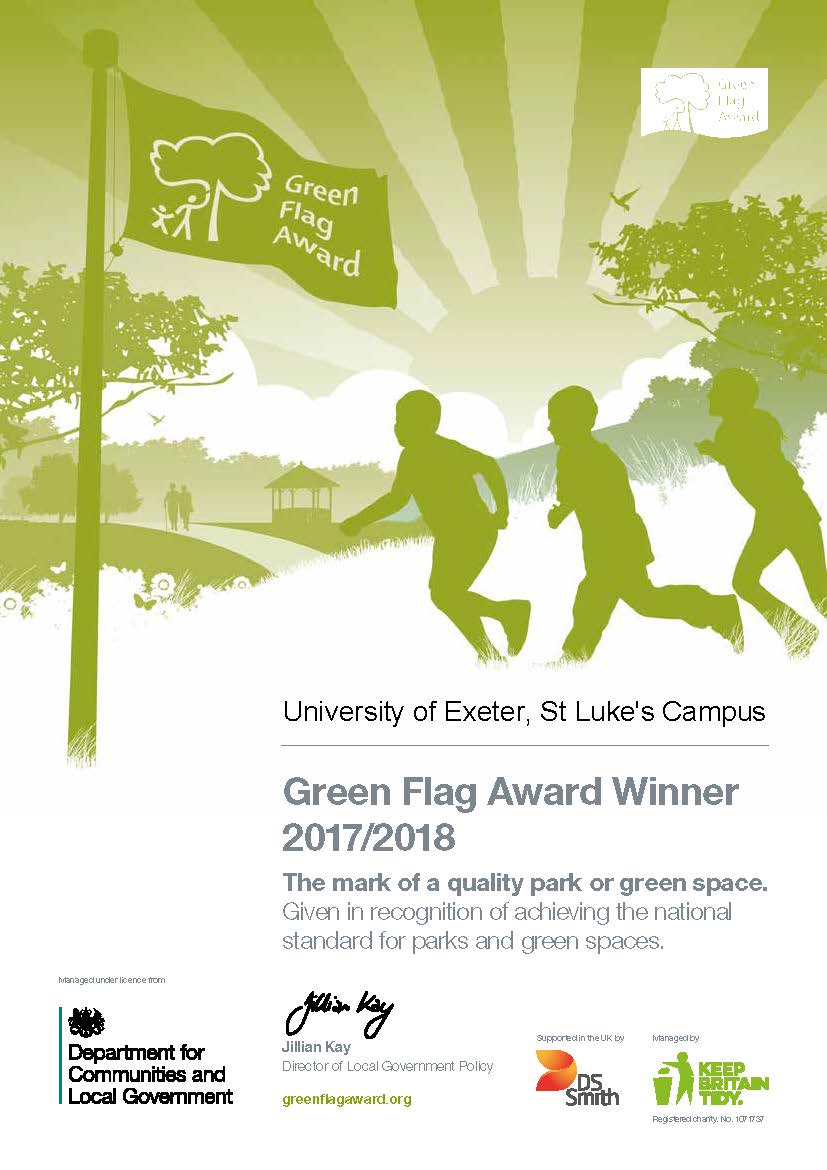 We are pleased to announce that we have updated our Horticultural Highlights guides for Streatham Campus and St Luke’s Campus. 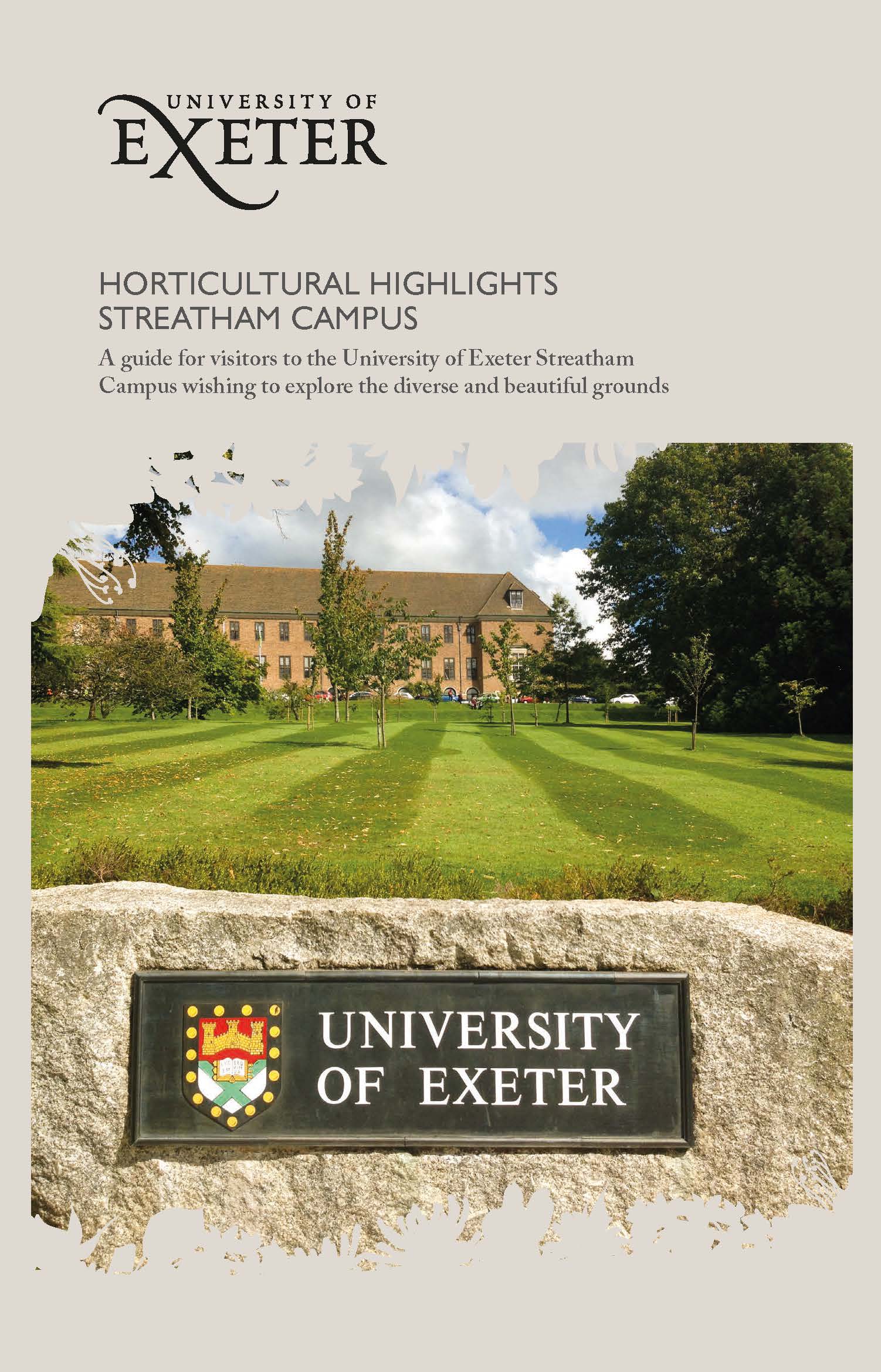 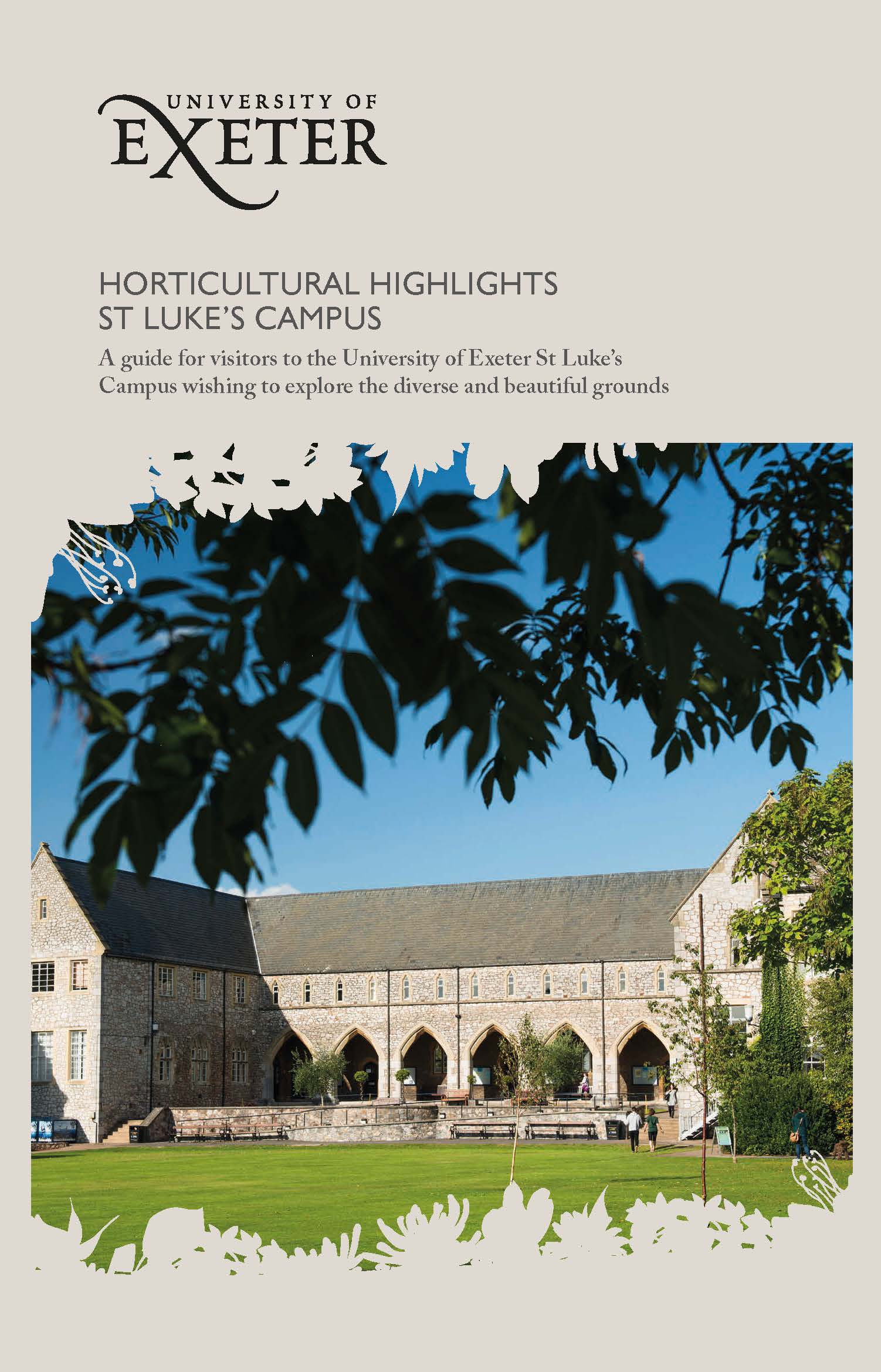 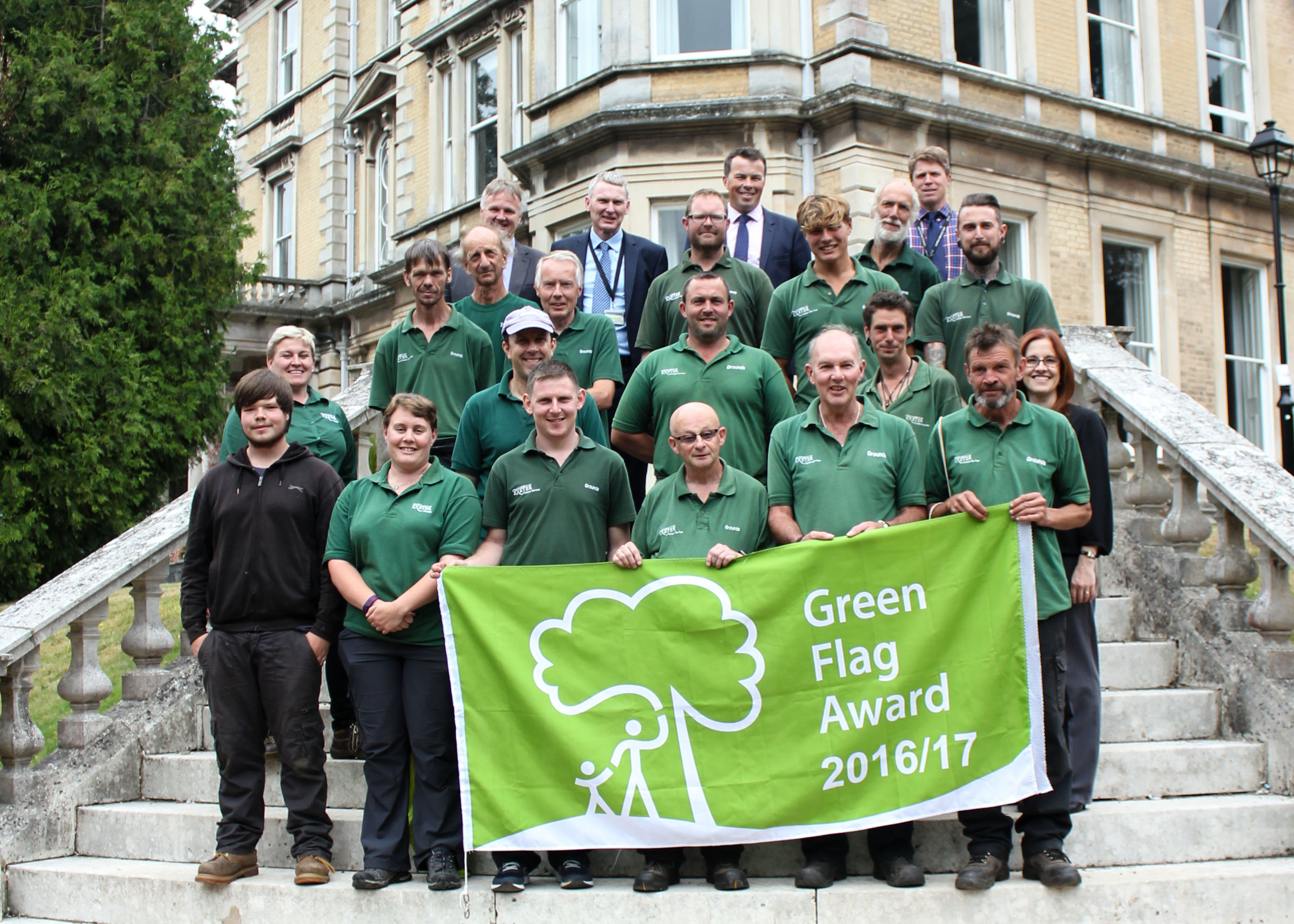 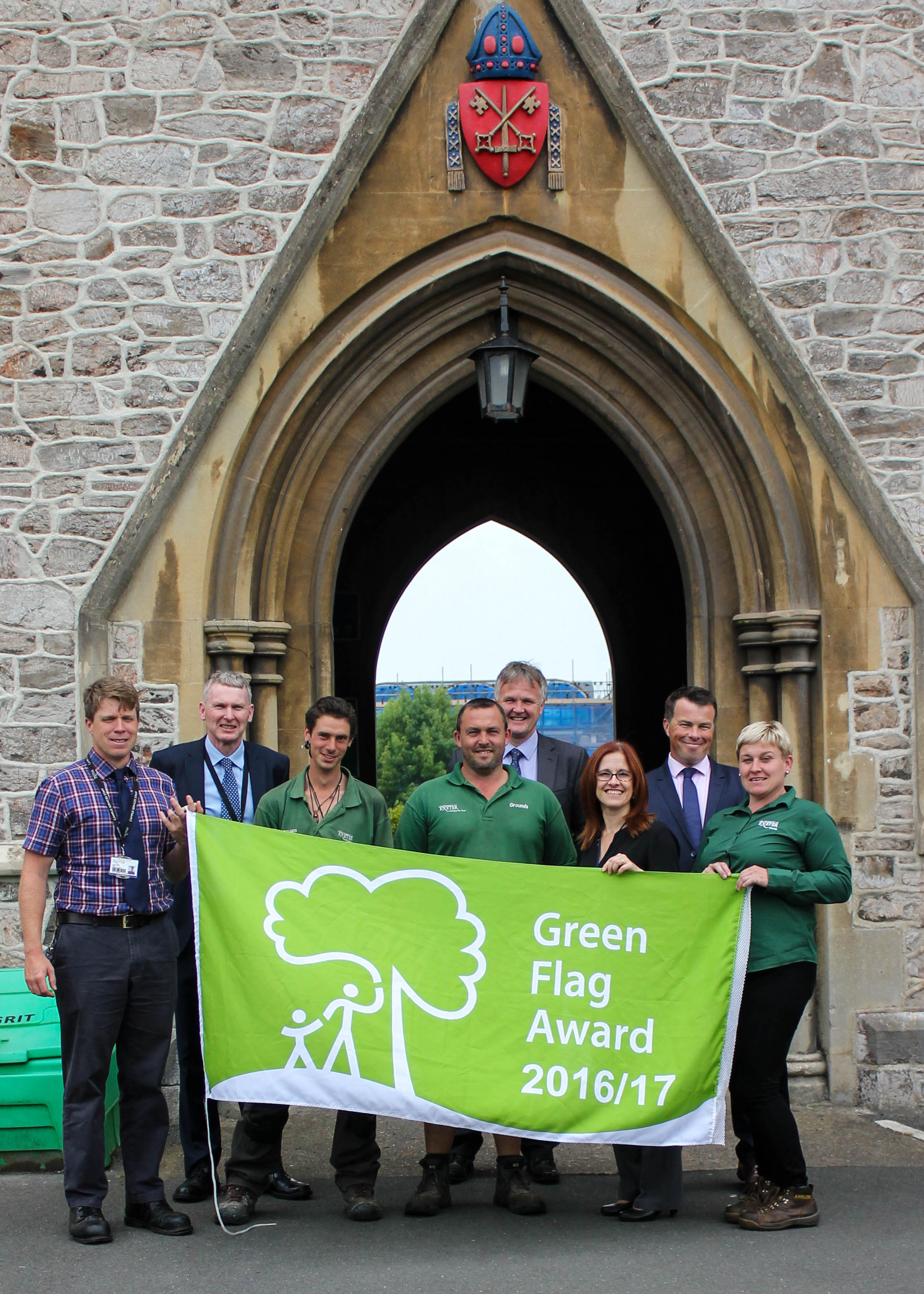 We are pleased to announce that we have been awarded the Green Flag Award again this year for both of our Exeter campuses.

The Green Flag is awarded for quality green spaces across the country, for more information, please visit the Green Flag website. 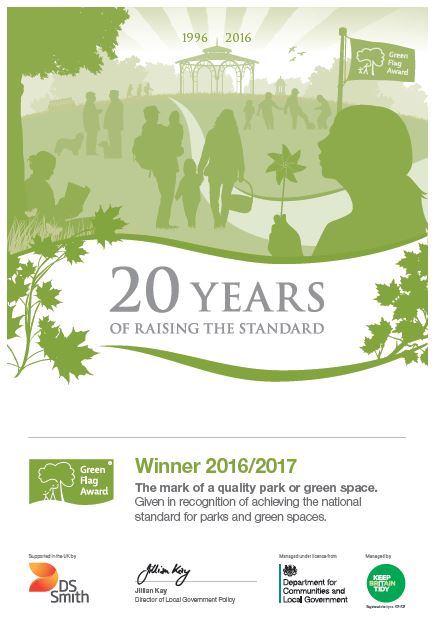 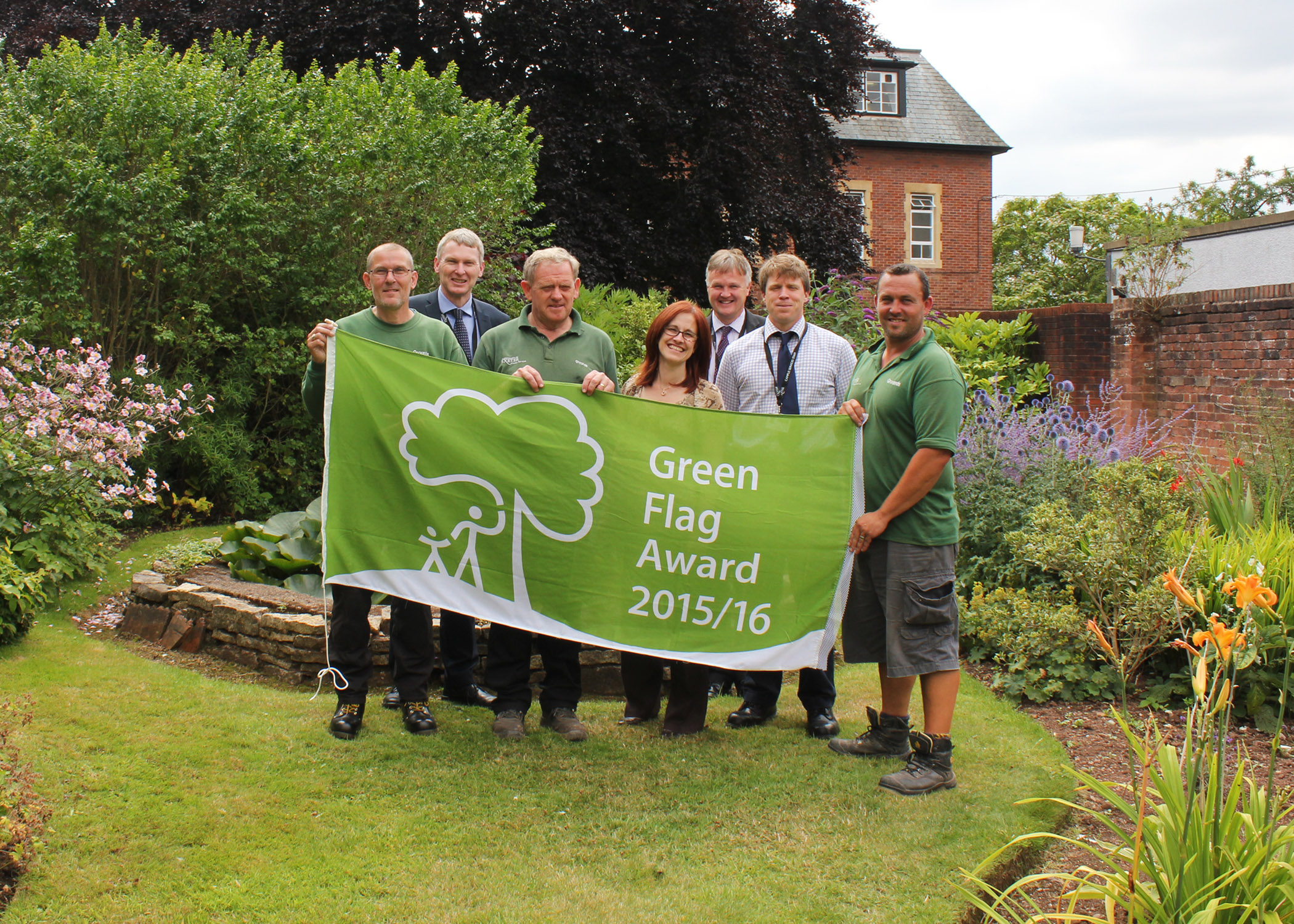 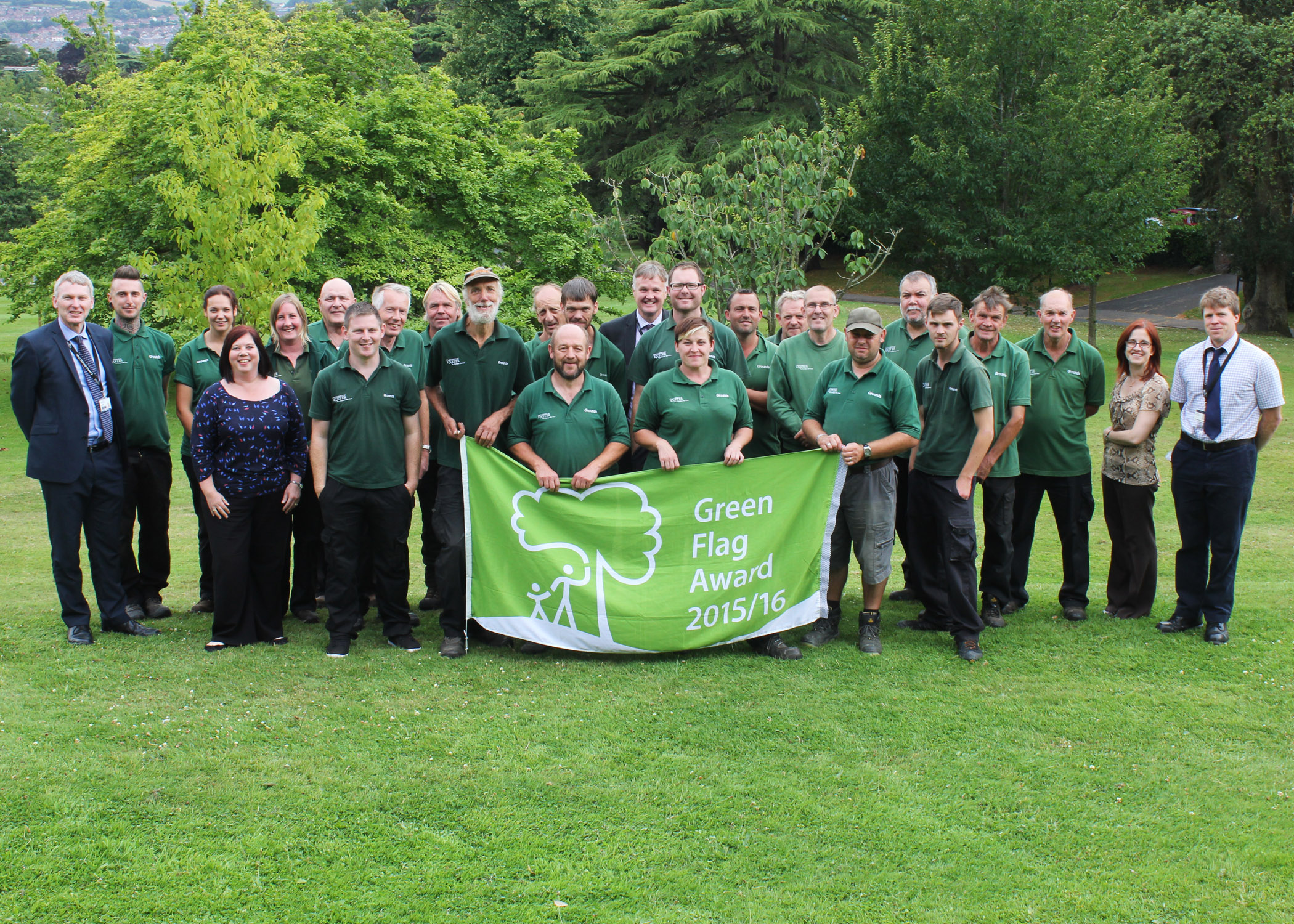 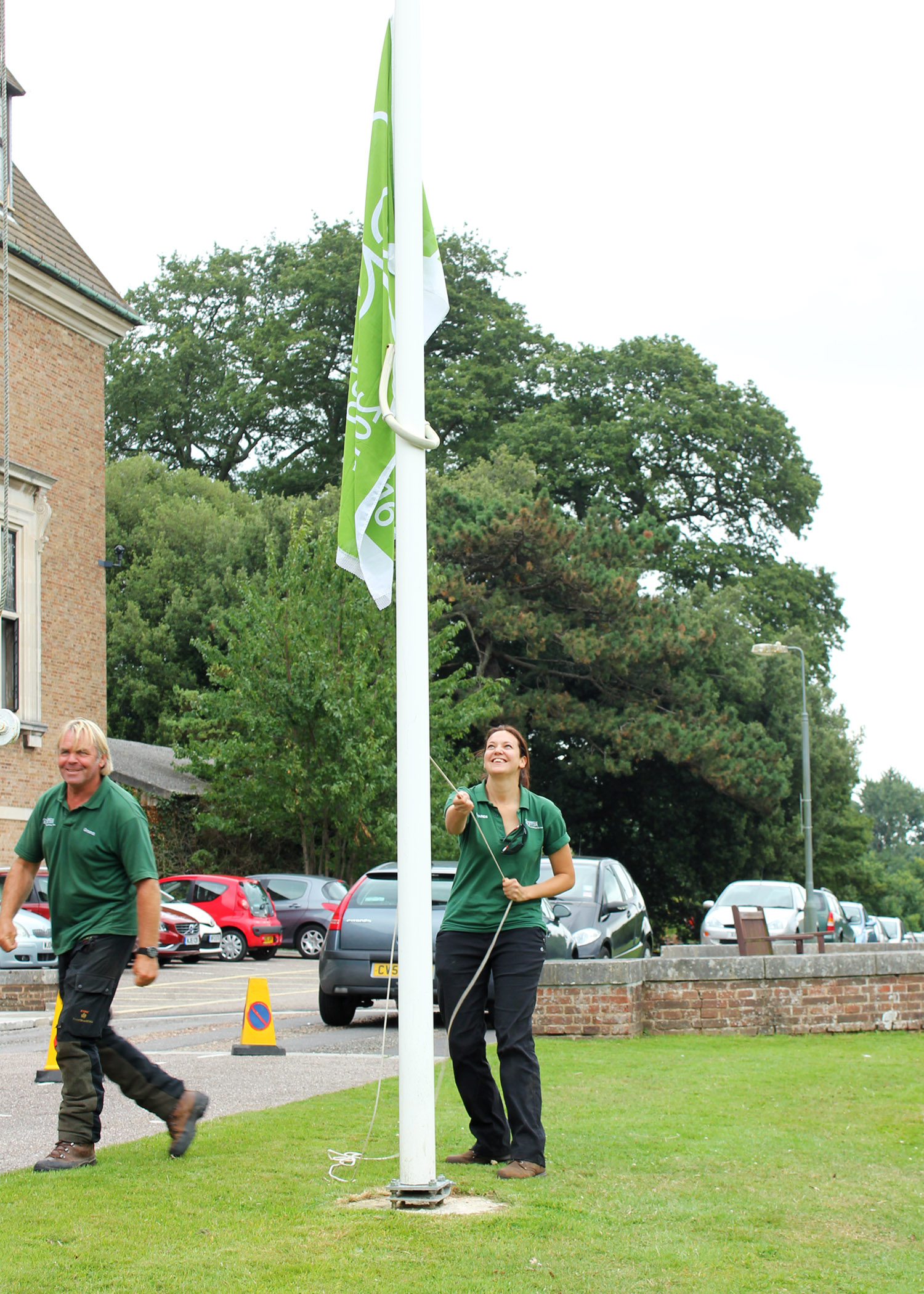 Kate raises the Green Flag (this was take two, after we had turned the flag the right way around – oops!) 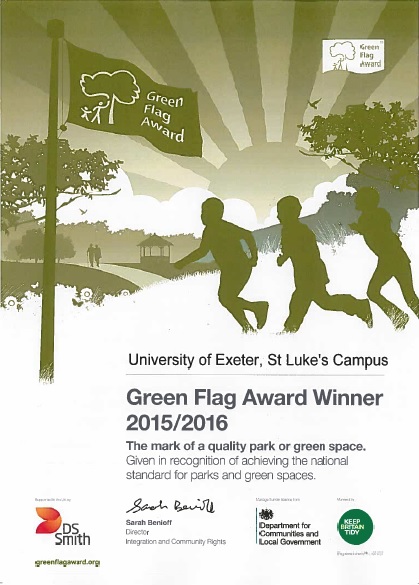 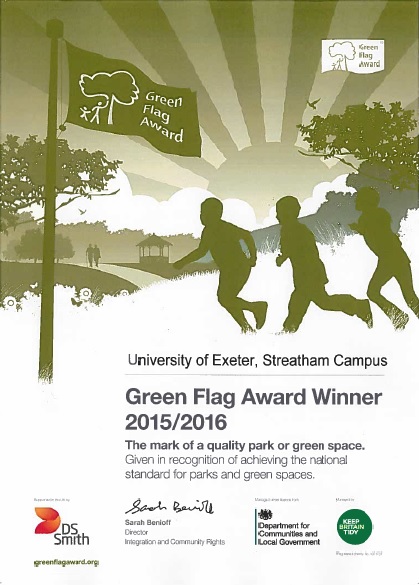 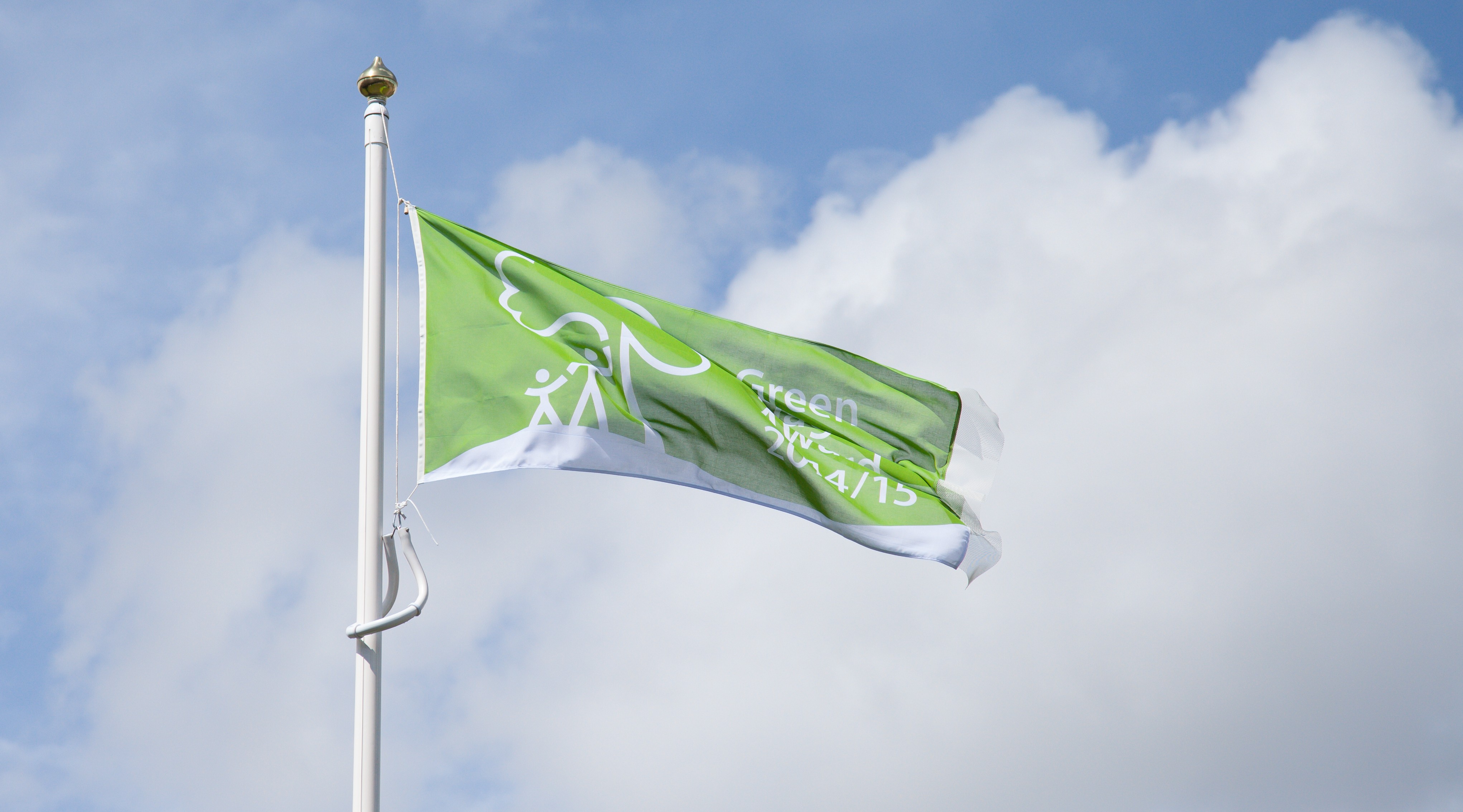 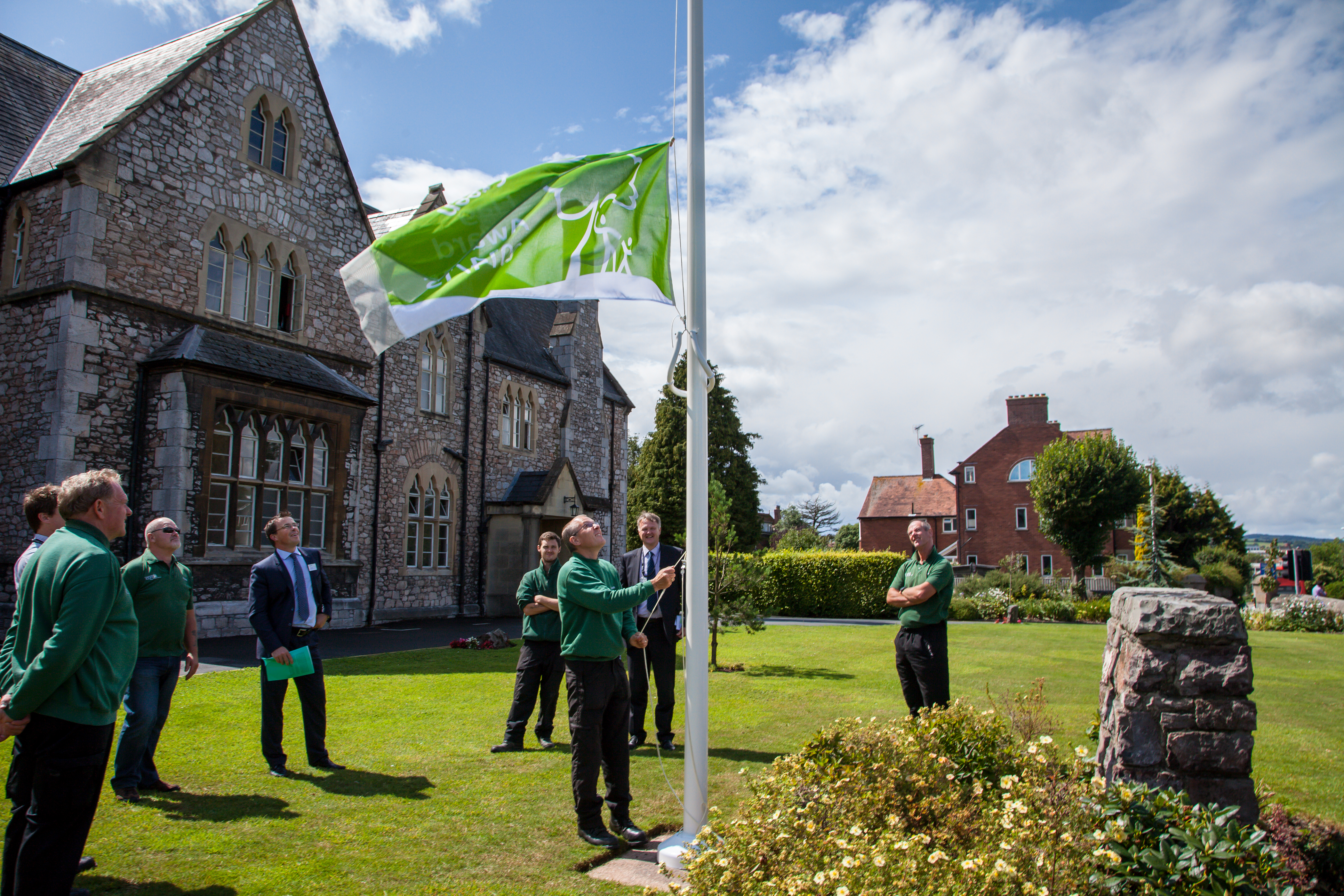 Andy, Senior Gardener, doing the honours at St. Luke’s with the Sports and St. Luke’s team 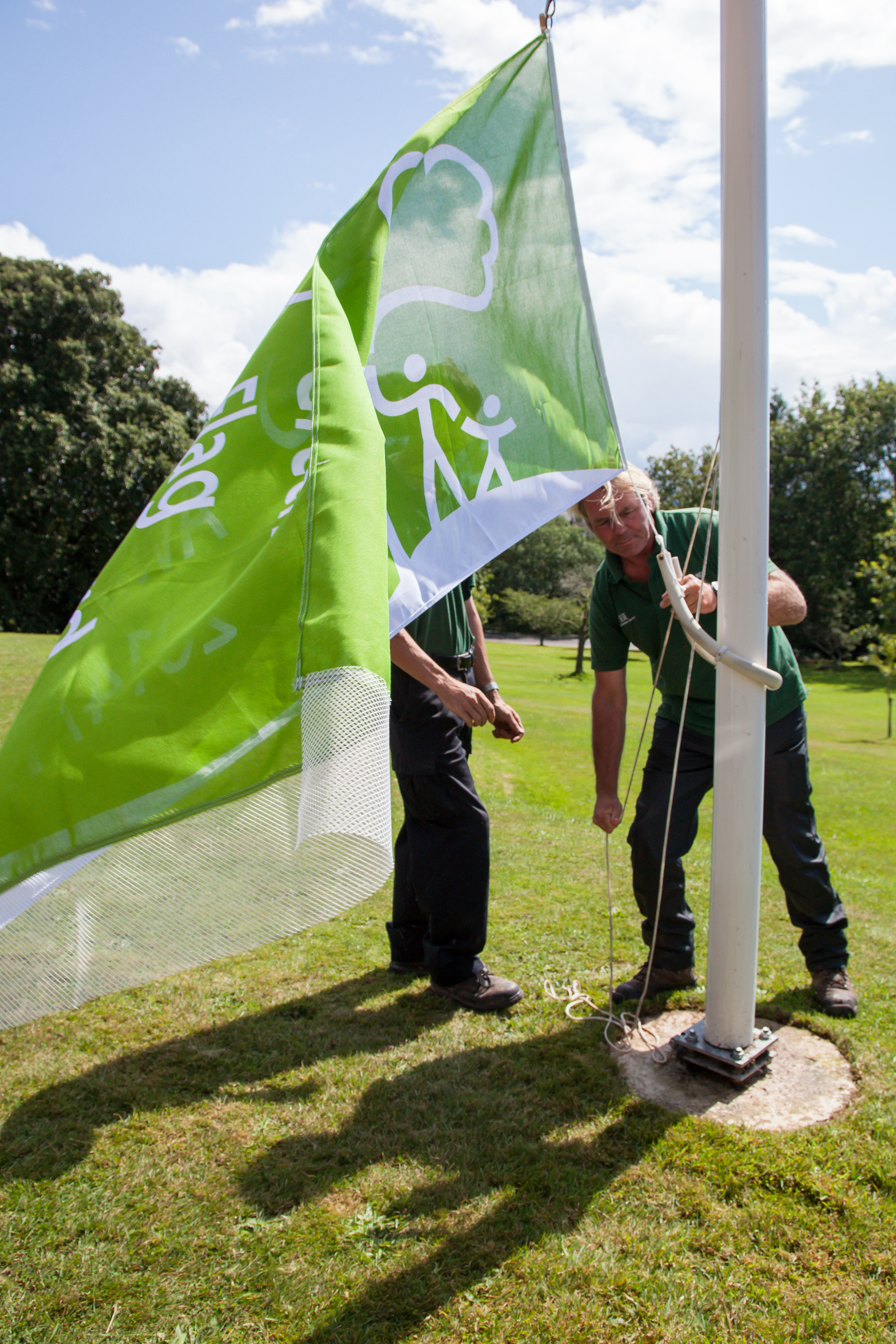 Terry and Clive prepare the flag at Streatham Campus 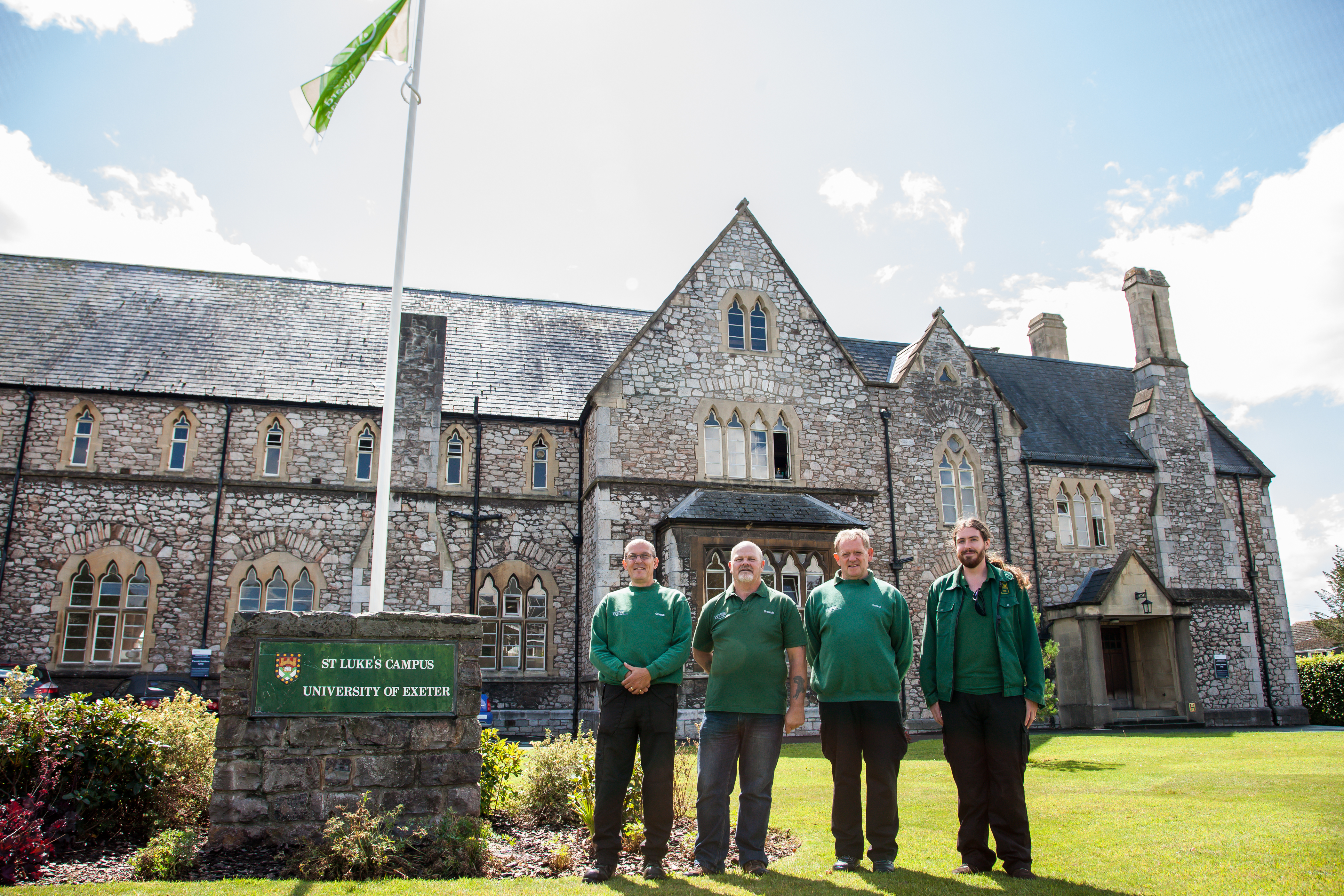 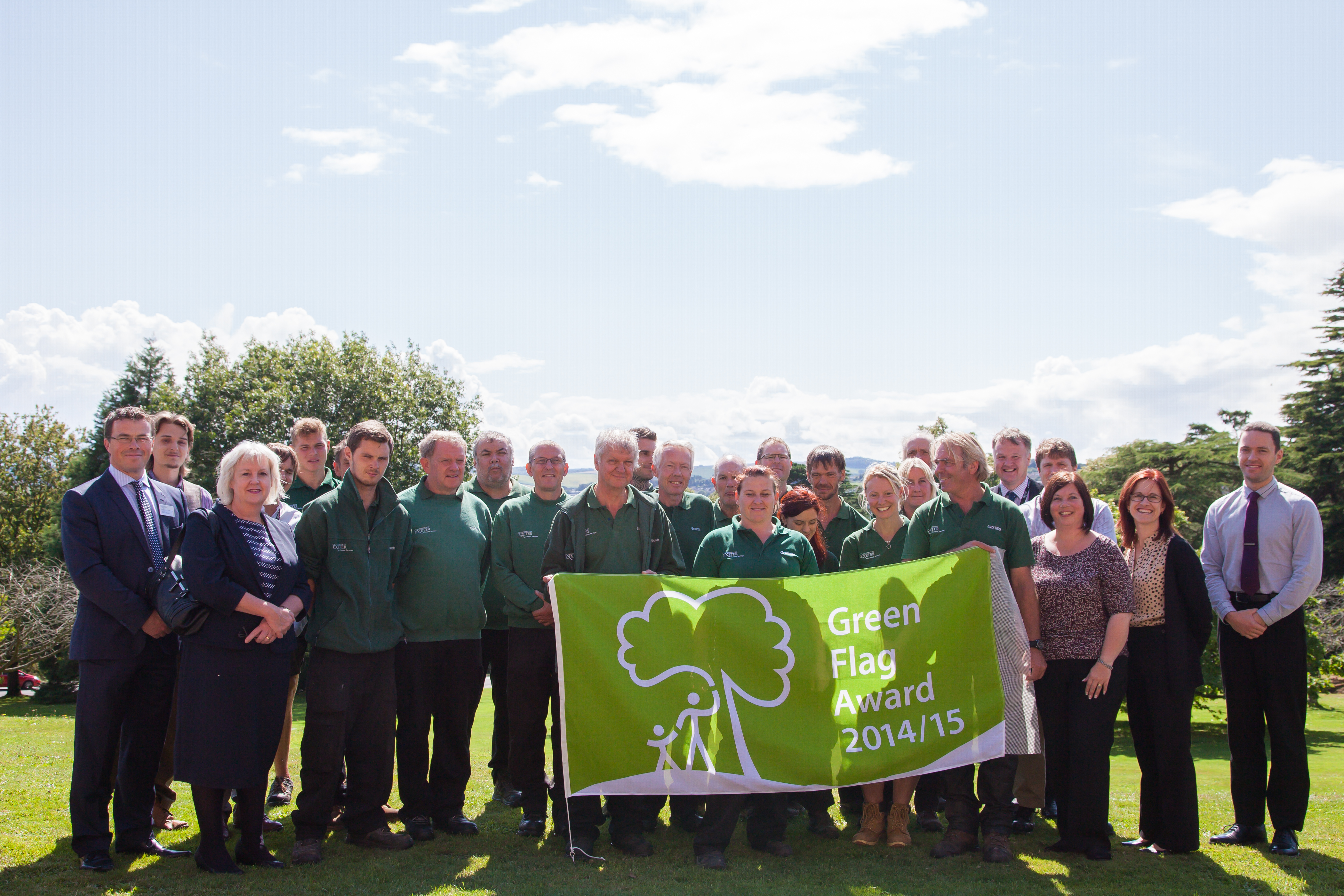 We are delighted to be able to announce that both the St Luke’s Campus and Streatham Campus have been awarded the Green Flag, recognising them as being among the best green spaces in the country.  The Green Flag judges assessed us against eight strict criteria including horticultural standards, cleanliness, sustainability and community involvement. Our Grounds Teams work extremely hard to ensure the grounds are looking their best, so it is great to get this award in recognition.

We will be having our flag-raising ceremonies in the next couple of weeks, so we will post more photos when we get them, until then, we can show off our certificates!