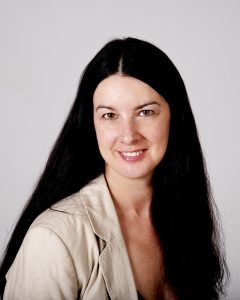 Passionate about languages, cultures and international affairs, Anne gained her Bachelors Degree in Modern Languages from Coventry University in 1997 and a Masters Degree in International Relations from the Instituto Universitario Ortega y Gasset in 2002.  In 2005 after four years studying and teaching English as a Foreign Language in Spain, Mexico and France, Anne embarked on a career in software sales.  Her roles involved working with multi-national clients across the EMEA region, predominantly in Europe and the Middle East.  Events in the Middle East over the past few years however, reignited Anne’s interest in this region and a desire to return to academia.   In 2016 therefore, Anne enrolled as a part-time, distance Doctoral Candidate in Middle East Politics at the University of Exeter, where she is furthering her research into the Kurds.  In her free time, Anne loves to play tennis, swim and read as much as possible about the world around us.

In 2015, aged 41, I was feeling unfulfilled. Despite having built a successful sales career in the software industry, I was stagnating from an academic and intellectual perspective. At this time, the Kurds were back in the news as the front line against ISIS in Iraq and Syria.  Since I wrote my Master’s thesis on the Kurds back in 2002, the resurgence of the Kurds in the international media piqued my interest and I started to think about doing a PhD.

It wasn’t the first time I had considered it, but at my age and this stage in my career, it seemed like a ‘now or never’ scenario. By now however, I had a mortgage to pay, so returning to full-time study seemed like an impossible dream. Nevertheless, I started researching PhD’s in Kurdish Studies and came across the University of Exeter.

Having emailed the PGR department, Zoe Humble arranged for me to meet Professor Gareth Stansfield, who suggested that I enrol part-time.  I had never even considered part-time study before. Not only were the fees lower, but also I could still work full-time, which meant I didn’t need to worry about funding or paying the mortgage. No need to relocate either (I live in the North Cotswolds), as only monthly contact is required and this can be via Skype.

I soon realized however, that getting accepted on to the Graduate programme was only the first challenge. Managing a stressful, full-time job that involved travel, combined with the demands of an aging Father and Father-in-Law, who live at opposite ends of the county, soon proved to be the bigger challenge. My job involved spending long hours in front of the computer if I wasn’t on the road. This meant tired eyes that didn’t feel up to more computer-based work in the evenings. On the upside, I got lots of reading done in my first year. As for the actual writing, well, let’s just say I’m playing catch-up and have to be extremely disciplined in my approach to writing.

The other disadvantage of being a distance student is that I often miss out on seminars and workshops. This in turn means that I miss out on the social side of university and don’t often get the chance to discuss my research with anyone. Attending more of the online webinars on offer has helped with this though. Since the sessions are interactive, you get to share your thoughts and opinions with others and hear theirs in return.

It was through one of Kelly Preece’s webinars that I ‘met’ Elsa, another student in a similar position. Together, we’re now starting a Facebook page for part-time, distance graduates to share their experience and make us feel more like part of the student community. You can join our online community Facebook community here. We’d love to hear from more of you about the challenges you face and how you’re overcoming them or if you need help that the university or the community can provide.