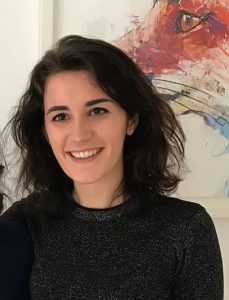 Isabel Sawkins is a History PhD student investigating the contemporary memorialisation of the Holocaust in the Russian Federation. One of the chosen case studies is the Russian national exhibition, “Tragedy. Valour. Liberation”, at Auschwitz-Birkenau State Museum.

As a descendant of Austrian Jews, and more generally as a human-being, I knew that conducting research at Auschwitz-Birkenau State Museum was going to be an upsetting experience. My grandmother refuses to go because she doesn’t think she would be able to cope, and those of my friends who have visited note that the trip was so harrowing that it still resonates with them to this very day. I was therefore somewhat prepared for the personal distress of entering this site.

Walking into the museum was an emotional challenge; I was stood on a site that I had read extensively about for years, and at first I couldn’t take in the enormity of where I was. Yet, whilst I experienced this struggle, it didn’t necessarily seem to be the case for all of the tourists I observed at the site. I would go so far as to argue that some of them failed to treat it with the same respect that I did; indeed, there is a distinction in Holocaust studies between Holocaust pilgrims and Holocaust tourists, groups who are motivated to visit these sites of mass atrocity for different reasons. There were several distinct incidents during which the behaviour of others really distressed me. The effect that the behaviour of tourists would have on me was not something that I had envisaged, and I was thoroughly unprepared for this upset.

The first incident was on my first day. I had visited the Russian national exhibition for four hours and was rather overwhelmed, so decided to slowly work my way towards the exit and head back to the city. I wanted to visit the crematorium before I left, for a moment of peaceful reflection. I was in that building for one minute, contemplating in eerie silence, before a British tour walked in and one of the tourists noted in a rather shrill voice “Oh, it’s a little chilly in here, isn’t it?” The irony of this comment in what used to be a crematorium obviously did not register. As I left the crematorium, I saw two tourists sat, eating pączki, Polish doughnuts, on the ledge outside the exit to the building. Nothing about being on those grounds made me want to consume any food; if anything, my appetite was suppressed by the location. I have no shame in admitting that I spent that evening crying, completely overwhelmed by what I had seen that day.

The final incident was with my parents, who came to visit me in Kraków in early November. I showed them around both the museum of Auschwitz I and the grounds of Birkenau; the latter site has no museum, but is rather just the ruins of the barracks and crematoria. Upon entering the site of Birkenau, I spotted a group of tourists lying across the train tracks, which has come to be a quintessential Instagram picture at the site.

These tourists were posing à la Burt Reynolds, smiling and laughing for their friends behind the camera. I couldn’t help myself and approached them, to enquire why they thought that this was an appropriate way to behave at a Jewish cemetery and remind them that Auschwitz-Birkenau is not a site to acquire Instagram likes.

The sites themselves have more directly requested that tourists stop taking selfies, with Auschwitz-Birkenau State Museum noting in a tweet in 2019, “When you come to @AuschwitzMuseum remember you are at the site where over 1 million people were killed. Respect their memory.”[1] However, others, such as Günter Morsch, former director of the Sachsenhausen Memorial and Museum, considered selfies at the sites positive developments. He argued that “’Selfies’ are a part of today’s cultural experience and the virtualization of the world…In the virtual world, people try to integrate an authentic place into part of their own image and that’s actually something positive.”[2]

I have not yet come to terms with how I truly feel about what I saw, but I would be lying to myself if I said that it did not have a major impact on me. Yet, in spite of this, I have to remember that my time at Auschwitz-Birkenau was of extreme value to my research: I was offered an invaluable insight into how the institution of Auschwitz-Birkenau State Museum works, an insight that I would never have had access to had I not spent my time there. It has answered many questions I had about the exhibition, as well as raising others which will be answered in an upcoming trip to Russia later this year, and I am incredibly grateful to the SWW DTP for making this possible.