What is Film History?

It is difficult to say when ‘cinema’ was invented, because what do we mean by ‘cinema’? The Lumiere Brothers are often mentioned as the creators of ‘cinema’ because they projected 10 films to a paying audience in December of 1895. But we could date the creation of cinema even further back, depending on if we define ‘cinema’ as a public activity, or a private one. Arguably, you could date the creation of cinema 2 years earlier, to 1893, when Edison perfected the Kinetoscope. This offered an individual viewing experience, much different to what we see as ‘cinema’ today. 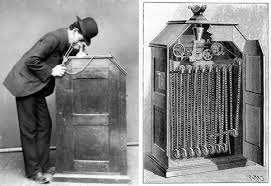 Furthermore, when compared to the films of today, the ‘cinema’ of the mid-1890s seems alien to us. If you go to a cinema today, you expect blockbuster films with magnificent explosions, high pursuit car chases and a plethora of A-list actors. By contrast, lacking in narrative, these early ‘actualities’ could be argued to not be ‘cinema’ at all. In fact, it wasn’t until the 1910s that ‘feature-length’ films were introduced. Examples of these early actuality films include ‘L’arrivée d’un train en gare de La Ciotat’ (‘The Arrival of a Train’) by the Lumiere brothers and ‘Rough Sea at Dover’ by Birt Acres and R.W. Paul.

This period of film history could be labelled as a ‘cinema of attractions’ (Tom Gunning) since the appeal of cinema was mainly due to its novelty. The technology used in the creation of these early films came with a lot of limitations. For example, only being able to have a stationary camera, pictures being in black and white, no sound recorded and film only being able to run for less than a minute, since this was a time before the Latham Loop was invented and the Kinetoscope could not hold any more film than this. It wasn’t until the late 1890s that Alexandre Promio placed his camera and tripod onto a moving gondola creating the first ever travelling shot in film, making him a pioneer in early cinema.

The ‘look’ of these early films is so different to what we have become accustomed to as a result of modern cinema. As mentioned earlier, the camera was often stationary, framing the entire human body. Tableau shots (the arrangement of people and objects are within the confines of the cinematic frame) were common. This could be seen as a reflection as the influence of theatre and art on early cinema. In his essay on the ‘cinema of attractions’, Tom Gunning goes into detail about early cinema’s “enslavement to traditional art forms, particularly theatre and literature”. While early cinema is often seen as incredibly different to its modern counterpart, it is worth noting that many of these early conventions can still be seen today. 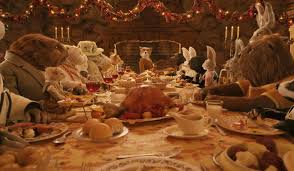 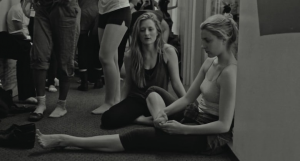 In conclusion, the question ‘What is Film History?’ is a difficult question to answer since it largely depends on what we define as ‘cinema’. Do we see it as the projection of a moving image to a paying audience? If we do, these early films are so different from the ones we see today. Is it even right to group these films together under one term?

One thought on “What is film history? Group 3”