Before studying early cinema, we were expecting black and white silent films with unadvanced cinematography and lack of narrative. What we weren’t expecting was a woman called Alice Guy-Blaché – a pioneer of film in the late 1800s. She founded a successful film company in the United States and directed roughly 1000 films. But why did the news of a woman working in film surprise us? Remember we’re talking about the late 19th century here – a time when women didn’t even have the right to vote. Even today, the film industry is predominately male. As of 2019, only 4 women have ever been nominated for best director since the conception of the Academy Awards in 1929. We assumed that female directors of early cinema would be non-existent.

Alice Guy-Blaché was not the only significant female director of her time. Another influential female director would be Lois Weber. One of the earliest works of the aforementioned director is her 1913 short thriller, Suspense. Despite being only 10 minutes, Weber utilises every second and every frame, tying the narrative together with advanced shots and editing techniques. 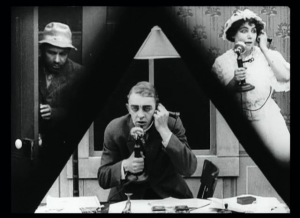 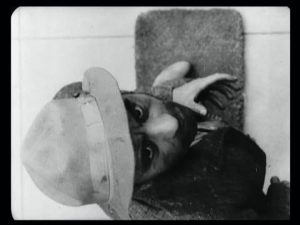 The plot of Suspense can be described as a home invasion – a genre that remains popular today, such as Michael Haneke’s Funny Games (1997), David Fincher’s Panic Room (2002) and, even more recently, Jordan Peele’s Us (2019).

It’s difficult to say if Suspense was the first home invasion film. In fact, it is estimated that 80-90% of silent films are lost, which makes a complete and comprehensive history of film impossible.

During this period of early cinema, nitrate film base was used. This material, if neglected and not given the proper care, can decompose easily over time. Moreover, nitrate film base is extremely flammable, potentially causing a fire and destroying the film. Therefore, when studying this time period, we need to take into consideration the fact that we are only seeing a small fragment of film history.

Suspense clearly has a significant influence over many modern horror films, specifically those fitting into the home invasion subgenre. While many of these early films may feel alien to us, there are many moments in early cinema that feel familiar.

These moments of familiarity surprised us. We underestimated the immense influence early cinema has on modern films. For example, The Great Train Robbery (1903) ends with a cowboy pointing his gun towards the screen and firing, an early example of breaking the fourth wall in film.

This specific act of shooting in the direction of the viewer has been mimicked frequently across cinema, such as in the James Bond gun barrel sequences and the endings of Goodfellas (1990) and Kick-Ass (2010).