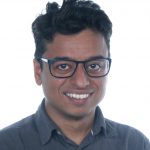 Dr. Tinkle Chugh is a Postdoctoral Research Fellow at the Department of Computer Science, University of Exeter, UK. He is also a Researcher at Palacký University, Olomouc, Czech Republic and NERC Fellow in Constructing a Digital Environment Program. He obtained his PhD degree in Mathematical Information Technology in 2017 from the University of Jyvaskyla, Finland. His thesis was a part of the “Decision Support for Complex Multiobjective Optimization Problems (DeCoMo)” project, where he collaborated with “Finland Distinguished Professor (FiDiPro)” Yaochu Jin from University of Surrey, UK. He received the best student paper award at IEEE Congress on Evolutionary Computation (IEEE CEC) 2017. His research interests are in using crowdsourcing Big data in estimating windstorm footprints, Bayesian optimization, multiple criteria decision making, the interaction of music therapy and depression, and hydrodynamic design of centrifugal pumps. 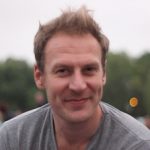 Dr Richard Allmendinger is a Senior Lecturer in Data Science and the Business Engagement Lead at the Alliance Manchester Business School (Alliance MBS), The University of Manchester, UK. Richard has joined Alliance MBS in 2015 after a 4-year long stint as Postdoc at the EPSRC Centre for Innovative Manufacturing in Emergent Macromolecular Therapies, University College London (UCL), UK. He received a PhD degree in Computer Science from the University of Manchester, UK, and a Diploma in Industrial Engineering from the Karlsruhe Institute of technology (KIT), Germany. Richard is Co-Founder and Vice-Chair of the IEEE CIS Task Force on Optimization Methods in Bioinformatics and Bioengineering, a Member of the IEEE CIS Bioinformatics and Bioengineering Technical Committee, and was the General Chair of the IEEE International Conference on Computational Intelligence in Bioinformatics and Computational Biology (CIBCB 2017). His main research interest is the development and application of simulation, optimization and data driven techniques to real-world problems arising in areas such as healthcare, manufacturing, sports, music, and forensics. 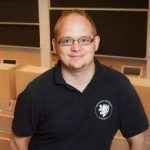