This blog first appeared on the iGov Blog.

In matters of climate change, the environmental requirement must take precedent over short term economic goals 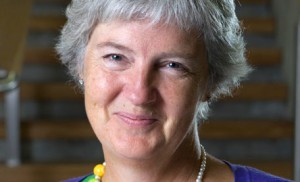 The Universities of Exeter and Leeds and the Met Office held Transformational Science: the future of climate change research following the Intergovernmental Panel on Climate Change’s (IPCC) Fifth Assessment Reports (AR5) on 15-16 May 2014.

The results of all three Working Group reports were discussed: WG1, the science report, came out in September 2013; the Report on Adaptation  in March 2014;  and the Mitigation Report in April 2014. As Thomas Stocker, Co-chair of WG1 concluded ‘limiting climate change will require substantial and sustained reductions of greenhouse gases ‘.

Global carbon dioxide emissions continue to rise, even though policies have been in place to try and reduce them for decades. Moreover, the rate of increase has increased from 1.3 per cent per annum (pa) from 1970-2000 to 2.2 per cent pa for 2000-2010. For the first time in three decades the carbon intensity of the globe – ie how much carbon is used for each GDP unit output – has risen.  The IPCC WG1 has adopted a carbon budget approach for the first time . The global carbon budget for a 2⁰ temperature change in 2100 – the contentious amount of temperature change ‘accepted’ as possible before the globe tips into ‘dangerous’ climate change – ie when human intervention may lose its ability to control ongoing consequences –   is 790 billion tonnes (bnt) of carbon:  535 bnt have already been used up and the globe emits about 10 bnt a year. That leaves about 25 years (not counting the rising rates) before we, the globe, use up the budget.

From an energy and climate change policy perspective, the WG1 science is grim reading. WG3 sets out the various predictions, including Business as Usual which takes us to 3.7-4.8⁰ temperature rise by 2100. It estimates costs of various reduction scenarios, and in all cases it is cheaper with early action.  It also shows the amount of energy demand reduction required across various end-use sectors and the amount of low carbon energy supply for them if they are to meet the 2⁰ temperature rise. For example, for the global industry sector, energy demand reduction in 2030 should be about 20 per cent while low carbon supply should be about 35 per cent.

Britain has its own carbon budgets set out by the Committee on Climate Change – an 80 per cent cut leading to 160mt emissions in 2050 to meet the 2⁰ temperature rise in 2100. This emission reduction target is,  anyway,  challenging and Britain is not on target to meet it. However, John Barrett of Leeds (an IPCC author) has taken the new IPCC carbon budget  for a 2⁰ temperature rise  and fitted it proportionately to Britain. He estimates that we need to cut our emissions by 95 per cent by 2050 and that the CCCs 80 per cent target should be achieved by 2027,  or 22 years earlier than set out by the CCC.

Global warming is now a short term issue. Any child born in the UK today and henceforth has a good chance of still being alive in 2100. We need a Government which places the vision of a low carbon society at its centre, and cascades it down through all levels of Government. An important strand of this is that Government implements a principle that in matters of climate change, the environmental imperative may take precedent over the short term economic choice – as first put forward by the UK Cabinet Office’s PIU Energy Review in 2002.  On the European and International front, we need a Government that encourages appropriate international governance institutions and targets, and does its best to meet them.

Since 1990, Britain has managed to add four per cent of low carbon energy supply to the energy mix, way below that estimated to be necessary by the IPCC. Britain has to move from ideological policy making to policy making based on best practice evidence from around the globe so that a step change in GHG reduction can be achieved, and this  will  include technological, social  and institutional change. In parallel, we as individuals and communities in civil society have to do all we can to get our politicians, neighbours, businesses, energy suppliers and so on to take climate change seriously.  Climate and energy policy must take note of the IPCC  warning and act now.