As the end of Decembeard approaches we decide to share this blog post from Dr Alun Withey, Associate research Fellow in History, which was first published on December 1, 2015 on his blog.

Today marks the start of ‘Decembeard‘, in which tens of thousands of men across the UK and beyond will be donning the facial hair to raise money for research into bowel cancer. It’s often forgotten how closely facial hair has been linked to men’s health. In fact, the health and hygiene history of beards is the subject of my current research. To celebrate ‘Decembeard’, therefore, I thought it might be interesting to explore some of the recent (and not so recent) health aspects of the beard. 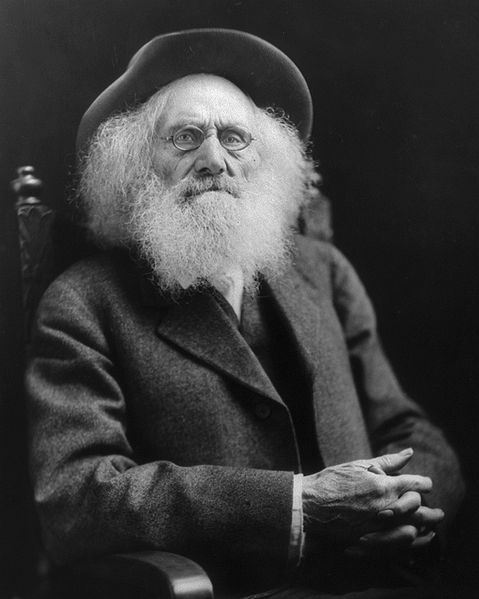 I was struck by a recent report of a new study relating to the health and hygiene of beards. In fact, the health and hygiene history of beards is to be a central theme of my research into facial hair over the next few years. How, healthy – or otherwise – are beards? It’s a question I’ve been asked a lot by the media recently. Earlier in the year came the brief furore caused by reports that beards might be dirtier than toilet seats. Apparently, beard hair traps all manner of germs and microbes, which easily find access into the mouth.

But Australian scientists have concluded that beards have many health benefits, including reducing the impact of ultra violet rays by almost a third. Beards apparently have a SPF factor of 21! Other claims were made by the study, including the trapping of pollen and dust (good news for asthma sufferers), maintenance of moisture on the skin underneath the beard, and also a barrier against the elements.

Both camps are firmly dug in. On one side sit those who see beards as dirty and unsanitary; on the other, those who promote the health benefits of beards. These scientific studies might be viewed as the result of modern research techniques allowing us new insights into the workings of the body. But, I would suggest that they are merely a continuance of longstanding arguments about facial hair that have continued on almost identical lines for centuries.

The supposed health benefits of beards have a long history. In the 1850s, the massive popularity of beards was sparked in part by men’s desire to emulate military moustaches, and other bearded heroes, such as explorers. Promoting health benefits was another means of convincing doubtful men of the natural protection afforded by their whiskers.

In March 1859, the Crayon periodical emphasised the protective nature of beards. Wherever there was an important organ, it was argued, nature gave it extra protection. The ‘hard pan’ of the skull, after all, protected the brain. The beard was therefore nature’s protection against extreme heat or cold, and protected the nose and throat, and even the teeth, against disease. ‘Clergymen who are close shavers are much more frequently troubled with disease of the throat, than lawyers, who for the most part wear the beard’.

Arguments for healthy beards went back further than that. In the 1530s, Pierius Valerianus argued that a beard drew off superfluous humours, preserving the teeth from rotting and, interestingly, ‘defends the face from the burning rays of the sun’ [my emphasis]. And this nearly five centuries before the current study! 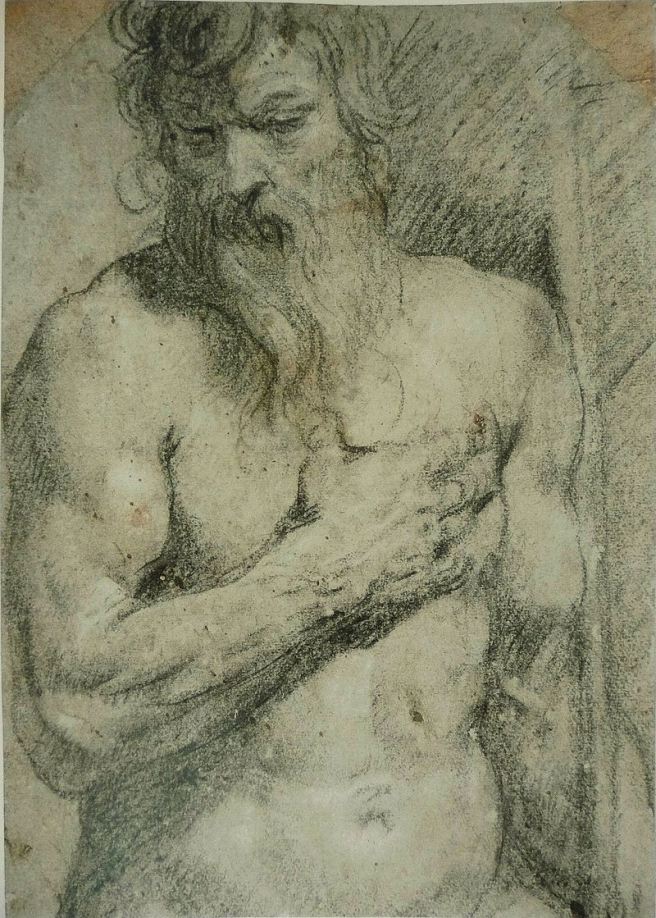 Another central health claim in Victorian texts was that the beard acted as a filter against germs and smuts. In 1881, Tom Robinson M.D. extolled the virtues of moustaches in ‘preserving the soldiers from catarrhal complaints’. Beardless recruits were apparently far more frequent visitors to the barracks infirmary with bronchial infections, than their hirsute companions.

A report into the health of workers on the Great Northern Railway also noted that only 16 enginemen and firemen on the line shaved, with 77 having a moustache and a further 42 with beard and moustache. The ‘utility of the beard as a hygienic agent’ was seemingly reinforced as ‘the latter enjoyed better health than those who shaved’. 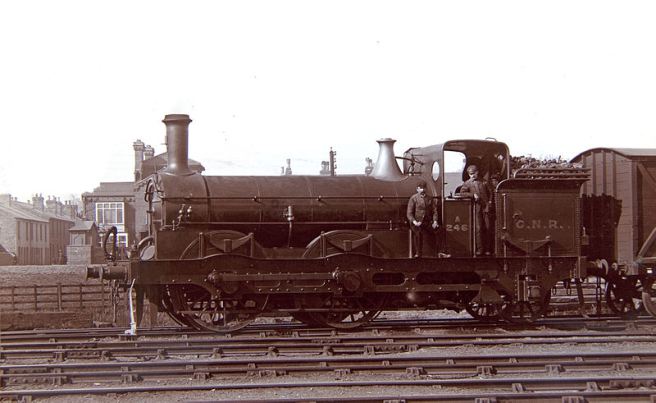 Henry Morley and William Wills, author of the pro-beards article ‘Why Shave?” asserted that beards and moustaches protected the opening of the mouth and filtered the air for people working in smoky or dusty environments. More than this they ‘acted as a respirator and prevent[ed] the inhalation into the lungs of air that is too frosty’. Several eminent physicians were quoted in the article as recommending beards as a preventative against consumption, as well as against the harsh conditions and poor air quality of urban environments.

Indeed, for some, shaving the beard off positively invited illness. According to the Scottish physician Mercer Adams in his ‘Plea for Beards’, (Edinburgh Medical Journal, Dec 1861) an 1853 experiment tested 53 healthy, bearded men who were compelled to shave. According to Adams, ‘all of them at first experienced very unpleasant sensations of cold’, 27 had ‘painful afflictions of the teeth and jaws’, 11 had facial neuralgia, and 16 rheumatism of the gums. For Adams, the medical benefits of beards were proven.

There was some debate, however, about whether physicians should wear beards. A correspondent to the British Medical Journal in 1896 noted the fashion for beards amongst doctors, ‘to stroke and look wise whilst making a doubtful diagnosis’. But, they cautioned, the ‘bacteriology of the beard…has not yet been exhaustively studied’. Was it possible that diseases carried in the beards of physicians could transfer themselves to patients? Should ‘doctors sacrifice their beards on the altar of hygiene’? The answer, they suggested, was the ‘careful sterilisation of the beard’. 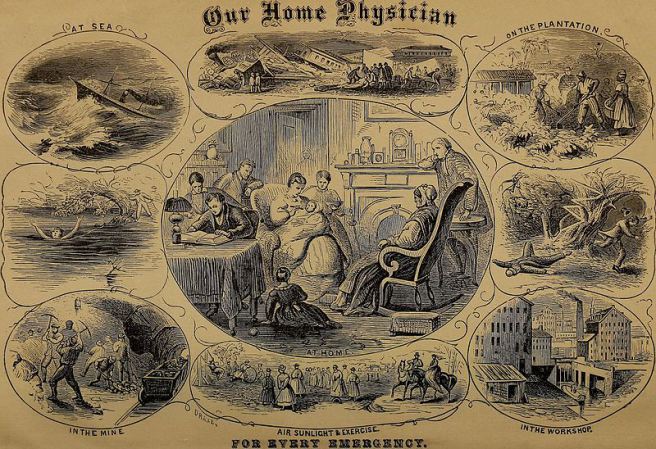 Others were less circumspect. In a1907 Tatler article titled ‘How to Tell Character by Beards’, Frank Richardson made it clear that he was no fan. ‘Beards are absolutely unhygienic. They are microbe traps. They are not permitted in such clean places as convict prisons and barracks. Therefore they should not be allowed on the streets of Modern Babylon’. Even shaving brushes have caused scares. Between 1915 and 1917 contaminated brushes made from animal hair caused 56 cases of anthrax, with 21 deaths!

And so the seeming fascination with beard health rumbles on. It is interesting how arguments about clean facial hair are separated from that of hair on the head. Does it make sense to argue, for example, that beard hair should trap germs any more than head hair? More, and probably contradictory, studies will undoubtedly follow, but it is clear that questions about the cleanliness of beards are nothing new.

All images from Wikimedia Commons.