Find out why the role of the translator can make, or break, the way that someone’s speech is received.

This blog was written by Dr Richard Mansell, a Senior Lecturer in Translation, and it originally appeared on The Conversation. 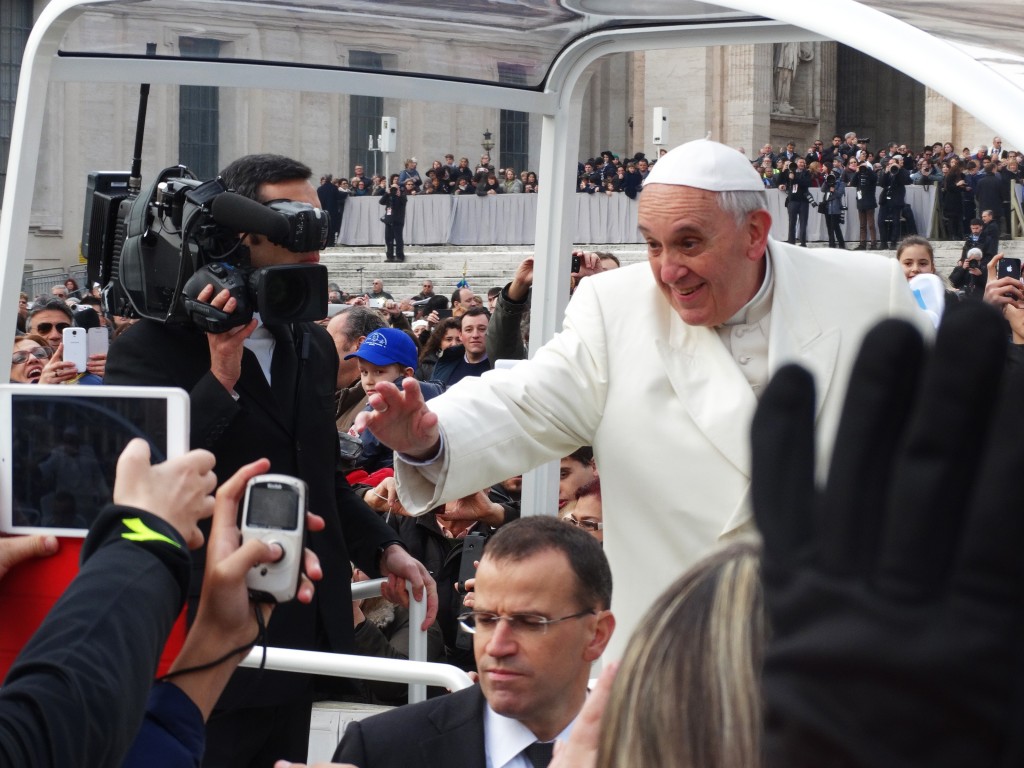 So, the pope is cool and “groovy” for telling priests and nuns not to “drop a gossip bomb” on their peers. He told members of the clergy in an improvised speech: “If you get an urge to say something against a brother or a sister, to drop a gossip bomb, bite your tongue! Hard!”

We’ve had the F-bomb and photobombs; now the 79-year-old leader of the Catholic Church is leading new slang.

Except he isn’t. In Italian he talked about “una bomba di chiacchiera” (literally “a bomb of gossip”). An Italian speaker wouldn’t relate that to the Italian word for photobombing, which is “photobombing” (it seems we invented ruining other people’s photos). As for the F-bomb, when I lived in Spain I found out that single words are weak; if you really want to insult someone, the longer, and the more family members involved, the better.

The point here is that the “groovy” feel of the Pope’s term comes entirely from the English the translator has used – not from the original speech. The Pope was using a metaphor relating to terrorism, not slang.

All of the words and phrases we use are connected to other words; they have connotations, be they positive, negative, formal, informal, specialist, lay, dated or “groovy”. And once a word is translated, not all of these links can be retained; a whole new set is created, sometimes determined by the receiving culture’s opinions and standards, and sometimes entirely arbitrary. What works in one culture might not work in another, and if we focus on only one aspect and ignore the bigger picture, that is when things go wrong.

Translators always need to imagine an equivalent situation in their own culture, and then think what people would say. Would the Pope coin the term “gossip bomb” if he were speaking in English? Probably not, especially when he is using a metaphor about terrorism, although he’s not beyond using slang elsewhere, such as when he told an event he was “un tronco con la máquina” (a bonehead at computers).

It is often this wider context that gets translators into trouble. When the former Australian prime minister Bob Hawke told Japan that he had not come to play “funny buggers”, his interpreter kindly relayed that he wasn’t playing “funny homosexuals”.

Sometimes there is a cultural gap that is difficult to communicate without any further explanation. When footballer Luis Suárez was found guilty of abusing Patrice Evra using a reference to race in 2011, his defence was that the Spanish words he used were acceptable in Uruguay. The FA took into account that they were said in the UK, and that Suárez should have been aware of this context – but even translating the terms for the panel was full of pitfalls.

When the then manager of Spain’s national football team, Luis Aragonés, was reported as referring to Thierry Henry in racist terms in 2004, there was uproar in the UK press, whereas the Spanish press defended him. The English translation was pitched against the Spanish. Although he was fined (a relatively small amount), this was eventually overturned by the Spanish football federation.

Ultimately translators need to think of where, how and by whom their translations will be used, and create a text that works. They are cross-cultural communicators. That is why they need full awareness of culture and context on both sides, and why the translator’s craft is so rich and so complex, but also so rewarding.

Would Americans buy a Swedish vacuum cleaner with the slogan (created in the UK, by the way) that “Nothing sucks like an Electrolux”? Can KFC be a success in China when “Finger lickin’ good” becomes “Eat your fingers off”? Or how about the Nike ad showing a Samburu tribesman with the subtitle “Just do it”, when he in fact said “I don’t want these. Give me big shoes”?