The Divorce, Dissolution and Separation Bill is currently going through parliament. This is the third time that the Bill has been introduced by the Government in the last eight months. The two previous Bills were lost due to the prorogation, and then dissolution, of parliament. The current Bill introduced by Lord Keen is identical to the one originally introduced in the Commons in June 2019. That bill enjoyed cross-party support in the Commons in 2019 at Second Reading and in Committee Stage. The only difference is that the current (2020) Bill was introduced in the Lords, rather than the Commons. It will still need to pass through both Houses. 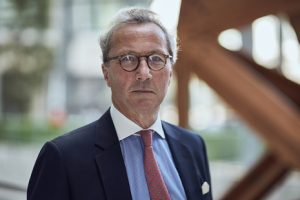 The Bill, if enacted, will:

The Bill was preceded by a Ministry of Justice Consultation document and Response. For background reading on the Bill (and the need for reform) see:

The Bill has completed its passage through the Lords. You can check on the current progress of the Bill in the Commons and find details of all debates and associated papers HERE 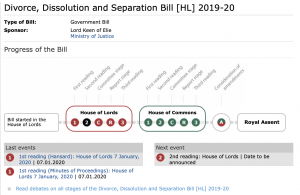