It is very welcome news that the Divorce Bill has had its Second Reading in the House of Lords. It now moves quickly onto the Committee stage, scheduled for 3rd March. The focus now is getting the Bill through the Lords quickly and returning it again to the elected House of Commons where the same Bill proceeded unamended in the previous parliament.

I live-tweeted the whole three hour debate so got to listen to all of the speeches. You can read them here.  So, what did I make of it?

It is clear that there is very strong support for the Bill, both outside and inside parliament. There are some concerns about specifics, mainly around the issue of whether the clock on the pre-conditional order 20-week period should start ticking at application or at service. There is also, as we always knew, a very well-organised and vocal group that are ideologically-opposed to divorce reform. They are likely to punch above their weight politically, but we know that they are a parliamentary minority and are way out of step with the public mood. It will be a tough (and probably unpleasant) fight. But the evidence is for reform, as it has been for decades. We’ll get there, but expect a few more research/myth-buster briefings along the way.

So two key points for now.

1. Keep it simple. Keep it focused.

The government is determined, quite rightly in my view, to keep the focus of the Bill on reform of the grounds for divorce. There are many issues in family law and policy that require urgent reform. But this Bill is not the vehicle to tackle them. The Bill is a stripped-down racing bike designed to do one simple (but vitally important) task. It is not a juggernaut for tackling a whole range of issues. 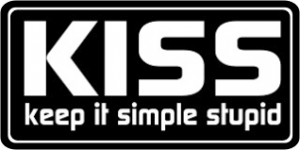 Baroness Janke gave a brilliant analysis of the gender gap in pensions after divorce. Baroness Meacher raised the issue of pre-nups. But we can’t address the fundamental problems with financial remedies on the hoof by tacking on a few amendments to this Bill. That would not do justice to the difficulty of the issue and would also be likely to derail divorce reform.

Similarly, Baronesses Burt and Hunt raised an issue about trans people and the law of nullity. That again, requires a considered debate of nullity as a whole, not picking out just one element of several. I suspect, in any case, that any amendments of this kind would be immediately stripped out in the elected House of Commons.

The other overwhelming impression from the debate is of a collision between two worldviews from will rumble on throughout the passage of the Bill. On the one hand, are those that recognise, from personal or professional experience or from research evidence, that the current divorce law does not (and cannot) stop relationships breaking down. The current law just makes that really difficult process worse for adults and children. As Baroness Chakrabarti noted, the law cannot make people love each other. And, as Baroness Meacher and others noted, it should stop pretending to do so with the charade of fault. This worldview is based on a pragmatic recognition of the limits of the law once relationships have broken down. And as Lord Mackay’s support for the Bill shows, this recognition of the legal reality is not at all inconsistent with a deeply-held religious conviction or support for marriage. 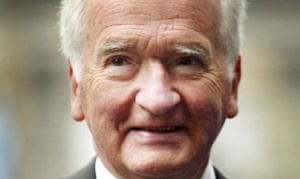 On the other hand, are those with an ideological opposition to divorce and who oppose reform regardless of how the current law works. This was evident in the Second Reading debate where a collection of three Anglican Bishops, some Conservatives and a DUP peer argued against the Bill. Their main points were that marriage is a sacrament and must be protected (regardless of the parties faith, or lack of it). There is an assumption that married people make rash decisions about separation and so must be protected from themselves by making the legal process as difficult as possible. The assumption is that the law can and should be a bulwark against divorce. Of course, this is an ideological take on how the world should be, not how it is in practice.

Is there any hope of bridging the gap? I doubt it and I’m not sure that it would be desirable. As a socio-legal researcher who is interested in how the law works in practice, it is frustrating to how easy it is for ideology to overtake reality. And worse, to see how a tiny and unrepresentative minority of evangelical/Christian right organisations are able to try to hijack the debate.

What we need is for all those with personal or professional experience of how the law works in practice to get in touch with peers and MPs to talk them through the reality, rather than the fantasy and distortions. I’ll be doing another myth-buster briefing shortly to address some of the issues raised in the second reading.