To date, the Divorce Bill has proceeded unamended through both Houses and without any votes. It was something of a surprise, therefore, that there was a division called for the Bill’s Second Reading in the Commons on 8th June. There has been a small but vocal group of opponents of the Bill at each stage in the Commons and the Lords, but we have always suspected that their numbers were very small. And so it proved. The Commons voted that the Bill be read a second time by 231 votes to 16, a resounding vote of confidence in reform.

There were some really impressive and thoughtful speeches from front and back benches and from both sides of the chamber. It was great to hear references to the Finding Fault research. I was also struck by the number of MPs who talked about their own personal experiences of divorce and how the law had made it more difficult than it needed to be, all of which resonated with our research findings and the experiences of many practitioners. 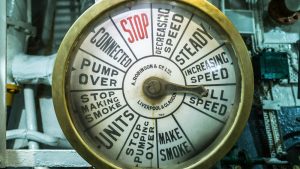 The opponents of the Bill continue to claim that reform will make divorce ‘easier’ or ‘too easy’ and so undermine marriage. But the evidence is overwhelming that the current law doesn’t protect marriage, it just makes the divorce process more difficult. As Resolution say, the aim is to make the process kinder, not easier. MoJ estimate, in any case, that 80% of divorces are likely to take longer under the new six month waiting process, but without the needless acrimony and game-playing.

So, onto committee stage next. All the signals are that this could be soon with Report/Third Reading following quickly after that. Fault has been a central part of the divorce law in England & Wales since 1660. That could finally be about to change.