The rules for being a man: are these of use to anyone?

Gender is a hot topic in the wake of Weinstein and the #metoocampaign, meaning discussions around masculinity hold relevance to the current social climate. 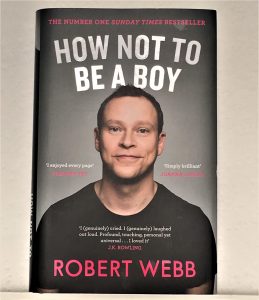 Comedian, actor and writer Robert Webb has written a book called How Not to Be A Boy (2017). Written as a memoir and framed through Webb’s experiences of masculinity. Focusing on the final chapter of his book, I explain that the ‘rules for being a man’ are not of use to anyone. For gender equality to be realised, we must re-evaluate expectations of masculinity.

In the first half of his book, Webb discusses his childhood experiences of masculinity, the difficult relationship he had with his father and the loss of his mother at the age of 17.

Webb’s final chapter ‘Men Know Who They Are’ begins with dialogue between his wife and daughter. His daughter explains that if she’s laughed at for dressing as Spider-man, she’ll tell them they’re laughing because of ‘The Trick’ which makes men unhappy and women get rubbish jobs. The Trick is Webb’s family code word for gender conditioning. For Webb, feminism isn’t about men vs. women, it’s about men and women vs. The Trick. Gender is a social construction built into the consciousness of children and adults. We must not question why girls and boys are different, but ask under what conditions do girls and boys consider themselves to be different (Messner 2000). 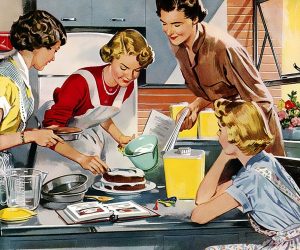 Even though he was aware of The Trick, Webb states that when fatherhood arrived, he fell for The Trick himself. Despite his promises to be a 50/50 husband and father, he found himself saying yes to every job. He justified it by telling himself ‘men work’ and ‘men make money’. His experiences reflect a majority of the sociological research which has been conducted on the domestic divisions of labour (O’Connell and Brannan 2016), where sex stereotyping is still unmistakable. For example, wives are 30 times more likely to do the laundry and husbands are 20 times more likely to do the plastering (Warde and Hetherington 1993). The data shows that we still enjoy tasks which confirm a sense of what men and women’s domestic tasks are. There is less evidence for a decline in rigidity in the gendered divisions of housework. For instance, of around 285,000 couples eligible for shared parental leave, only 2% of fathers are taking it up.

Webb wishes to undo gender stereotypes and to give a wider understanding of what it is to be male. Children do not invent gender rules as they get older, they are taught them by adults. Research has found that the most important predictor of marital happiness is husbands emotional happiness; when men undo gender by moving beyond gendered scripts (silent, non-expressive, hegemonic male), wives are happier and marriages thrive (Risman 2009). A just world is one where economic and family roles are available equally to persons of any gender.

For Webb, The Trick is a waste of everyone’s time. To oppose it is a cause that he shares with feminists. He believes that feminism has had some success in challenging the stereotypes of what a woman is supposed to be like. What Webb is after, is an extension of that awareness to the male half of the population who may still think that gender conditioning didn’t happen to them. The gender revolution is unequal. Cultural and institutional devaluation of characteristics associated with women means men have little incentive to move into traditionally female activities or occupations (Braun and Davidson 2016; England 2010). Women have had strong incentives to move into traditionally male roles, but the gender revolution hasn’t been a two-way street. 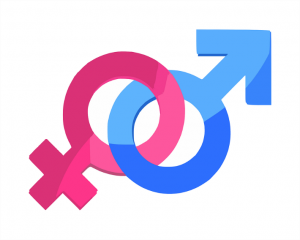 In summary, the rules for being a man are not of use to anyone. Webb maintains that for there to be any progression in gender equality, we must work to oppose The Trick. Webb champions feminism and the progress it’s made for women, but the focus must also be extended to the male population. We must take notice of the dangers associated with the expectations of masculinity. What are the consequences of men being expected to be emotionally silent or dominant breadwinners? Arguably, the consequence is around three-quarters of all suicides in 2016 in the UK being male. Additionally, in the wake of the current debate that is occurring around sexual harassment, it’s crucial that we re-evaluate expectations of masculinity for there to be any positive social change.

As Webb states in his book:

‘Men will struggle to treat women as equals if we haven’t learned to look after ourselves; to recognise our feelings and take responsibility for our actions. We should remember what we knew all along: that we are allowed to be fully human, fully compassionate, fully alive in the moment and fully committed to friendship and love. Self-respect and kindness to others: that’s it.’