This article was first published on the University of Exeter’s Research and Innovation blog on 20th October, 2020.

HAIRE (Healthy Aging through Innovation in Rural Europe) is an Interreg 2Seas funded project, which commenced on 1st Jan 2020.  The project is a partnership of 14 Local Authorities, academic institutions and voluntary and community service organisations. Partners are located in the United Kingdom (UK), France, Belgium and the Netherlands, and the University of Exeter’s Social Innovation Group (SIG), based at its Penryn Campus, UK, is the project’s lead partner. Overall, the HAIRE partnership is collaborating, co-designing and testing a person-centred, place-based toolkit, recruiting volunteers to join service providers in supporting people over 60 in rural and often isolated communities.

Before Covid-19 hit, there were already global concerns about rising levels of loneliness, particularly among older people, which is what HAIRE was designed to tackle. With increased levels of isolation, fear, local lockdowns and a second wave of the virus well underway in Europe, HAIRE’s plan to harness the power of volunteers and community kindness has become more relevant than ever. The project is all about building connections and relationships so that communities are empowered to make change.

One of our partners, East Sussex County Council, led a series of online talks with the public through September and October as part of a digital Healthy Ageing Festival. These talks provided a platform for people to share their thoughts on aspects of healthy ageing and community action at a time when the awareness of what communities can do is at its height. In all our partner countries, we have seen a significant rise in voluntary, local authority and community action. The HAIRE project’s toolkit has been developing alongside the Covid-19 response in our eight pilot sites, and its use has been started early in some locations because of its relational approach.

Our colleagues in Le Nord, France, telephoned every person over 60 living in their region during the lockdown period to check on their wellbeing and to track their needs. The parish of Feock, Cornwall, UK, saw 150 volunteers come forward to help their fellow villagers. According to the Carnegie Trust, 20% of the UK population were giving between two to four hours a week helping people cope with the pandemic during the emergency phase – going shopping and picking up prescriptions, or talking to older people over the phone so they had some human contact during months of isolation.

The levels of voluntary participation have naturally subsided as people have gone back to work, reverted to old or taken up new responsibilities, but Covid has reminded many of what’s important. We’ve had no difficulties recruiting “HAIRE Enablers” – these are the volunteers who will go out and have Guided Conversations with older people to understand their needs and service desires. Our colleagues in Feock have had a 50% over-recruitment of volunteer HAIRE Enablers, exceeding expectations. East Sussex is also ready to go forward with its brand new team of HAIRE Enablers. As the project relies a great deal on the goodwill of volunteers, this is good news.

Early action was taken in the Netherlands too. During lockdown, social workers were enthusiastic about trying one of HAIRE’s tools, the Guided Conversation, ahead of schedule. The Social Work and Welfare Foundation Eastern Scheldt Region (SMWO) is a broad welfare institution in the Netherlands that provides services in the fields of social work, welfare and sports and exercise. Their social workers went out to talk to people using the Guided Conversation tool predominantly via telephone and, where possible, in person. They felt that doing the conversations strengthened their network in the community and made their position stronger. The project has helped SMWO and the social workers to renew their connections in the community. Their activities have over the years moved away from establishing individual contact to overseeing general service delivery, meaning less interpersonal contact. With the Guided Conversations they renewed relations with individuals and gained new insights into the community. This has been an important impact of HAIRE.

The Guided Conversation’s key strength is that it is a social tool. For example, one of our partners in France, Unis-Cité, works to link younger and older people through a variety of intergenerational programmes. The HAIRE project team has linked up young people with over-60s to begin a social relationship and build trust. This trust will be key in completing Guided Conversations where older adults can openly talk about what is important to them. In order to reach these objectives, the volunteers visit older people who feel lonely every week. They do whatever the elderly participant feels able to: chatting, going out, taking part in “allowed” activities and even meeting new people. They also help elderly people who have difficulties with the internet or their computer – an increasingly important means of connection in Covid times.

Most importantly, HAIRE’s Guided Conversation is not a finished tool – it is evolving, organic, responsive to individuals and their places and uses a variety of techniques to elicit responses. We are learning as we go, but in every instance, nurturing an individual relationship is key to its success. In Laakdal, Belgium, one of our partners tested the Guided Conversation outdoors with two elderly participants who were good friends. With a Duvel in hand (a typical Belgian beer), they were encouraged to talk about themselves. Both participants agreed they learnt things about each other as a result. They reflected on life’s strains during the pandemic. All activities for elderly people have been taken away and the Guided Conversation was “the most fun they’d had in months.” Indeed, the tool itself not only helps to unpick unmet needs and identify potential solutions, it is a means of connection in and of itself – an antidote to the isolation that Covid-19 can bring. 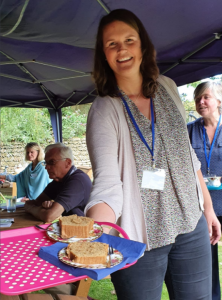