Whose Lives Matter? Race, Gender and Childhood in (Post-)Humanitarian Campaigning at Global and Local Levels- A Case Study of #BringBackOurGirls.

On 14-15 April 2014, 276 teenage schoolgirls were kidnapped from their school by the militant Islamic group Boko Haram. In response to the abductions and the Nigerian government’s slow response, protests began in several Nigerian cities. The hashtag #BringBackOurGirls began trending among Nigerian Twitter users, before being appropriated by Western feminists. By late April 2014, ‘#BringBackOurGirls’ [#BBOG] had become a global phenomenon, with over one million tweets bearing that hashtag, the campaign buoyed by US First Lady Michelle Obama and schoolgirl activist Malala Yousafzai’s tweets in support. Yet whilst millions tweeted their support for the ‘Chibok Girls’, there was no similar outcry over abducted Nigerian boys, Yazidi girls sold into sexual slavery by ISIS, or displaced/migrant children in Latin America.

Why does the international community and global civil society care about some children, whilst the suffering of others goes unremarked? What is the political, cultural and emotional calculus of concern that determined which children are adjudged befitting of rescue? How and why do some humanitarian advocacy campaigns succeed in generating global or transnational concern, particularly in this social media age? And does concern and outrage among transnational civil society in turn translate into effective intervention? This interdisciplinary project seeks to answer the questions above by combining approaches from History, Ethnography, Sociology, and Political Science to study the #BBOG phenomenon. Significantly, the project interrogates the tensions and contrasts between the viral phenomenon of #BBOG internationally and the sustained political activism and local advocacy of #BBOG Nigeria.

Firstly, the project undertakes qualitative analysis of published and grey literature, and archival sources, to identify key humanitarian, human rights and developmental frames. It establishes an historical genealogy of child-saving (and girl-saving) in Africa, locating the #BBOG phenomenon within histories of humanitarian, human rights and developmental interventions from c.1935 to the present, showing how contemporary campaigns are shaped by racialized (post-)colonial legacies and tensions between local and global norms of girlhood.  Second, the project undertakes in-depth analysis of the #BBOG social media campaign, data scraping from Twitter, Facebook and Instagram using hashtag searches. It interrogates what frames, tropes, and images become viral in the context of humanitarian interventions and why, and examine how structural and positional power determine which actors have oversized social media influence in the digital age. Using framing methodology, it will produce a conceptual vocabulary of influential social media frames that generate issue salience and promote powerful emotions responses among a global audience. Third, the project will undertake ethnographic interviews in Nigeria with #BBOG and other advocacy groups, military personnel, local journalists and faith groups. These interviews will unpack the intersections of race, gender, age and religious identification in shaping local responses to the Chibok abductions, highlighting how local understandings and advocacy tactics differed from the international #BBOG campaigns 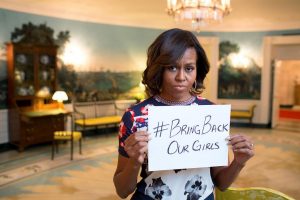 This project, which comprised staff from Psychology, Politics and English, as well as staff from an Exeter based support organisation, The Armed Forces Community Support Hub, looked into how best to improve the process of transitioning from the armed forces back into civilian life. The team supported the Hub in developing a literature review and conducting 13 interviews to service leavers who were also clients of the Hub. Preliminary findings then helped the Hub to prepare a Government facing document proposing a more structured approach to transitioning and outlining the value of culture and heritage in this process. The funding also led to the production of an art exhibition which due to the pandemic, was held online and is now available on the Hub’s website.

This research project is focused on understanding and addressing racialised barriers to participation in nature tourism and conservation in South Africa. Underpinning the project is the hypothesis that increased domestic tourism by black South Africans could aid long-term and sustainable biodiversity conservation efforts. The International Institute for Cultural Enquiry (IICE) Development Fund will support pump-priming activity in South Africa, bringing together an international team with backgrounds in theatre and performance studies, tourism and business management, geography and cultural heritage as well as with government and industry stakeholders, including South Africa National Parks. This project positions theatre and performance alongside social scientific methods as an ideal area of exploration and practice to understand and address how racial discrimination operates implicitly through culture to produce inequality of access to environmental assets such as national parks and marginalisation from conservation practices. 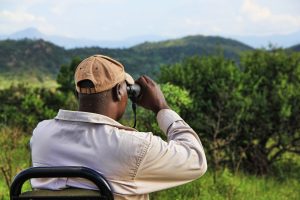 We coined the term ‘fragile faiths’ to apply to certain ethnoreligious groups violently displaced by war in Iraq and Syria, which placed their cultural survival in doubt. They share certain attributes which render their cultural continuity uncertain when displaced – endogamy as a basis for identity, a strong religious attachment to place within the homeland and (for many) limited distribution of religious knowledge across the community. Among the ‘fragile faiths’ are: Yezidis, Mandaeans (aka Sabians), Yaresani/Ahl-e Haqq/Kakai; certain groups of Alawites, Shabaks, Alevis ; Zoroastrians, (including Parsis), and Druze; and even ‘non-heterodox’ groups such as Syrian Christians.

Our project will comprise a comparative study of processes of continuity and change in the ‘fragile faiths,’ with essential participation from community members as researchers and partners.  Its aims are not to ‘save’ fragile faiths but to promote cultural preservation where deemed appropriate and to share community strategies on managing cultural change whilst preserving identity.  Our workshop begins this by placing members of Yezidi, Mandaean and Syrian Christian groups in dialogue with each other to identify common concerns. Then, they will feed back to parliamentarians.