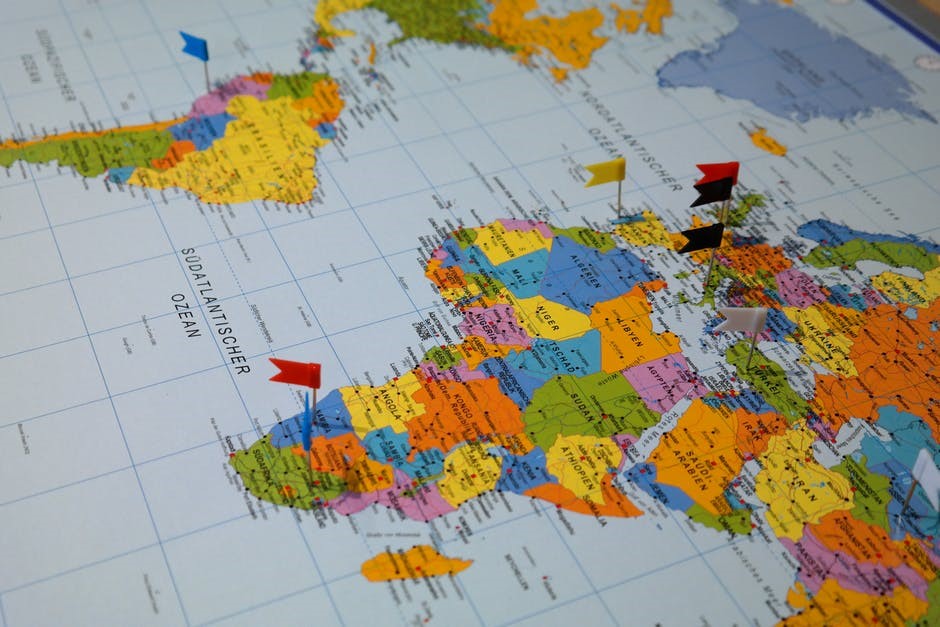 What were your main roles and responsibilities during the course of your internship?

During my time as a research assistant I had one main role – this was to research Circular Economy in both theory and practice across several different nations. Nations and areas researched included Costa Rica, Kenya and the European Union which was to be used during presentations and a very brief start to a research paper. I was given a new nation to research each time I finished my work making this was my main role in ESI.

My ability to research effectively and put it into writing vastly improved.

I was able to lighten the workload for my professor who is currently researching a project.

What skills were you able to develop through the internship?

What attributes were you able to develop through the internship? 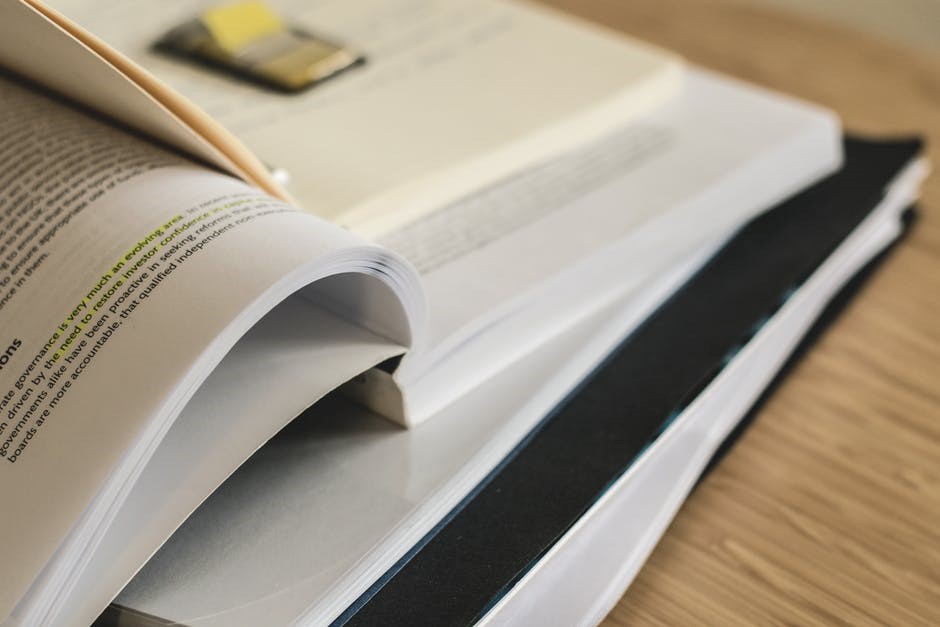 What were your main roles and responsibilities during the course of your internship?

I conducted a preparatory briefing on the Brexit White Paper which is circulated to senior staff and councillors of Southampton and completed a task concerning the mapping of public sector and third sector services that tackle serious violence in Southampton in order to inform the council’s decision to bid for Serious Violence Strategy funding. I created a local needs assessment that included current statistics regarding violent, knife, and hate crime, domestic abuse, reoffending rates, comparing the data nationally with statistical neighbours and per individual wards. Additionally, the needs assessment included data on looked after children, deprivation areas and school absences to coincide with the strategy’s youth prevention priority. I reviewed an annual report that records the progress of the actions that respond to the Youth Justice Strategy. From this report I deduced whether the action will remain for the forthcoming year or whether full progress had been made and thus a new action would take its place.

I realised my potential within the policy team and have definitely decided this is the career for me. Specifically, I actually aided the team with their work, especially with the creation of the local needs assessment and thus my internship was beneficial for everyone!

I efficiently completed each task quicker than expected thus, freed up the teams work to do other tasks.

What skills were you able to develop through the internship?

What attributes were you able to develop through the internship?

My role was to carry out background research needed to support an application for Government funding into a new project.

BizDef is a South East Cornwall based research and development consultancy specialising in new forms of energy. A small privately funded business, it aimed to grow and expand its staff base. As part of its business growth strategy, I was taken on to carry out market research, and review literature into renewable energy, supply markets and the economics of climate change. The results of the research formed part of a Proof of Concept report which was used to apply for a vital research and development grant application for a new product. 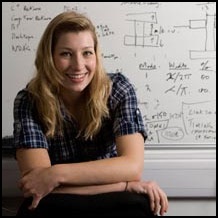 This internship was primarily about the interns learning and understanding more about the fast stream and the role of a civil servant in government. Before I arrived I was allocated a fast streamer to shadow in the DEFRA department. I was meant to shadow her duties on Tuesday, Wednesday and Thursday and then take part in some other activities on Monday and Friday. However, as the project she was working on was too sensitive and confidential (about the EU referendum) I was not able to, but she arranged for me to talk to various civil servants and other professionals instead. I met senior civil servants, professionals in Behaviour Insight Team and fast streamers in the Department of Health, Education, Work&Pensions, HM Treasury and DEFRA. My role was mainly just to network.

I don’t mean to sound too generic, but I really did overcome my alienation and fear of networking. Every interns experience was different, as it depended on the agenda that your fast streamer had set for you. My fast streamer set up meetings for me to speak to loads of people, so I was forced to reach out of my comfort zone and be bold to ask lots of different questions.

I think due to the nature of the internship, the benefits of the intern were limited as it was an internship where interns gain an insight into the world of a civil servant. However, during the week a lot of emphasis was placed on the civil service wanting to achieve diversity within its organisation. It was stated that even though their current workforce comprises of a minority ethnic background of 10.1% which is nearly reflective of general population (around 11%), there isn’t diversity among the senior roles. The civil service accentuated that the promotion of diversity it not just limited to moral reasons, but strategically they need to ensure they reflect the society to know how best to serve them. So, I brought insight into an ethnic minority’s viewpoint of the civil service and a chance for them to promote careers available to me that I may not have considered.

Not so much a challenge but an adjustment. I decided not to stay in Westminster (or nearby), but to commute from home as I thought it would be manageable. However, I found the travel draining, so I had to be very vigilant and organise my time well to ensure I was on time to all the events.

I learnt how a think tank operates and about the specific think tanks role in contributing to civil society research and policy recommendations.

I eased the workload of my senior colleagues by researching both general and specific information to contribute towards their publications. I helped run the administrative side and on-the-day organisation of the Norwegian sponsored Peace Capacities Network Istanbul conference. 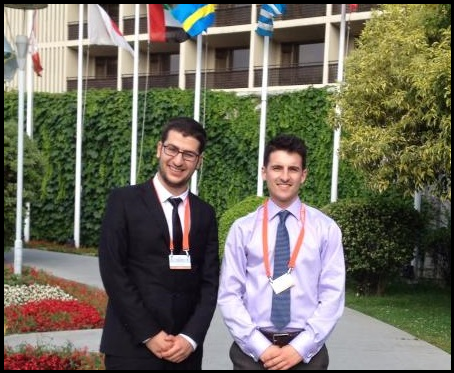 There were two parts to my internship. The first one was centered around the State Visit of the Luxembourgish Grand Duke. Here, my main duty was keeping the programme and motorcade plans up to date before the visit, as well as supervising press and luggage affairs during the visit itself. Throughout the whole run-up, I was also assisting the ambassador in any problems he had to resolve. The second part involved an in-depth research of Polish exports and the opportunities that Luxembourgish logistics companies could make a profit from.

My biggest achievement must be the close-up view of diplomacy that I got. There are so many little protocol element that I could have only learnt through such an internship rather than through studies.

Especially for the run-up to and the State Visit itself, my presence was helping my colleagues enormously, which they acknowledged several times during the internship. After the visit, my research piece also gave the Ambassador a more detailled overview of Polish exports than he could have managed to achieve in his tight schedule.

While there were no major problems during the internship, there were many little protocol things to which one needs to pay attention in the presence of His Royal Highness the Grand Duke. In order to overcome these uncertainties, I needed to rely on my colleagues and ask for their advice, because they were the only ones with the required knowledge to whom I could talk.

I provided administrative support on a range of projects managed by the team such as funding schemes and live projects. My daily activities included developing forms, drafting press releases, liaising with applicants to funding schemes, arranging meetings and taking minutes, proof reading and adding to reports, managing social media and editing websites.

I also provided full administrative and operational support for FabLab Devon, a project based in Exeter Library. I gave events and marketing support, and co-ordinated the FabLab Devon volunteers.
Additionally, I was responsible for the concept and organisation of GEW 2016 events.

Completing a final milestone funding report which secured £7,000 and getting a funding application for £65,000 past it’s first evaluation.

My role reduced the pressure on team members who were able to delegate to me. The funding I secured was also greatly beneficial.

I didn’t have a very thorough induction in all aspects of my role and was very daunted when I first started as it was a multi-facetted role. I was also repeatedly told that the intern I was replacing had done a poor job which I felt put a lot of pressure on me. It was difficult to manage my time between projects and to prioritise different workloads. I overcame these issues by asking a lot of questions, using my initiative and learning from my mistakes. To manage my workload I used tools such as Trello and Outlook calendar, I set myself deadlines and time allowances. Once I’d settled in I was happy in my internship.