Jack will present at our full day of talks about LGBT 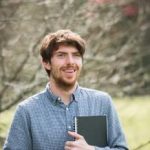 Jack Sargent is currently researching for a PhD in English, based on the University of Exeter’s Penryn Campus. His thesis considers the emotional and stylistic relationship between time and emotion in late-Victorian and twentieth century homosexual literature. Jack considers how who people who were attracted to the same sex in a period when homosexuality was illegal, illicit and considered as a momentary transgression, expressed their emotions as an aesthetic of enduring feeling, shaping their memories of past relationships and dreams of future connections. 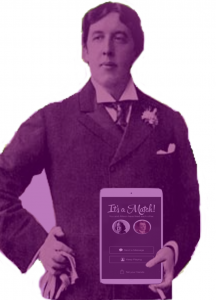 If he had been able to, would Oscar Wilde have downloaded the digital gay “hook-up”/”dating” app Grindr? Most probably. Wilde desired and enjoyed talking to beautiful men. Until his trial and conviction for “gross indecency” with other men in 1895, he was a ready and even reckless participant in late-Victorian homoerotic parties and clubs. His novels and plays also eulogised the importance of sensual connection and experience between individuals. However, would Wilde have liked Grindr? Grindr is becoming known as a space that is often void of emotional connection. Digital dating apps, arguably, encourage a twenty-first-century “no-strings-attached” culture in which individuals are, ironically, increasingly isolated in front of unresponsive screens.

This talk will consider how Wilde writes about meetings between men, asking whether these meetings are comparable with the twenty-first century experience of digital hook-up apps. Asking this question will help understand the differences between Wilde’s moment in time and our own. Jack will consider whether twenty-first century dating-app users feel the exciting, sensuous connections so important to Wilde. Is Grindr a gateway to exciting, sensuous opportunities, or does it disconnect us from the people around us?. Would Oscar Wilde has liked Grindr, or would he have despised it?