Our next Screen Talks event will be the last before we take a break for the summer.  The Screen Talks programme will resume in early October with more great films and great debates.  In the meantime, keep in touch with us on Twitter: @ExeScreen_Talks, via our Facebook group: http://www.facebook.com/groups/screentalks/, or drop us an email () to join our mailing list.

On Monday 17th June at Exeter Picturehouse. Prof Sally Faulkner (Associate Professor in Hispanic Studies in the Dept of Modern Languages  at the University of Exeter) will introduce Volver (Pedro Almodovar, 2006)

Prof Sally Faulkner has written a guest blog post for us about the ways in which Pedro Almodovar’s film deals with issues of memory: 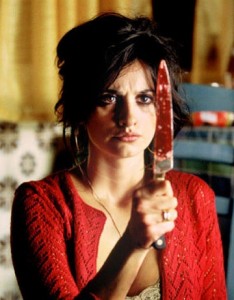 Pedro Almodóvar’s 16th film takes its title from a 1935 Argentine tango by Carlos Gardel and Alfredo de Pera, the performance of which occurs mid-way through the film to provide a narrative turning point. ‘Volver’ means to return, and many critics have focussed on the ‘returns’ staged by Almodóvar in this 2006 film. After the male-focussed Bad Education (2004), Volver is a return to the familiar terrain of a narrative about strong women, told through the genre that the director has made his own: melodrama. The film was also Almodóvar’s return to actress Carmen Maura – the memorable heroine of What Have I Done to Deserve This!? (1984) and Women on the Verge of a Nervous Breakdown (1988) – and to Penelope Cruz, who had played the sacrificial nun in the Oscar-winning All About My Mother (1999). Those three titles in fact tell us a great deal about Almodóvar’s concerns in Volver.  The question posed by the 1984 film title might be one asked by Cruz’s Raimunda – who has a lazy, abusive husband and a low-paid job as a cleaner at Madrid’s flashy Barajas airport – and the twists and turns of Almodóvar’s complex plot (he was sole scriptwriter) take her to the ‘verge of a nervous breakdown’. But Almodóvar’s vision in Volver is one of rescue and redemption; the film might be said to be all about her mother Irene, played by Maura, as she brings Raimunda back from this verge.

However, Volver, which achieved the holy grail of being a runaway success with both Spanish and international audiences, and a critical success with a fist of a prizes both inside and outside Spain, is so much more than these ‘returns’.  Made in the traumatic aftermath of Al-Qaeda’s bombing of commuter trains in Madrid in March 2004 (Almodóvar postponed the première of Bad Education out of respect for the almost 200 who lost their lives), Volver may also be seen as a response to the controversy over the memory of the traumas of the Spanish Civil War (1936-39) and dictatorship (1939-75), that culminated in Spain’s passing of the controversial Law of Historical Memory in 2007. During the years Volver was written and shot, the Spanish parliament and media exhaustively debated how to honour the trauma suffered by Spaniards during the war and its aftermath. Almodóvar’s brilliant response is not to make a ‘historical’ film (‘histórico’ is the adjective used in Spanish to describe both films with period settings as well as heritage films), with a Civil War or dictatorship setting, or a protagonist that explicitly remembers this period. Rather, he indirectly explores these current anxieties by staging trauma, recovery, loss and retribution in a film about the resilience of women and the support they give one another – as daughters, mothers, sisters, aunts and friends. As such, Volver also ‘returns’ to some of the masterpieces of Italian Neorealism, like Vittorio de Sica’s Two Women (1960), with Sophia Loren’s character and performance an explicit model for Cruz. Almodóvar thus recasts De Sica’s exploration of the trauma of World War Two for a 2006 audience and a post-Civil war Spain. 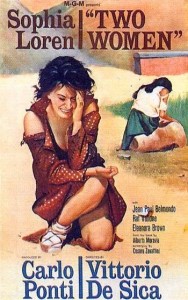 Sally Faulkner is Associate Professor of Hispanic Studies and Film at the University of Exeter, where she teaches courses on Spanish and European film, Spanish literature and Spanish language. She has written on Almodóvar and melodrama in her most recent book, A History of Spanish Film: Cinema and Society 1910-2010 (2013)