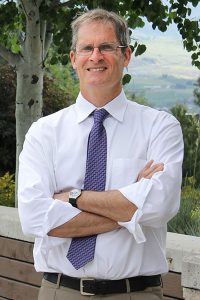 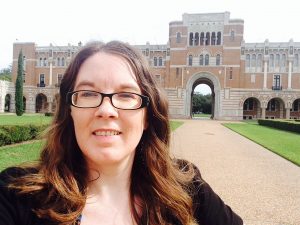 Bryce Traister studies and teaches courses in early American literature and culture. He holds a BA and PhD in English from the University of California, Berkeley, and taught for 20 years at Western University in London, Ontario, before joining the Faculty of Creative and Critical Studies in 2017 He is the author, most recently, of Female Piety and the Invention of American Puritanism, published by Ohio State University Press, and is the editor of American Literature and the New Puritan Studies, (September 2017). His current work includes a second edited collection for Cambridge, The Cambridge Companion to Early American Literature.

Kristina Bross specializes in Early American Studies. She is the author of Dry Bones and Indian Sermons: Praying Indians in Colonial America (Cornell Univ. Press, 2004) and co-editor of Early Native Literacies in New England: A Documentary and Critical Anthology (Univ. of Massachusetts Press, 2008), and a book forthcoming from Oxford University Press on the ways Early Modern writers imagined the world. She is the immediate past president of the Society of Early Americanists and was a Fulbright Fellow in 2007 at the Johannes Gutenberg University in Mainz, Germany.

Sinéad Moynihan's particular research interests are African American literature and Transatlantic Literary Studies, especially the Irish Atlantic. She is the author of three books: Passing into the Present: Contemporary American Fiction of Racial and Gender Passing (Manchester UP, 2010), "Other People's Diasporas": Negotiating Race in Contemporary Irish and Irish-American Culture (Syracuse UP, 2013) and Ireland, Migration and Return Migration: The "Returned Yank" in the Cultural Imagination, 1952 to present (Liverpool UP, 2019). She is Co-Editor-in-Chief of the Journal of American Studies.

Senior Lecturer in American Studies at the University of East Anglia, UK 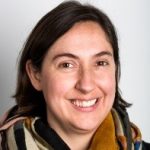 Cassander (Cassie) Smith completed her PhD in early American literature at Purdue University in May 2010 and joined University of Alabama’s English Department. Smith teaches undergraduate and graduate courses in early African American, American, and Caribbean literature. Both her teaching and research focus on representations of black Africans in early Atlantic literature, emphasizing the racial/cultural ideologies that helped shape English encounters with the early Americas and helped shape the literature produced about those encounters. Her current works in progress include a monograph, tentatively titled Race, Class, Emancipation and a Politics of Respectability in Early Atlantic Literature, which examines the ways in which issues of race and class merge in the emancipation rhetoric of an early modern black Atlantic. Smith is affiliated with the English Department’s Hudson Strode Program in Renaissance Studies, the Department of Gender and Race Studies, and the Summersell Center for the Study of the South.

Hilary Emmett teaches American literature in its transnational contexts, with a particular focus on transpacific approaches. She has published essays on comparative Australian and American literature in Journal of American Studies and Australasian Journal of American Studies as well as in edited collections. She is co-editor (with Philip Barnard and Stephen Shapiro) of the Oxford Handbook of Charles Brockden Brown and (with Matthew Pethers and Leonard von Morzé) of The Monthly Magazine and Other Writings 1789–1802, Vol. 2 of the Collected Writings of Charles Brockden Brown series.

Hilary E. Wyss teaches courses in early American literature, American studies, and Native American studies. She is the author of over a dozen articles and book chapters as well as three books, including English Letters and Indian Literacies: Reading, Writing, and New England Missionary Schools, 1750-1830 (University of Pennsylvania Press, 2012);  Early Native Literacies in New England: A Documentary and Critical Anthology (University of Massachusetts Press, 2008, co-edited with Kristina Bross); and Writing Indians: Literacy, Christianity, and Native Community in Early America (University of Massachusetts Press, 2000).  She has served on the editorial board of the journal Early American Literature and she is a past president of the Society of Early Americanists.​ 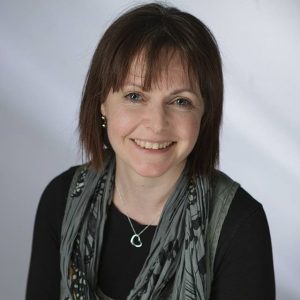 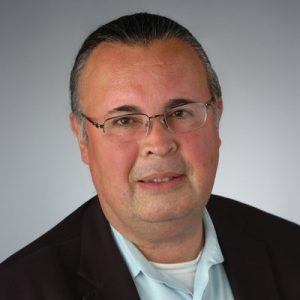 Kathryn Gray completed her Ph.D. at the University of Glasgow. Her first monograph, John Eliot and the Praying Indians of Massachusetts Bay: Communities and Connections in Puritan New England, was published by Bucknell University Press in 2013. Her research interests focus on 17th and 18th century transatlantic literature and culture and her next book-length study, Transatlantic Travel, will be an examination of natural historical texts and transatlantic fictions in the long eighteenth century. At present, she is developing research and public engagement projects with external partners, focusing on the 400th anniversary of the Mayflower sailing (1620), as well as the 400th anniversary of the death of Pocahontas at Gravesend in 1617.

Dr. Scott Manning Stevens, a citizen of the Akwesasne Mohawk nation, holds a Ph.D. and master’s degree from Harvard University. A highly sought-after educator, Stevens has taught at a number of universities, including Harvard, Arizona State and SUNY Buffalo. He was awarded a Ford Postdoctoral Fellowship at Brown University and held a number of fellowships at major archives. Stevens has lectured broadly throughout the United States and internationally. An avid researcher, Dr. Stevens’ primary areas of interest include diplomatic and cultural strategies of resistance among North American Indians in the face of European and American settler colonialism, as well as the political and aesthetic issues that surround museums and the indigenous cultures they put on display. Stevens is also preparing to publish a book-length research project titled “Indian Collectibles: Encounters, Appropriations, and Resistance in Native North.” He is the co-editor of Why You Can’t Teach United States History without American Indians and Home Front: Daily Life in the Civil War North.