Marina Hannus reflects on several different conference experiences and offers her advice on how to make the most of the social side of academic conferences.

In terms of social engagement and networking, I’m lucky. A lot of academics are introverted and feel unsettled about going to conferences, presenting their research, and having to ‘network’. I am lucky because I have always enjoyed meeting new people. Especially if I know that we have something in common which gives me a natural reason to start conversations. Therefore I often take pleasure in being in a context where I am surrounded by strangers.

At the same time, even I need to be intentional about turning on ‘conference mode’ if I want to make the most of academic conferences. In my everyday life I don’t initiate conversations with strangers very often, unless it is at a specific event or I have a legitimate reason. This in combination with the many hours of independent research makes me less used to interacting with strangers.

In spite of this, though, I find it more exciting than scary to go to conferences. This is why I booked three conferences in one month this spring…

Since the conferences happened within weeks of each other, I naturally started to compare the similarities and differences between them. I thought about the setup, size, atmosphere, and how I had experienced each of them.

The conferences ranged from about 60 attendants to about 300. I started with a Theology conference in Durham (SST), then the PGR Humanities conference here in Exeter, and finished off with a Science & Theology conference in Poland (ESSSAT). Since my own focus is on the interaction between theology and science, I especially noticed the difference between the ‘audiences’ I presented for. At the humanities conference most of the listeners had little knowledge of either theology or the natural sciences, in Durham there were many experts in theology, but not many that had a background in natural science (or the interaction between the two), and in Poland there were specialists in the particular field I research. This made the interactions with people very varied. It gave me opportunities to practice presenting my research in a way that was accessible for the attendees and their previous knowledge.

I also noticed a significant difference between these conferences and my previous experiences of academic conferences. The three I went to in April were very different than the ones I have been to before this year. Up until this point I had mainly attended conferences related to an American academic environment. The main one was the national (or rather international) AAR&SBL with about 10 000 attendants. Due to the busy schedule and the grand scale, it is not very easy to get to know people. I saw new faces wherever I turned. Even the regional conferences for the AAR&SBL had a similar atmosphere, even though these are a lot smaller. In spite of this, I socialized with as many people as I could, and I made some valuable friends. But it was difficult (even for me as an extrovert) to really connect with people.

I definitely understand why it is that way. With such a big conference as the AAR&SBL, there is little ‘reward’ for making an effort to be interested in a stranger’s research. Chances are you will never see them again. If they’re in your own field of research, then you’ll come across them again, and you can make an effort at a later point instead. I also realize that the national AAR&SBL provides a setting where friends who are spread across the world can reconnect and catch up. This might only happen once a year or every few years. Therefore it is natural that people seek out their previous connections rather than make new ones.

On a more positive note, these large conferences taught me how to be intentional about making connections and start conversations. I started to understand the value of emailing people in advance, to ask for a meeting or to connect with a presenter after a particular session. I also discovered how important it is to ask questions during the sessions, and to tweet about the contents. This led me to many interesting conversations afterwards. Similarly, I learned the value of re-connecting with people over email after the conferences. This made it easier for both of us to remember each other and to pick up where we left when meeting at the next conference.

As you might realize, I have really enjoyed these conferences and I have made friends that I am still in touch with. Additionally I learned a lot about social engagement in the academic world.

However, when I went to the first of my conferences in April this year (SST), I was blown away by the difference in atmosphere from what I had experienced at the AAR&SBL. It seemed like the people who started to talk to me at the initial receptions actually made an effort to get to know me. This continued throughout the conference. Due to the crammed eating space, each lunch provided an opportunity to get to know new people. It became more and more natural to start conversations with strangers about everything and nothing. The size of about 300 attendants provided a good mix between seeing people that I had not noticed before, but also recognizing a lot of faces so that it made it easier to start to talk to them. It also provided me with opportunities to reconnect with people several days in a row, rather than having them disappear in the large crowd of attendees.

I especially considered this when I was on my way home from Durham and noticed how natural it had become to initiate conversations with ‘strangers.’ I had truly switched to ‘conference mode’ and I was almost reluctant to switch back. I had to laugh at myself when a young woman sat down in the seat next to me on a city bus and I had the instinct to turn to her and say: “Hi, I don’t think we’ve met. I’m Marina. What’s your area?” I had to remind myself that I was no longer at the conference and that this kind of behavior would most likely be considered weird in the ‘normal’ British society.

The third conference I went to (ESSSAT) provided even more opportunities to get to know people. Like with the SST they had been intentional about forming an environment that cultivates building relationships. They began the conference with an evening reception to get people to start talking. Apart from this, they had spread out the conference over a longer time than necessary. They wanted the schedule to be less busy so that people would be able to have meaningful conversations during the long lunch breaks and other gaps in the schedule. During the first few days I discussed this with another attendant. I commented, somewhat annoyed, that the society could have made the conference much cheaper if they had limited the time and made the schedule more concise. For example, evenings were free for attendees to socialize or recover from jet lag, the meals were unusually long, and one whole day was set apart for a daytrip with different sight-seeing activities rather than conference sessions. However, 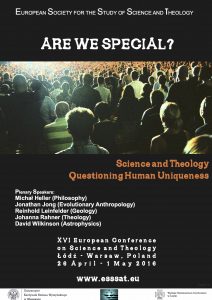 towards the end of the conference I had realized how much I valued the ‘airy’ schedule. I had made so many priceless friends that I did not want it any other way. The connections and conversations I had with people during the ‘long’ breaks had a positive effect on both my personal life and my research. They had done such a good job creating an atmosphere that helps growth for attendees both as academics and as human beings. I was also positively surprised and encouraged that most of the people were non-native English speakers. Many of us were discussing our research and viewpoints in our second (or more) language. The ‘broken English’ in combination with a variety of experiences and worldviews made it more visible that this was an environment of humble and respectful interactions. Sometimes people needed to put in an extra effort to understand someone else’s viewpoint. Most of the time they made that additional effort, and the result was beautiful!

This is the kind of conference that will give you the most, as an academic and researcher, but also as a human being.

Keep in mind though, that even if the conference is set up to make it easier to connect and have interesting conversations with people, it is up you, as the attendant, to take advantage of it. There is nothing that can help you make friends if you stay bunked up in your hotel room the entire conference. There is a risk with having such a laid-back schedule as the ESSSAT in Poland did. It is easy to hide away and avoid social interactions if you would wish to. I was fortunate to figure out many of the tips and tricks for making connections during the larger conferences. Those experiences have aided me in these new, easier contexts.

If you wish to make the academic socializing easier, then here are some tips and thoughts to help you get started:

I hope these thoughts and experiences help you make the most of your academic conferences! May you enjoy the social interactions and may it make you a better academic, a better researcher, and a better person.

Marina Hannus is a postgraduate researcher at the University of Exeter. Her research is in theology and science with a specific focus on the origin of sin and how it relates to the evolution of morality.