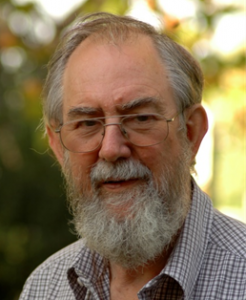 On May 2nd and 3rd we are delighted to welcome the distinguished South African Theologian, John de Gruchy to deliver the Prideaux lectures.

The Prideaux Lectures are a unique collaboration between the Cathedral, the Diocese and the University of Exeter. They were instituted under the Will of the late Canon S P T Prideaux to ‘honour the memory of Bishop John Prideaux of Worcester, a Devon man who from humble origin rose to great heights in the service of learning, his University and the Church’. John Prideaux was born at Stowford, Devon, one of twelve children of a local farmer. He is said to have walked to Oxford, where he became a servant in Exeter College, before becoming a student, then fellow, the Rector of the same College! He was later Vice-Chancellor and then Regius Professor of Divinity at the University of Oxford, and was appointed Bishop of Worcester shortly before the outbreak of the English civil war.

Because of Prideaux’s background, the lectures named after him are intended to appeal to an audience which spans both the university and also the ministers and people of the church in Devon. It is particularly appropriate, then, that this year’s lecturer is someone who has served both university and church: John de Gruchy is an ordained minister in the United Congregational Church and served two congregations before working for the South African Council of Churches. He then took up a post in the University of Cape Town, eventually becoming Robert Selby Taylor Professor of Christian Studies.

Like John Prideaux, John de Gruchy has lived through times of serious civil division and political unrest: times which in both cases gave rise to radical theologies of various hues and to the use of much apocalyptic language. John de Gruchy has used his scholarship to engage in the work of reconciliation and social justice and to reflect theologically on a wide range of political and social issues both in South Africa and beyond. He is renowned for his scholarship on Dietrich Bonhoeffer, the German Lutheran pastor and academic who resisted the Third Reich and was executed by the Nazis in 1945. In his lectures, John de Gruchy will offer a Christian analysis of the current times of global crisis and uncertainty. He will probe the relationship between freedom, justice and power, and suggest a Christian response which is prophetic, which offers hope, and which renews a politics for the common good.