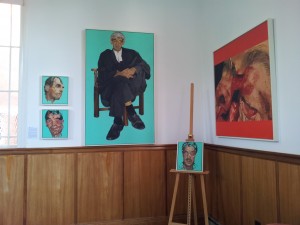 This workshop took place in the unique surroundings of Hannah’s at Seale Hayne, recalling their brief past as a centre for rehabilitation for soldiers suffering from shellshock following the First World War. The day combined research in health and social psychology with presentations from the chief executives of the two UK charities associated with the project, Saving Faces (director Iain Hutchison) and Changing Faces (led by James Partridge). James Partridge gave a powerful presentation on the background to his work with Changing Faces, ranging from personal experience to his discovery of the limited literature on disfigurement and stigma in the 1970s, to the foundation of Changing Faces and the variety of initiatives which the organisation has undertaken since then. In particular, James gave an overview of advocacy work for improved psycho-social care for those living with a disfigurement and of the recent Changing Faces campaigns for face equality. 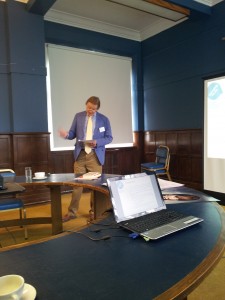 Iain Hutchison explained the background to the foundation of Saving Faces and of the Saving Faces art project, exhibited in part in the Chapel Gallery during the workshop. Iain referred in particular to the therapeutic potential of the art-works produced by Mark Gilbert and, equally, of their production. During a tour of the Chapel Gallery, we viewed a selection of the Saving Faces works in dialogue with work by Paddy Hartley, artist in residence on 1914FACES2014 (curated by Cristina Burke-Trees). The afternoon sessions were devoted to Psychology research concerning body image and facial difference. Professor Nichola Rumsey presented on ‘Developing Interventions: Promoting Social Integration for People with Visible Differences’. 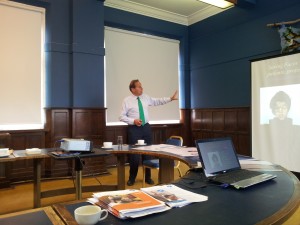 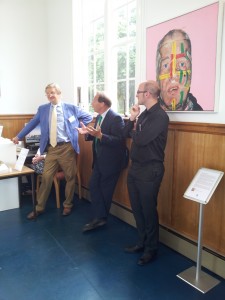 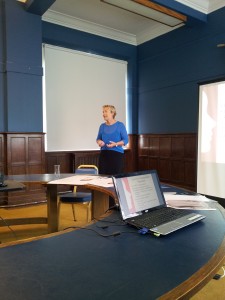 Nichola spoke on facial difference and personal identity and on the way current representations of the face and the body affect these. Nichola is Professor of Appearance Research at UWE and is Co-Director of the Centre for Appearance Research (CAR), which she founded at UWE in 1992.

The final paper was entitled ‘Understanding interactions between individuals with and without a facial disfigurement’, and was presented jointly by Dale Weston, Manuela Barreto and Thomas Morton of the University of Exeter. Dale, Thomas and Manuela gave details of the experimental work carried out to date within the framework of the 1914FACES2014 project. The focus of this work is on assessing how individuals without visible social stigmas imagine and approach interactions with others with facial stigmas, and the psychological processes that are elicited by imagining and anticipating interaction. A key finding from both these studies is that imagining or anticipating interaction with another individual with a facial stigma is cognitively distracting – suggesting that people have to ‘work hard’ to think about interactions with partners who have facial stigma, and more so than  is the case with partners who have other forms of stigma (eg to the body). Moreover, although people expressed confidence when actually anticipating an interaction with an individual with a facial stigma, there was evidence of a disconnection between the confidence people felt and the way they acted in preparation for the interaction itself (ie with more distance). Future plans to delve closer into this disconnection between what people say about such interactions and what they actually do were outlined and discussed. The final part of the day was given over to free-form discussion and networking. 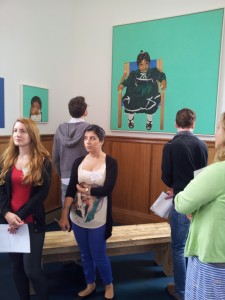 Mazeeda B, post-op by Mark Gilbert 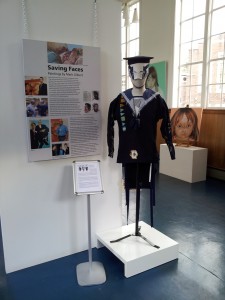