Patria Obscura is a documentary film made by Stéphane Ragot under the auspices of 1914FACES2014. In Patria Obscura, the military past is addressed through the lens of family history and remembrance, including Ragot’s own memories of his grandfathers. The film engages with the history of the gueules cassées, and will be screened at the University of Exeter on 26th May 2015. The screening will take place from 19:00-21:30 in Queen’s Building LT6.1. All welcome. 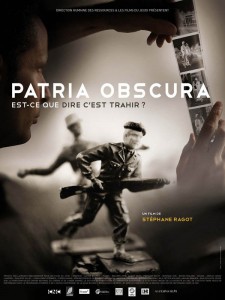 Faces of Conflict, the major UK exhibition arising from 1914FACES2014, opened at the RAMM on 17th January 2015. The private view was accompanied by a uniquely moving and powerful reading by Michael Longley, CBE. Michael read from his recent collection The Stairwell (2014) and spoke about the key role played by the First World War in his poetic creation. 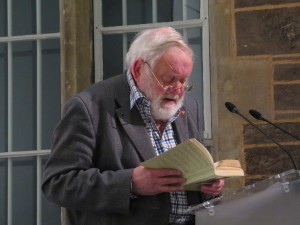 Michael’s father served as the teenage commander of ‘Longley’s Babies’, one of the London-Scottish regiment’s infantry companies. Michael’s father’s experience marks Michael’s own reflections on a variety of conflicts from different historical periods, and The Stairwell sees remarkable juxtapositions of scenes from the Trojan wars and the First World War. In particular, Michael’s poem ‘The Tin Noses Shop’ offers a glimpse of the gueules cassées and of Anna Coleman Ladd’s work to create portrait masks in the war years. We were honoured to be able to include this work and Michael’s equally striking work ‘Face’ in the exhibition.

Faces of Conflict explores the long-lasting influence upon artists and surgeons of the facial injuries suffered during the First World War, and includes contemporary work by Paddy Hartley, Eleanor Crook, Rene Apallec in dialogue with a range of historical artefacts.

The exhibition is at the RAMM until 5th April 2015. 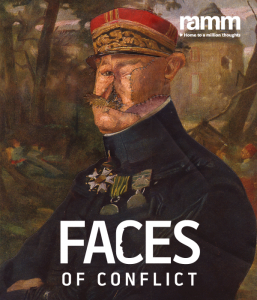 Open to researchers from all disciplines with an interest in 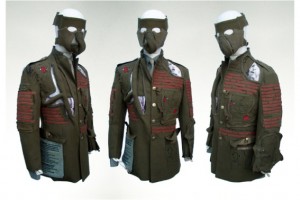 Poster entries are now welcome for the poster sessions that will take place as part of the international conference ‘Les Gueules Cassées: disfigurement and its legacies’ (University of Exeter, 12-14 March 2015).

The poster sessions will allow you to showcase your project and to find out more about the latest international research on disfigurement and its legacies. It is possible to both enter a poster and present a research paper at the conference. Refreshments will be served and participants are warmly invited to attend the keynote speech by Prof Bernard Devauchelle, who performed the first partial face transplant in 2005 (Thursday 12 March 2015, 6pm, Forum Alumni Auditorium).

Posters will be displayed in the Forum for the duration of the conference and a prize will be awarded to the winning entry.

For further information or to enter your poster, email

The deadline for entering your poster (name + abstract) is Friday 6 February 2015.

A recent episode of BBC One’s Spotlight saw Paddy Hartley and Marjorie Gehrhardt discussing facially-injured WWI sailor Walter Yeo and his surgeon Harold Gillies. Yeo, from Plymouth, underwent extensive and pioneering facial reconstruction surgery carried out over a number of years by Gillies. Paddy Hartley spoke about the influence of the Gillies archive on his work, and the inspiration he drew from this unique period in social and military history. One of Hartley’s pieces, a uniform sculpture displaying Yeo’s accident and recovery, was shown alongside a discussion of the lasting historical and medical significance of Gillies’s work and its evolution into increasingly complex modern-day surgery techniques. During an interview with presenter Justin Leigh, Gehrhardt considered the social implications of Yeo’s severe disfigurement during his reintegration back into society, including the positive impact of the accepting attitudes of his family and local community. 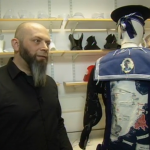 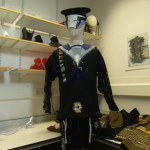 At this session of the Cultures of Europe seminar series at the University of Exeter on 27th January, Marjorie Gehrhardt spoke on the history of the Gueules cassées, in particular the threats to individual identity brought by facial injuries, and the issues arising from the photographic representation of facially injured soldiers in WWI. Gehrhardt identifies specifically photographic narratives of reconstruction during and immediately after the war, referring to official photographic records, surgical photography and the museums attached to hospitals (such as Val de Grâce) which exhibited photographs. This is a subtle and wide-ranging treatment of a significantly neglected history, and one whose photographic legacy surely merits further investigation. Gehrhardt refers in particular to Sontag’s analysis of photographs of pain, war and atrocity in Regarding the Pain of Others, and assesses Sontag’s reference to the anti-war pamphlet Krieg dem Kriege (1924) by the German pacifist militant Ernst Friedrich to illustrate the power of photographs as ‘shock therapy’. While for some the photographic legacy of the Gueules cassées is testament to the restorative power of maxillo-facial surgery, for Friedrich they testify only to the horror of war.

Next week’s Cultures of Europe seminar on The War Damaged Body in Twentieth Century Europe will include a paper on ‘The Face of War’: photographic representations of facially injured soldiers. Through a discussion of visual representations, this paper investigates the experience and images of gueules cassées of the First World War, and explores the multi-faceted impact of these injuries and the ways in which they were portrayed.