Posted by Jonathan Cresswell on 17 January 2019 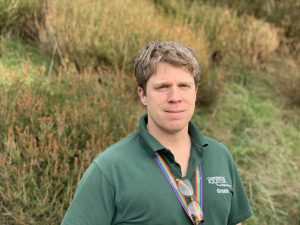 Are there any barriers to apprenticeships?

No, we have employed apprentices in arboriculture, which is a very small team of people, apprentices in sport, and 2 apprenticeships in gardening (horticulture), one of which has completed and the other is still in training.

There hasn’t been a problem in our small or big teams.  The Arboriculture team is literally 2 people (an experienced person and an apprentice), but it was just a case of making sure we chose the right apprenticeship and appointed the right candidate to the role.  This took a lot of work, but no more than any “normal” recruitment process.  We have a set induction process for our grounds staff on all pieces of equipment.  This includes a training programme for candidates (including induction and mandatory training), with assessments/check tests on tractor diving and use of grounds equipment relevant to their role – so there’s no difference in taking an apprentice or a general basic level gardener, apart from it is cheaper initially.  You could say that it costs you much more in time, however, it’s such a big campus so really it takes that same level of investment in time and effort for any of our new staff to get to know all the people and different teams and get to know the campus – generally it takes the first 6 months, apprentice or not.

How are apprentices embedded in your team?

We embed apprentices in the same way we would for any new staff.  The university can be quite a daunting place, as we have large and diverse grounds, and it’s not like you’re going to be in a nice cosy office where everyone comes in to say hello.  We show the apprentices where the facilities and their lockers are to help them settle in.

We provide the apprentice with a mentor (maybe not the same mentor every day as it depends who they are working with and what they are doing) but we say today you’re going to work shadow this person – for example at the back of Holland Hall.  The mentor can then help the apprentice get to grips with the location, find where the facilities are and how they can gain access to the buildings etc.

Can you describe your experience of the recruitment process?>

We get a real spectrum of candidates that apply to us now.  Before the apprenticeship reform in 2017 it used to be just school leavers, who in some cases were quite nervous of the world, but since the introduction of the new apprenticeship standards, also with the limitations on apprenticeships upper age limit have been removed, and the fact that young people need to stay in education until they are 18 the quality of apprentice we employ is much better.

I think it does matter about the time of year you are recruiting, but not as much as it used to.  If you are hoping to recruit school or college leavers you should look to recruit just after the New Year as generally they are starting to think about what they are going to do after their exams.

It also helps recruitment by having the vacancy advertised on the university website, the apprenticeship website, and through the training providers.

The training providers we use now are really good.  They want decent candidates too and it’s important to them that the apprentice completes the course, so the last 3 apprentices we have had have been excellent.

What is your experience of managing and mentoring apprentices, and the benefits of having an apprentice?

The benefits are hard to quantify.  There hasn’t been a golden egg where “this has happened because we’ve had an apprentice”, having said that when we have had an staff member working in our glasshouse/nursery, we enrolled him on an apprenticeship to upskill and teach him new skills.  So he went away, learnt new knowledge and skills about how the nursery needed to be run and some of the techniques on things like propagating plants at college.  That was really helpful for us.  We could have done the training ourselves, however, the apprenticeship saved us a lot of time and hassle.  The apprentice studied on day release during term time, which was time really well spent because he was meeting new people and increasing his skills.  There was a situation where we were unsure about a rate of liquid feed, which sounds simple but was actually quite complicated.  He was able to use his new network and lecturers to be able to find out the correct formulas and confirm the rate.

The other benefits, that some people wouldn’t necessarily see as a benefit, is that if a manager/mentor is mentoring an apprentice and making sure the apprentice is getting everything they need to get them through their lessons and classes, and helping them to get the work based evidence, it makes the manager/mentor engage with that member of staff a bit more, and really get into detail about what they are actually doing.  So whether they are an apprentice or not, you take them on and have to train them up and keep improving them – whether that’s an apprenticeship or part of their professional development it formalises the training, job structures, who’s doing what, when and how, and who’s the most appropriate person.  While you are doing that it has a knock on effect to the people surrounding that apprentice because they are getting experience of mentoring somebody, and having to explain something, so if they’ve had an erosion of skills through just doing the same thing all the time (and maybe not doing it properly), if they are showing somebody how to do it, it reminds them what they are supposed to be doing and how they are supposed to do it.

Also apprentices may have come directly from secondary or further education, a job they don’t want, or perhaps have had a career change or are returning to work after a career break.  If they arrive here and there’s a bit of negativity in the team, the apprentice will soon explain how good it really is here compared to elsewhere, and will explain about all the development opportunities the University gives them.  This then helps to motivate others in the wider team.

We tend to do additional training on top of the apprenticeship, as part of peoples professional development, and the apprentices are really appreciative of it.

Apprentices are quite loyal if you’ve supported their apprenticeship properly, because they are really appreciative of what you’ve done for them and the support and development they have received.

Apprenticeships also seem to be helping reduce churn in our team.  The last 2 apprentices we’ve had, we’ve retained that person and that’s been really positive.

Apprenticeships seem to be a better recruitment tool that just interviewing.  We employ our apprentices on a fixed term, 2 year contract, so over that time you really get to know that person and they can really get to know you.  Through normal recruitment some people might turn up and have a good interview, and a good first few months, however you really get to know apprentices over the duration of their training. If you have an apprentice who is excellent at their job they could apply for a permanent role in the team and be in a favourable position to be successful.  My opinion is that you’ve invested a lot of time and effort into that person so if we had a vacancy available there would have to be a good reason not to want to employ them.

Are there any examples of where apprentices have added value?

One of our apprentices, whilst working at Reed Hall, said that she really wanted to plant out a bed, which had been neglected for a long period of time.  We let her do it as a project that could be used toward s her apprenticeship.  Through completing the project, she’s learnt surveying (taking measurements and waypoints etc) along with the other grounds staff member who helped her.  That job probably wouldn’t have happened if she wasn’t asking to do it as a project on her apprenticeship.  She went off and did a lot of research in her own time, about the Veitch plant collectors (The grounds of Streatham Hall, now known as Reed Hall, were laid out in the late 1860s by the firm of Veitch whose plant collectors travelled across the world in search of new species of plants to adorn the gardens of Britain), which we just wouldn’t have time to do this kind of thing in our normal working day.  So it’s that level of enthusiasm that apprentices bring with them, which comes down to the recruitment process and making sure you get the right person for the role.

How do you manage the off-the-job training and what impact does this have?

We have 2 different styles of apprenticeship off-the-job training underway at the moment.

Our Arboriculture apprentice studies at College on block weeks, as there are very specific skills and qualifications they need.  We picked that particular apprenticeship and provider because all the really important professional skills and qualifications we needed the apprentice to have were front loaded, so he now has the licences and tickets he need to be able to do his job and learn his trade.  It’s pretty easy to manage block weeks, we know there’s one each term with scheduled on-site visits from the training provider – it’s a bit like booking in the calendar for a holiday or any other appointment.  This apprentice is in a small team, so you would think that it is going to cause a massive problem, but it doesn’t, it just boils down to how you organise the work that’s coming up.

Arboriculture practices change quite frequently.  The apprentice will learn the most up-to-date methods, such as rope techniques, safety, and ways of climbing, so that’s been quite good for him to come back and say “we’ve been shown this single rope technique or safety measure”, so that’s great for up-skilling the whole team.

Our other apprenticeship is studying horticulture.  This is delivered through on-site training carried out through site visits and assessments in the workplace by our training provider.  That apprentice has to gather a lot of their own evidence (which she’s done using the training providers mobile phone app), so we allocate a specific time each week and say that’s the time you have to do your written work, and we block that out in the calendar.  At the visits we discuss with the training provider what skills and tasks need to be done before the next visit so we can plan them into the work as part of our normal job scheduling process.

What’s been your overall experience of apprenticeships?

Apprentices work to the most up to date industry standards, delivered to that person by an expert and supplemented with on-the-job training from our team, so at the end of their apprenticeship the apprentice is not only qualified, they are a well-rounded member of our team.

Posted in: Case Study - Line Managing an Apprentice
« Supporting an apprentice with the Royal Devon and Exeter NHS Foundation Trust
Multiple Awards for our Apprentices at the Exeter College Apprentice and Employer Awards »
Skip to toolbar