The winners of this years Exeter Startup Weekend competition were Dot_IT. The event took place on 20th November 2016 in the University of Exeter Innovation centre. Team Dot_IT who were declared joint winners with Collabnation, have told us a little more about their business idea:

“Dot_IT is a smart screen specially designed for visually impaired people. Dot_IT will shape 2D pictures or videos onto 3D surfaces to allow users to use their touching sense to access graphic information such as maps, charts, text and photos. Dot_IT will be a tool with enormous potential in education and social engagement.”- Henry Fernandez Pizarro

We want to congratulate Dot_IT on their achievement, as well as all the other teams who took part in such an exciting event.

The Dot_IT team members include: 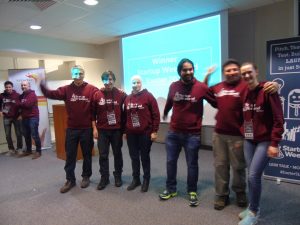 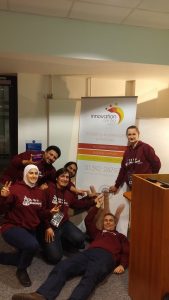 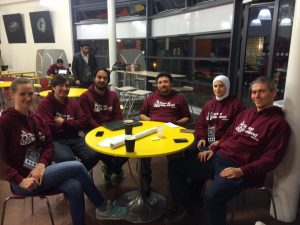