(Dr) Emily Johnson is still very proud of the two letters before her name, which she was finally awarded in August. In this blog post she takes us through her end-of-PhD journey, from submission to corrections. You can continue to follow Emily’s research on twitter, or on her blog, where this post first appeared in a series called Viva Survivor.

When I approached the start of my fourth year it was time to think seriously about my PhD Viva! We decided upon my examiners well ahead of time in October, as I had initially aimed to submit before Christmas (2016), but it became clear that that was a little optimistic. In the end, I had finished writing and editing my thesis by the end of March (2017), the same time as my funding ran out!

I printed my whole thesis off on a Saturday when no one would be in the Archaeology department. I camped on the sixth floor of the Laver building, by the printer, as three sets of 300 double sided pages slowly appeared. Printing was not without its dramas – a huge paper jam had me digging about desperately in the printer with a ruler! 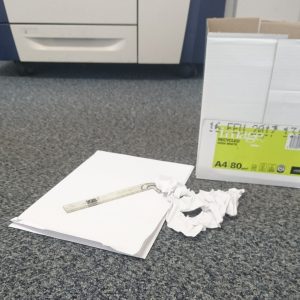 Packed in a cardboard box, I took all copies of my thesis to the Print Shop for binding on Monday morning, then handed it in at the SID desk! Finally, the thesis was submitted! 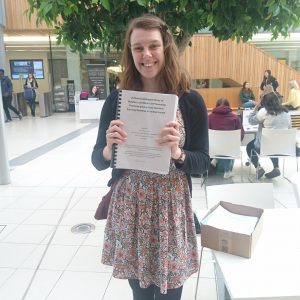 Figure 2: The relief of thesis submission!

Months of intense work suddenly ended, and I faced something of a crisis of self identity. Who was I if I wasn’t working furiously on my thesis? I decided I needed a holiday, and there was plenty of time between submission and my viva at the end of May. Viva prep tip #1: GO ON A HOLIDAY 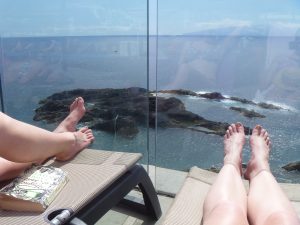 Figure 3: Four nights with all-inclusive cocktails in Tenerife with my sister? Perfect.

I returned to the department 6 weeks before my viva to start prepping in earnest, and immediately was embroiled in DRAMA. My Internal Examiner had a forty-page section of my thesis twice, meaning my External Examiner could be missing those forty pages! In the end, all pages were present and correct, but for a while my thesis was 565 pages ± 40. 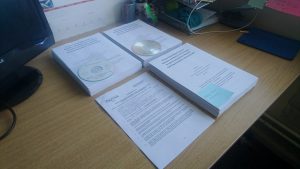 Figure 4: One of these theses is not like the others…

Mild crisis over, I started my prep.

Firstly I caught up on scholarship and reread the thesis, making notes of any corrections I would want to make.

I composed responses to generic and specific thesis questions, including my ‘nightmare’ questions that I didn’t want to be asked. Having thought about what I would say made me more relaxed about this!

I put post-it notes at the start of each chapter in my thesis making it easy to turn to key places in my thesis during the viva.

I planned what I was going to wear – comfortable, but professional – and regardless of outcome I knew I would need a drink with my friends after my viva, so I booked a table for dinner.

One of the most useful things I did was practise describing my thesis in different amounts of time – in one sentence, in five minutes, and then in fifteen. The first thing they asked me in my viva was to describe what I did, and so it was great to have all my thoughts in order.

My absolute top tip is practice saying things aloud. You may feel like you sound a little silly talking to yourself or a willing/unwilling test subject, but you’ll be glad that you’re able to respond to questions and talk about your thesis coherently when you get to the viva!

The day of my viva dawned bright and sunny. I got up and caught the bus to campus, and sat at my desk reading through my discussion and generally getting all nervous and tense the closer it got to 10am. I scoffed a cereal bar, knowing I’d be hungry (the viva could last for hours!) and filled up my water bottle. On my way back to the office I bumped into my External Examiner, who I’d never met, and helpfully pointed him towards the restroom! The ice was somewhat broken after that!

My viva was held in my internal examiner’s office, which I was really pleased about, as the atmosphere was friendly yet professional, and I was in a building I was familiar with. The first thing my examiners told me was that I had passed with minor corrections! YESSS! They then asked me to talk about my thesis, and I relaxed into the viva. All my prep meant the description just rolled off my tongue, and I could almost sit back and listen to myself talk, occasionally thinking “oooh nicely put, Emily” with my second thoughts!

We then went through my thesis chapter by chapter, picking out a few errors and clarifying a few things. Some of the questions they asked me I had prepared for (WIN) but they didn’t ask me my nightmare questions, thank goodness! I still was glad I prepared for them.

Finally (after 12 case studies) we reached my discussion chapter. I think they were glad to get to it after so many case studies, and had little to say about it apart from how well it summed up the thesis. We chatted some more about my work and the implications, and suddenly my viva was over – it had been 2 hours! Let the celebrations begin! 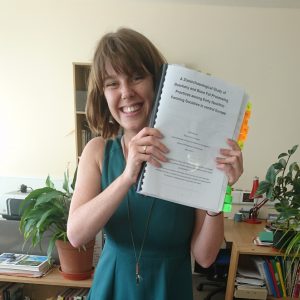 Several hangovers later I started to work on my corrections. I had minor corrections, related to both content and format. Some of them I could carry out fairly quickly – for example, I had to ensure all my graphs had axes titles, something I could do swiftly by tabbing through graphs and using keyboard shortcuts to edit them. A few other quick edits were clarifying my role on the overarching project, and what I did not do as part of my thesis. I added a few missed references and explanations, and clarified some sections. 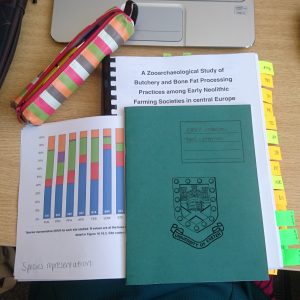 Figure 6: Doing your corrections is a great excuse to buy a new notebook.

Other corrections took longer. The most tedious was adding raw proportions after each percentage – so I had to change 10% to 10% (1/10). I had total values in associated tables and charts but my examiners wanted it to be more obvious and immediately accessible. There were over 800 percentages in my thesis, not to mention p values, and I had often calculated my percentages as one formula, so I didn’t have values to hand. This meant it took quite a long time!

In doing these corrections I actually found several instances where my formulae were incorrect! I was mildly horrified that I hadn’t noticed these errors, although with thousands of formulae used to analyse my twelve bone assemblages it’s hardly surprising that some slipped through. I was glad of my corrections then as it gave me time to rectify some errors and redraw the offending graphs, and in some cases, edit my explanations. Nothing too major to affect the thesis conclusions of course!

The submission of my corrections was almost more scary than submitting the actual thesis for the first time! I knew that if there were mistakes in this one (even if they were not picked up by the examiner) then they would stay in my thesis for all eternity. So with trepidation I sent a highlighted copy of my thesis in to be looked at by my internal examiner, and she approved the corrections within a week! I then had to upload the thesis to the Exeter University online repository, and about a week later received an email confirmation of the conferment of my degree, addressed to Dr Emily Johnson. My PhD journey was over!