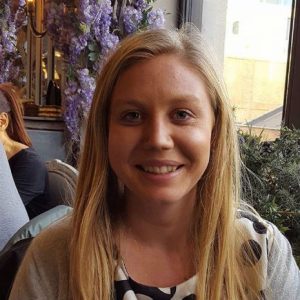 Lisa is currently a first year History PhD student and the recipient of the Leverhulme Age of Promises studentship. Her thesis focuses on the parliamentary elections of women candidates in Britain between 1918 and 1931; before coming to Exeter Lisa interned as a historical researcher for a Member of Parliament.

As the 6th February arrived, I turned on my radio that morning to hear the news: the top story – the centenary of votes for women. That day in February marked 100 years since women over 30, who met a property qualification, were granted the vote in Britain. And what a fantastic day it was; for feminists across the country it felt like Christmas! That day we as a nation came together to celebrate this important milestone in history. That day we paid tribute to the suffragettes and suffragists who campaigned tirelessly for the vote, who endured police beatings and imprisonment for their suffrage activities. That day we remembered their heroic stories and celebrated their contribution to gender equality.

Soon after starting my History PhD at Exeter in November 2017, I joined the Exeter branch of the Fawcett Society (Fawcett Devon). The Fawcett Society is the UK’s leading charity campaigning for gender equality and women’s rights, and is named after the suffragist Millicent Fawcett. Gender equality is something I’m incredibly passionate about, initially sparked by my historical research on political women in early 20th century Britain.

Fawcett Devon holds monthly meetings and provides a hub for like-minded people to meet, discuss ideas and promote gender equality in Devon. To celebrate the centenary in local schools, Fawcett Devon at the end of January held its first school workshop at St James school in Exeter. This was the first event I organised as a member of Fawcett Devon, along with Yvonne Atkinson the branch coordinator. As my thesis looks at the parliamentary elections of the women candidates 1918-1931, and I’ve previously done a lot of work on suffrage, I took charge of the historical side of things. 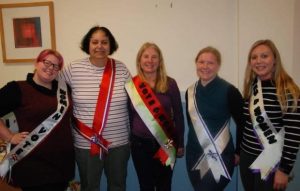 The event was centred around Year 11 students re-enacting the House of Commons suffrage debate from 1917, where MPs debated whether women should be granted the vote. For this I took the original arguments from Hansard (the Official Report of debates in Parliament) and created mock debate for the students to re-enact. Arguments such as ‘women are too emotional and kind to be allowed to vote’ and ‘they would not be able to cope with the double burden of childbirth and politics’ highlighted the prejudice that women faced and the shocking arguments that MPs used.

To provide some background information to the students, I also gave an introduction talk on suffrage and how gender equality is still such a pressing issue today.

The event ended with students debating votes at 16; I was blown away by how passionate students were about this issue, and how engaged they were with the current political situation. It was great to hear their views on a topic that will directly affect them, after all many of the arguments that are used against 16 year olds voting, such as they are not educated enough, were once used against women.

The materials I created for this event have now been put together as a ‘school toolkit’ and been made available by Fawcett national to branches across the country, so similar events can take place around the UK which is very exciting!

This event was a great way to get involved in the local community and to top it off, BBC Spotlight filmed the debate and interviewed me, featuring it on the local news! While the work of Fawcett Devon links to my current historical research, it provides a nice break from my PhD and has allowed me to meet some fab people who are equally as passionate about gender equality. While the centenary day has passed, 2018 still has loads in store to celebrate the suffrage centenary, so why not get involved! For anyone interested in Fawcett Devon, we meet at St Sidwells Community Centre on the second Wednesday of every month, find us on Twitter at @FawcettDevon.