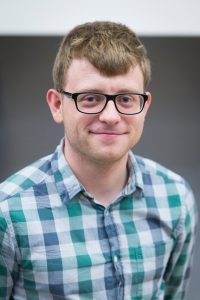 I’m now into the third year of my PhD, and — to be brutally, painfully honest — I’m not as far along in the project as I’d hoped I would be. After a tricky (albeit ultimately successful) upgrade viva, which knocked me back a bit, I’m still, to this day, terrified by the idea that my thesis might not be sufficiently rigorous, or have a sufficient theoretical underpinning, to merit completion, let alone examination.

One response to this problem, of course, is to read about it, and indeed there’s long been something of a cottage industry surrounding ‘how-to-write-a-thesis’ books. These books take several forms, and describe themselves in many ways, with recent examples variously proffering ‘blueprints’ for writing practice, ‘bodies of ideas’ for students and supervisors, and (in one case) claiming to be an out-and-out ‘guide to the secrets’ of the PhD process. The volume that’s been doing the rounds in my brain recently, though, dates from 2014: Eric Hayot’s The Elements of Academic Style: Writing for the Humanities. The name references the famous Elements of Style, a fact that Hayot himself cheekily acknowledges in his introduction. If the classic work is predominantly a style guide, though, it’s Hayot’s comments on writing practice that have rung truest with me as I reflect on what’s really been holding me back over the last twelve months. In his chapter, ‘Eight Strategies for Getting Writing Done’, Hayot offers a very honest observation not on how he writes, but rather on how — or why — he doesn’t write. What gets in the way?

Let’s start with fear. I am terrified — seriously terrified — of academic writing. Nothing that I do confronts me as strongly with a fear of total, consuming incompetence and inadequacy. (Hayot, p. 17)

Dramatic? Predictably. Over-the-top? Possibly. Accurate? Painfully. Hayot absolutely nails the role played by fear in inhibiting academic writing, and on reflection, I’ve come to realise that this is an absolutely accurate description of what goes on in my head. It was a pattern repeated throughout my second year: I’d turn up to work in the morning and, sitting at my desk, feel a rising sense of panic as the minutes ticked by. Week by week, I would see the self-imposed chapter deadline creeping closer, but for some reason, even opening up my writing software felt like the hardest thing to do. Clicking on that little icon at the bottom of the screen would mean that I’d have to look again at what I’d written earlier, and inevitably conclude that it ‘didn’t sound right’ or ‘didn’t make sense’. Never mind that it was an early draft; that it could all be improved later; that beating myself up wouldn’t help a jot. Perusing the padded, pathetic prose that paraded in front of me always seemed to bring back that nagging fear: I’m simply not good enough for this. Worse still, comparing myself with the performative culture of academic Twitter, where everyone seemed to be doing just fine, left me in a double-bind: I felt as though I didn’t know what I was doing, and even if I somehow managed to work it out, I’d never catch up with my friends who were merrily finishing chapters, writing articles, and teaching specialist courses in medieval literature.

I’m ashamed to admit it, but my response to that fear, over my second year, was largely to run away from it. Perhaps unsurprisingly, then, I produced a lot of other ‘stuff’ during my second year, teaching Madame Bovary to first-year undergraduates, talking to a lot of school students about the medieval period, playing in two orchestras, competing with a local brass band, representing the University at chess (badly), designing posters and conference programmes, and gaining a rowing coaching qualification. These are all things I’m glad to have done, but none of them were the reason why I was (somehow) being funded. Instead, these were prime examples of what Hayot calls ‘virtuous procrastination’: the kind of things that keep you incredibly busy during the day and are fulfilling and rewarding, but which, on closer inspection, do nothing whatsoever to pop the rapidly-expanding bubble of ‘thesis panic’ that you feel every time you look at the calendar and realise it’s already March. Hayot astutely identifies teaching, which many PGRs do, as one such example:

Academics who procrastinate have a hard time noticing that they’re doing so, mainly because they have moved beyond the more obvious forms of undergraduate procrastination (going out with friends, playing video games, frequent tanning, etc.) to its advanced and subtler virtuous modes. […] Writing (as opposed to teaching) makes us feel weak and afraid; serves only ourselves; and is not, on a weekly basis, the subject of any institutional demand. (Hayot, p. 27)

In short, I’d been busy but not productive, picking the low-hanging fruit wherever I could and trying desperately to cover up a lack of progress with the gloopy papier-mâché of tempting side-projects. So what changed? Well, I certainly haven’t found the magic cure for writing fear: whenever I start writing, I’ll always be thinking (at least partly) about the many medievalists out there who are obviously much better than me. Nor have I simply absorbed the entire contents of Eric Hayot’s book: like the chocolate cheesecake brownies available in the Queen’s Building café, it’s a thing best enjoyed in small chunks. What I have done, though, is stumbled across something that’s helped me to face the fear, and reduce procrastination into the bargain: Twitter. The same website that can be so soul-crushingly performative also has its lighter side; in my case, it’s been the #remoteretreat hashtag.

The principle behind #remoteretreat is very simple: it’s effectively a distance version of the ‘writing retreats’ that have become increasingly popular in recent years as an antidote to the somewhat-isolating nature of Humanities PhDs. The key principle of a ‘retreat’, or indeed of any shared writing endeavour such as ‘Shut Up and Write’ or Exeter’s own ‘Write Club’, is one of mutual support. You work in ‘blocks’ throughout the day, safe in the knowledge that other PhD students are doing the same, and you come together on Twitter at the end of each session to share (i) your results, and (ii) GIFs of food and tea. The main advantage of #remoteretreat for me has been its consistency: since it’s decentralised, a different person can run each day’s session, and it allows me to work from my (fairly quiet) office while still feeling part of a writing community. On any given day, there’s a good chance that someone, somewhere will be running a session: I just check in, say hi, and — once I’ve started — usually find that producing something, however rough-and-ready it may be, becomes much less scary.

Of course, a ‘solution’ like this isn’t for everyone, and certainly shouldn’t be taken as a silver bullet. Nor am I entirely ‘cured’ of the fear of writing: if you’re reading this a month, or even a week, after it was published, there’s still a good chance that I might right now be curled up in a corner, terrified of opening up Microsoft Word yet again. I certainly do feel better, though, and would recommend having a go at anything that allows you to break out of the bubble of PhD study and channel your desire to work into a productive community. The Doctoral College here in Exeter is running a range of workshops and writing groups throughout November as part of WriteFest!, and I’d heartily encourage you to attend at least a couple.

Oh, and one last thing: I don’t mean to imply by any stretch of the imagination that everything you do as a doctoral student can be classified either as procrastination or as thesis-writing. Other activities are important, and — in all seriousness — play a crucial role in helping you to maintain your focus throughout the PhD process. I may have started writing again, but I’m certainly not going to follow this up by quitting all of my side-projects.

After all, if it were ‘thesis-or-bust’, then writing this blog post would itself be a fine example of virtuous procrastination, and that can’t possibly be right.

Join in the Remote Retreats, running most days of the week, using the hashtag #remoteretreat. You can follow Edward on Twitter (@edwards_mills); thoughts, comments and cute GIFs are all very much appreciated.