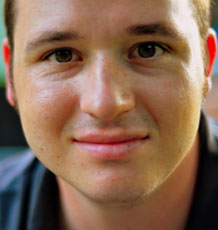 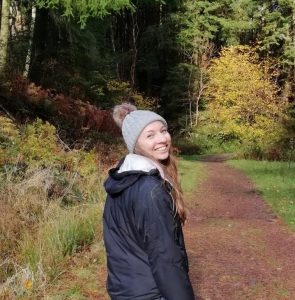 Gemma Delafield is a third year PhD student at the University of Exeter’s Land, Environment, Economics and Policy Institute. Her research focuses on determining where in the UK to locate future energy infrastructure particularly with regards to the impact on the natural environment.

Can I do a PhD and still have a life? This was the question I asked myself three years ago when I was deciding whether to apply for a studentship or not. The very thought of entering back into the all-consuming academic lifestyle that I’d witnessed whilst at university wasn’t very appealing. I did not want to spend the next four years of my life feeling guilty for not having done enough work.

So I made a pact with myself, I would apply for the PhD if I promised to treat it like a job. I would work 37 hours a week, take the annual leave I was entitled to and not work evenings or weekends.

I actively prioritised a work-life balance from day one. For me, this means:

I know the way I work wouldn’t work for everyone. If you work in a lab or have a family it might not be possible to work standard hours or it might be that your brain doesn’t actually start functioning until 4pm. But whatever your working style, find a schedule that works for you and stick to it.

I believe that research culture plays a big part in whether people feel like they can prioritise a work-life balance. Find the strength to say no when people ask you to work extra hours. Look out for your peers, remind them they do not need to feel guilty for prioritising their wellbeing over their work.

Most importantly be kind to yourself. Take breaks, whether that is a walk or a week’s holiday, so you can come back to your research refreshed.

Written By: Gemma Delafield. You can find out more about Gemma and her research by following her on Twitter @G_Delafield 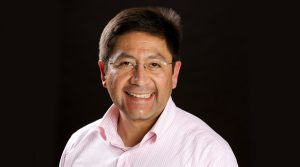 Marco Palomino is currently a Senior Lecturer in ‘Information Systems and Big Data’ at the School of Computing, Electronics and Mathematics at the University of Plymouth.

Before this, Marco was a Research Fellow at the University of Exeter Medical School, based at the European Centre for Environment and Human Health in Truro. His research and teaching focuses on the acquisition and analysis of real-time, web based information and emerging trends, opportunities and constraints that might affect the probability of achieving management goals and objectives. Marco had previously worked at the University of Westminster as a Visiting Lecturer after he gained his PhD in Computer Science from Downing College at the University of Cambridge.

One of Marco’s publications for work conducted whilst he was at the University of Exeter was selected by the publishing house’s editorial team as highly commended. He puts part of his success with publications, public speaking and his career progression down to the training he took place in, whilst at Exeter.

Whilst at Exeter Marco took the opportunity to engage in as much development as time would allow and came to several of the Researcher Development Programme sessions that are tailored towards Early Career Researchers (ECRs).

“The training courses for early career researchers at Exeter are brilliant – entertaining, informative and applicable”

“I found the sessions on giving presentations and visualising data particularly useful. Indeed, one example which has stayed with me to this day, used the London Underground map as a reference point. It was a perfect way to demonstrate how information visualised for a particular audience, should often be adapted to suit the needs of a different group of users, even if the underlying data is the same.”

The training and development sessions at Exeter were also immensely useful when I subsequently went to conferences to give presentations and now for giving and preparing my lectures. Things that I learned from the Researcher Development Programme keep coming back to me on a daily basis and have really enhanced the way that I work. They were also fun to take part in and highly applicable.

Sometimes these are simple things like ensuring that my slides are being understood by the audience by reducing the amount of text, maintaining clarity and simplicity. This is advice has also been of equal use for when I prepare my online teaching materials.

However, some advice I gained has been fundamentally more important to my career, in general. I was always quite nervous speaking at conferences, but the advice I received whilst at Exeter about how to start a presentation, introduce myself and the content of the talk has proved essential. I use this now every day when I start my lectures and it has also aided in my preparation. Moreover, I used the technique for the interview for my current role, so it seems to work well.

My advice to current ECRs at Exeter is to make as much use of the training on offer from the Doctoral College as you possibly can, it really is excellent and can make a difference to your research activities as well as securing future roles. Finally, I am really happy to hear the plans for the future of ECR development at Exeter. The ‘ECR Hub’ and more bespoke training in the form of ‘Researcher-led Initiatives’ sounds like they are excellent additions.

Written By: This blog article has been compiled by Dr Chris Wood, Research Staff Development Manager in the Doctoral College, based on a discussion with Marco Palamino in February 2019.