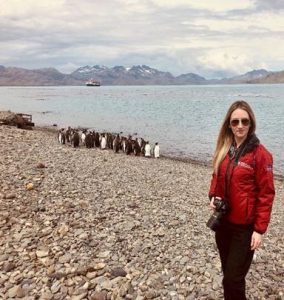 Emily Rowlands is a PhD Researcher at both the University of Exeter and British Antarctic Survey. Her research explores the impact of nanoplastic in the Antarctic marine ecosystem and assesses levels on nanoplastic within the Southern Ocean water column and sea ice. As a first year PhD student within the College of Life and Environmental Sciences, this is Emily’s blog about her first polar research cruise aboard RSS Discovery.

Setting sail from the Falklands, I was slightly apprehensive about the upcoming 40 days at sea on my first research cruise. Amongst the chaos of preparing for leaving port, I paused to reflect on the first Antarctic expeditions aboard the Discovery and the apprehensions of the living conditions and weather were immediately put into perspective… I was as ready as I’d ever be! 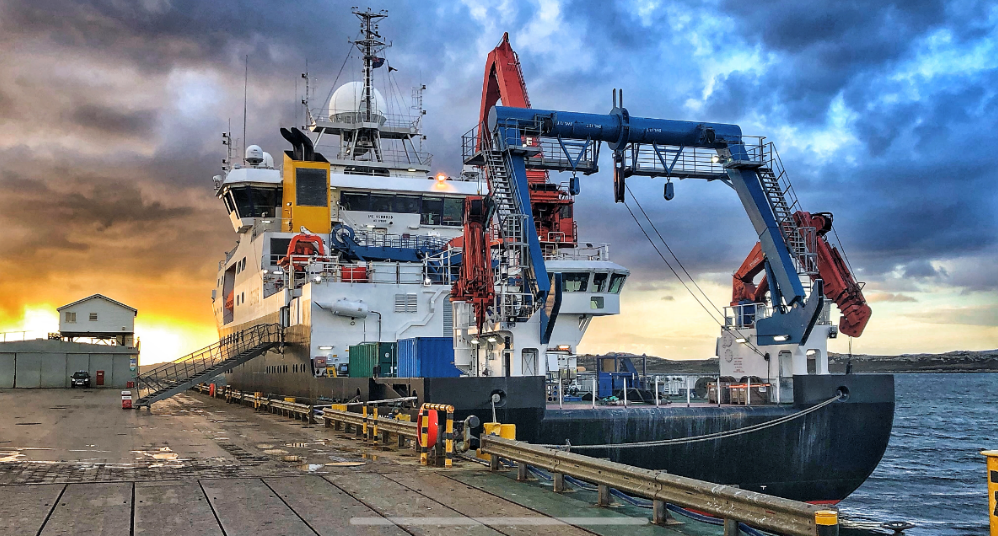 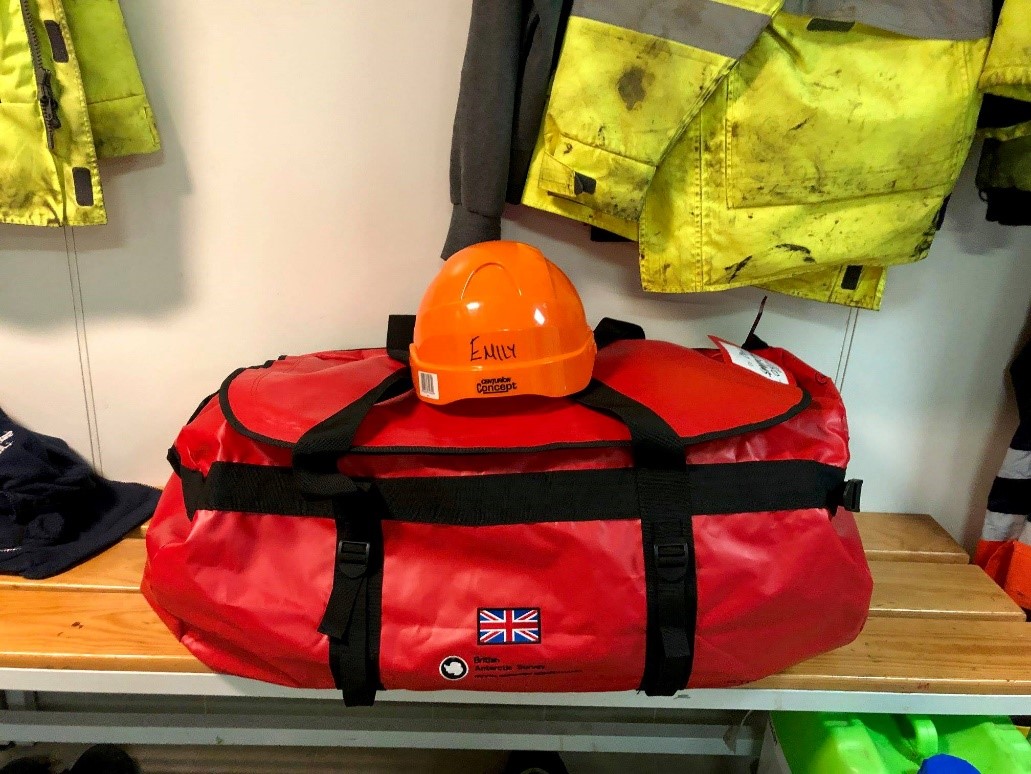 With so many helping hands, the ships labs were transformed from blank canvases to fully functioning faster than I had anticipated. Ready to go, I could focus on my purpose for being on board.

So what is ‘nanoplastic’? Its plastic particles less than 0.001mm, that’s at least 2000 times smaller than a grain of sand! Because of their size, nanoplastics interact differently with the particles in the sea and within the bodies of animals that eat them, compared to larger plastics.  We don’t yet know how much nanoplastic is in Antarctic waters and we know little of how they impact zooplankton. This is what I hoped to address with my research on board.

The first hurdle was catching pregnant female krill, to look at how nanoplastics impact the eggs their eggs. Each day, nets were deployed, hurled back on-board and the contents emptied into buckets. The scientists then searched for their focus species whilst trying not to block the little light we had, since fishing often took place throughout the night. 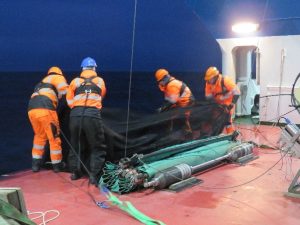 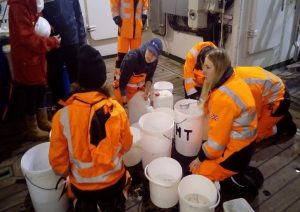 When the day came in which pregnant females were found, the waiting game began for the females to spawn. There was plenty to keep me busy however, and I spent much of my time helping with other sampling efforts and catch sorting. Being in the Southern Ocean, there were of course some amazing sights to see too. We were lucky enough to see Humpback whales, a Blue whale and plenty of penguins when we reached South Georgia! The sight of icebergs never got old, and one evening we had stunning views of lenticular clouds from the ship too. 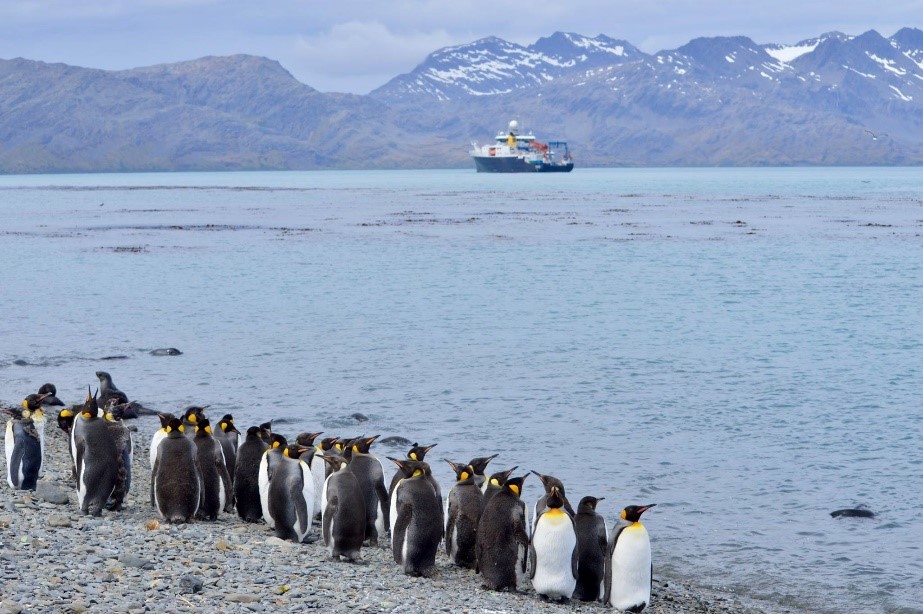 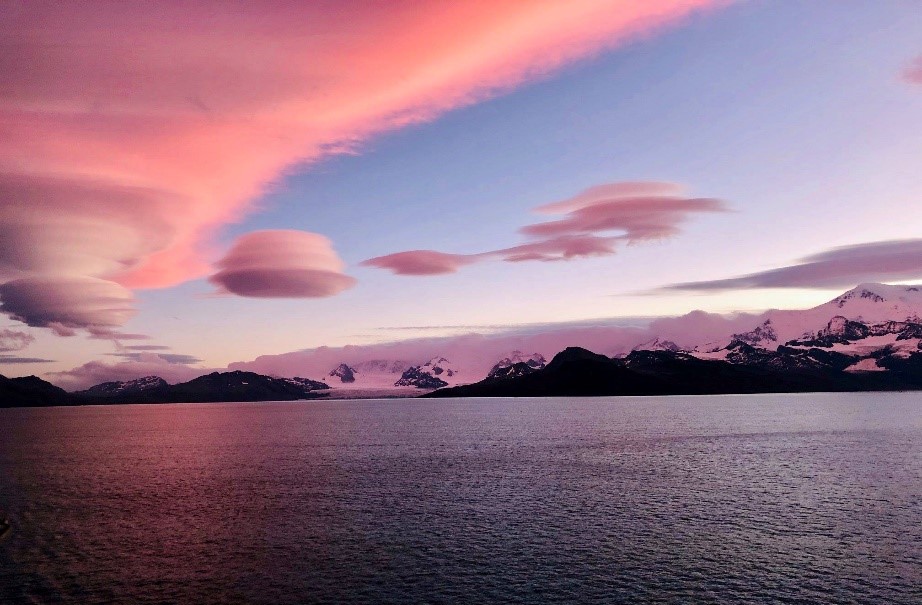 When the eggs finally hatched, I quickly set-up my experiment my next job was to document how the eggs developed every 12 hours. In the early stages krill eggs develop very quickly however soon the development slows and my observations at 2am, in a 2◦C lab became more tedious. 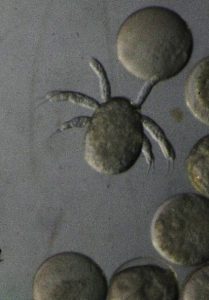 On night four of my experiment, at 2am, I put on my salopettes and headed to the lab. After a particularly tiring day, and contending with the movement of the ship, it took me a minute or two to bring the microscope into focus. When I did, I discovered that some of the krill eggs had hatched. After documenting the development, I headed out of the cold into main lab to send emails back home. With everybody else in bed, it was eerily quiet. I shared the news of the krill hatching, amused by the fact that family and friends back home may not find it quite as exciting as I had.

The next morning, I showed the baby krill to the other scientists on-board and we celebrated the hatching of the krill. That’s when I realised that one of the greatest things about being on a biology research cruise in the Southern Ocean is being with others just as passionate about the Antarctic marine ecosystem as I am.

Written By: Emily Rowlands. You can find out more about Emily and her research by following her on Twitter @EmilyRowlands89