Ellen Grace Lesser is a PGR in the Department of Theology and Religion. Her current research concerns the relationship between nonhuman animals and the Christian God. Her research interests include: theology of nonhuman animals, philosophical theology, and theology and popular culture. In her spare time she writes poetry and fiction.

When I first booked on to Debbie Kinsey’s Lego® Serious Play® session, I wasn’t quite sure what to expect. I had been to one of Debbie’s Write Clubs where we used Lego® Serious Play® in our starting activity, but that was only ten minutes or so – this workshop was four hours.

I walked into the room and was surprised despite myself: several tables had been set up end-to-end across the middle of the room and were covered with Lego®, a haphazard heap of bricks of all shapes and sizes and colours. I had played with Lego® when I was a kid, but in the intervening fifteen years it seems it has changed quite a bit – as some of us reminisced about our childhood exploits, we wondered when they had introduced pink and purple bricks to the canon. 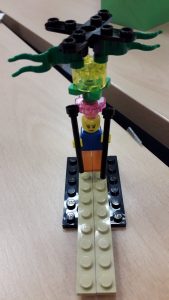 I was told to sit down anywhere there was a party bag. I chose a pink bag. Inside was more Lego®, a gift to each of the participants. Once given the permission to begin playing with it in the time before the session proper started, I got to work making a skier with a ridiculous hat. All the while I wondered how this was going to help me and my fellow PGRs with our writing and, more specifically, overcoming stuckness.

By the time I left a few hours later, I was wondering no longer. Having made seven Lego® models as part of the session (and two models outside of the scheduled itinerary), I had an action plan as to how to move forward with my writing.

Debbie took us through a journey using our models to guide us. We began with three small tasks which got us used to making models, figuring out how different bricks fitted together, and how to use the bricks as metaphors rather than studiously making models that looked exactly like what they were supposed to represent. Then, we turned to our writing.

First, we made models of our writing priorities. Then, we made models of how we felt about our current writing situations. Our third model was of what was stopping us from getting from where we currently were to where we wanted to be. Finally, we made a model representing how we planned to get from model 2 to model 1, overcoming model 3. 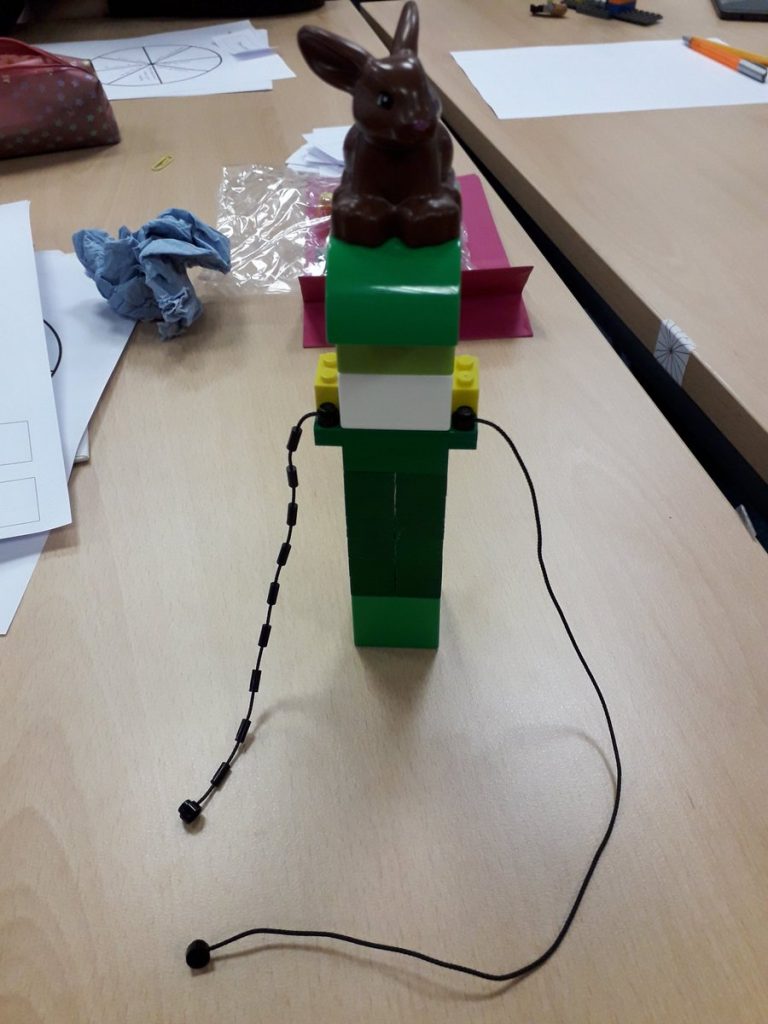 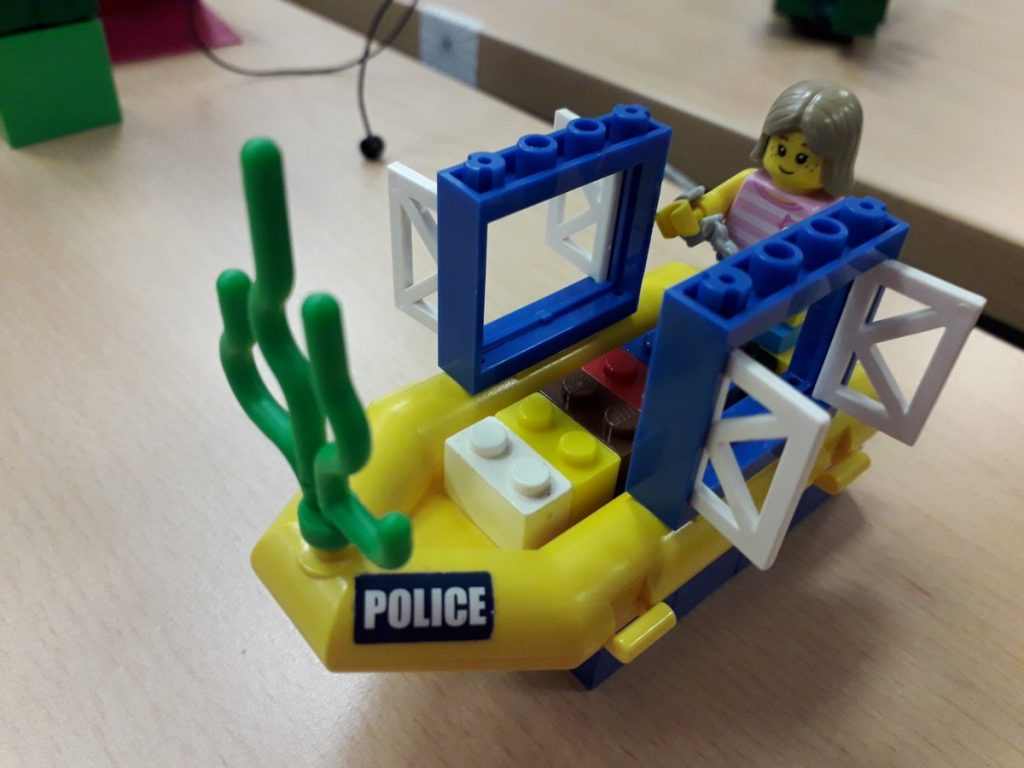 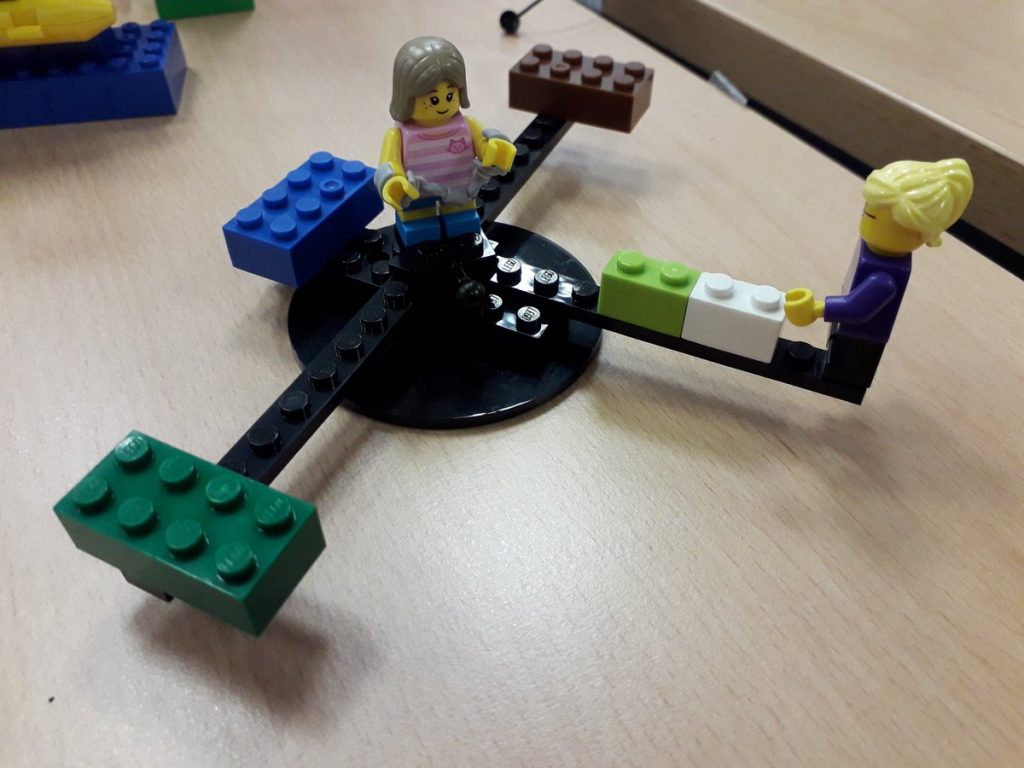 What gets in the way 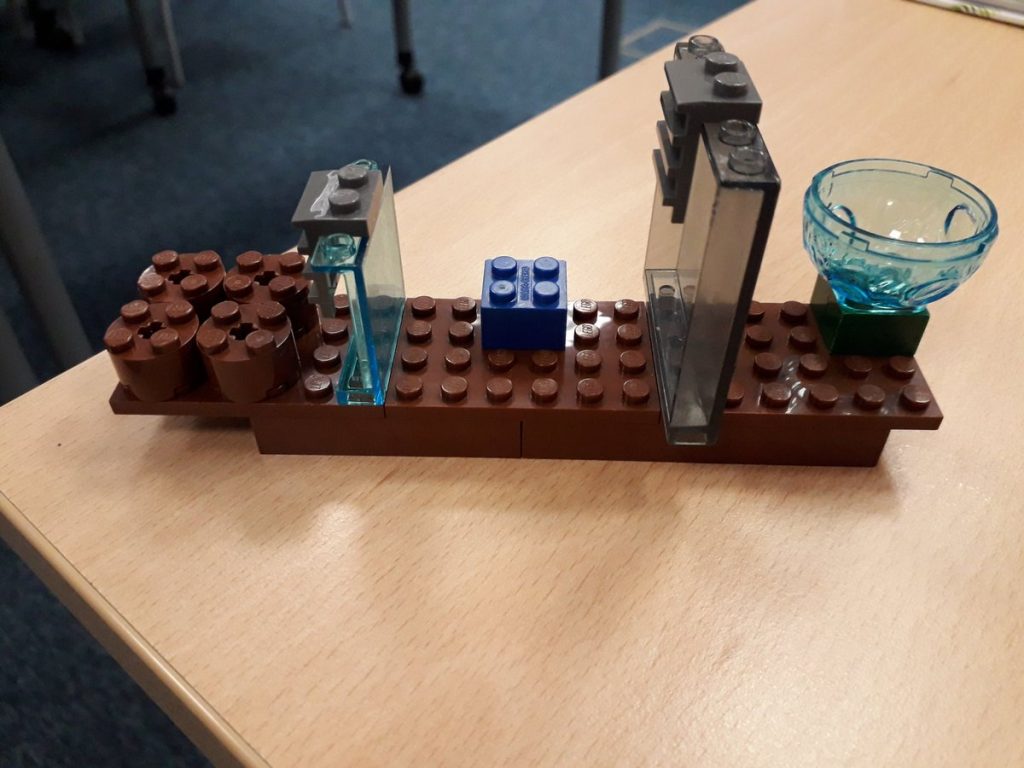 A plan to overcome stuckness

Talking to others about the models they had made and making our own models was a great way to externalise our writing anxieties. Thoughts and feelings that I hadn’t acknowledged found their way out of my head and into the bricks.

By the end of the session, I had a clear idea of what was getting in the way of my writing and a good idea of how to overcome it. It was a really useful session and I would recommend it to any PGRs, no matter what stage of research you’re at.

And when I went home that evening, I made two more models with my free Lego®.

Written by: Ellen Grace Lesser. You can find out more about Ellen’s research on ORCID and read her poetry and fiction writing on her blog.