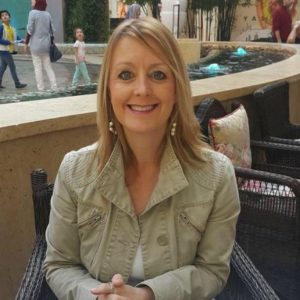 Bio: Tracey Warren is currently a postdoctoral research associate on an ESRC funded project within the Developmental Intergroup Processes (DIP) Lab (CLES) until the end of June 2022. Tracey is interested in research focusing on inclusion, diversity and equity in education and enjoys her time researching in schools, talking with parents and other stakeholders about their experiences within the education sector.

Having graduated with an EdD in December 2021 I was considering my future employment options as prior to writing up the thesis I had worked in pretty intensive education leadership positions, both internationally and within the UK.  After nearly five years of studying I really wasn’t sure what to do next: a postdoc or return to leadership posts within the primary or special education sector.  The post was advertised over the winter break and certainly hit all my interest requirements so I submitted an application.

The postdoc with the ESRC funded project ‘Bystander reactions to the intergroup exclusion of immigrants among British children and adolescents,’ under the guidance of principal investigator, Professor Adam Rutland, has certainly provided me with plenty of challenges, stretching my organisational skills, drawing on my knowledge within education and schools, as well as developing me as a researcher.  The Bystander project set out to inform educational policy and practice within schools which would encourage students to challenge discrimination, through social exclusion, and promote positive peer relationships. The project has drawn from the Social Reasoning Developmental (SRD) approach to social exclusion.

Since I took up post at the beginning of February 2022 a large part of my role has been liaising with schools, NGOs, practitioners (such as educational psychologists) and academics to set up seminars and workshops to disseminate the findings of this four-year project.  Along with these events there has been the opportunity to work within a project team to review the research findings, coding survey responses, discuss publications and further research study designs related to the initial project findings.

The role has also allowed me the opportunity to develop my own research ideas which have taken me into primary and secondary schools in and around Exeter to interview children and young people about their ideas on bystander responses. The focus groups and interviews are currently being transcribed and will inform a further study by another member of the project team, Ayse Sule Yuksel, that will take place during the second half of the summer term 2022.

Although the Bystander project is coming to the end of ESRC funding, the work continues as the team attend conferences to disseminate the work and articles are drafted, submitted and reviewed for academic publication.  If you are interested in the Bystander project findings you can find out more from the seminar and workshop at the Institute of Education on Friday 17th June, 2022  https://www.eventbrite.co.uk/e/creating-inclusive-schools-research-and-practice-tickets-324353087817, through the DIP Lab website  https://blogs.exeter.ac.uk/diplab/projects/bystander-project/ and publication of the first article “Perceived Similarity and Bystander Self-Efficacy Increase the Likelihood of Youth Challenging the Exclusion of an Immigrant Peer” (in press) in https://issbd.org/ 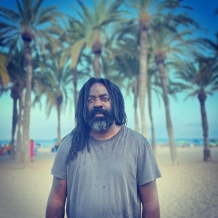 Malcolm Richards is an independent doctoral research with the Graduate School of Education at the University of Exeter: https://eprofile.exeter.ac.uk/malcolmrichards/ 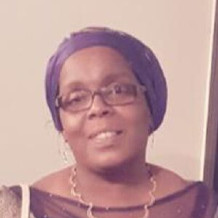 In the period following the murder of George Floyd (r.i.p) and the subsequent Movement for Black Lines protests across the United Kingdom between March and June 2020 (fire bun Colston), there has been renewed interest in the educational experiences of Black students, families, and educators. Here, Black (with ‘B’ capitalized) denotes peoples, cultures, knowledge, and communities of the African and African-Caribbean diaspora. Within this recent interest convergences, a variety of education institutions have sought to highlight their commitment to equality, diversity, inclusion, and anti-racist practices. Others have sought to ‘double down’ on their belief that institutional racism does not exist – or they can find no evidence to prove it. These are inevitably preoccupied with (small-c) conservative themes of migration, integration, and assimilation – though arguably grounded in (big-C) colonial and colonizing principles.

We maintain that the living experiences of Black educators have always offered a unique and central perspective in “exposing the tacit nature of racism and marginalisation in education” (Tembo, 2021).  Decades before ‘Small Axe’ (McQueen, 2020) and ‘Uprising (McQueen, 2021), Black and anti-racist educators have drawn upon the legacy work of social movements which were instrumental to the educational advances made across our educational community. A long and extensive history of educational discourse across Black communities has directly informed these movements, which has centring perspectives and lived experience providing valuable insights about the roles of equity and race in education (Andrews and Palmer, 2016). Some seminal works, such as “How the West Indian Child is made Educationally Subnormal by the British Education System” (Coard, 1971/2021) are becoming important reference points for new generations of educators and referenced widely within the teaching education and development profession. Other books have had recent reissues, such as Beryl Gilroy’s “Black Teacher” (1976/2021) or Heart of the Race (Bryan et.al., 1985/ 2018), and place the importance of the vital contribution’s Black women centrally. There are so many other examples. We suggest that Black educators have long always formed part of a critical pedagogy, which is rooted in love, care and understanding for all. Yet within our respective universities, as we sought reading lists, academic events, and expertise to help us on our emerging academic endeavours, we found an absence of course content related to the experiences of Black educators. Instead, we were subjected to academic experiences which appeared, despite the best intentions of colleagues, rooted in deficit theorizing, or reduced into institutional pedagogical responses characterised as “the three S’s: saris, samosas, and steel bands” (Troyna, 1987). We had so many questions: how can emerging academics place centrally the counter-stories of Black educators who have directly influenced our academic works? Where can academics and educators engage with the significant research, teaching, resources, activism, community education and transformative practices which has emerged from Black educators and Black education spaces? What is this black in Black education, and who is this black in Black Educators?

Our response was small, but important. We created the Black Educators Book Club to encourage a intercultural, interdisciplinary space where colleagues can critically engage with such enquiries, while also centring, honouring, celebrating, and valuing some of the collective community praxis which we believe has emerged from it. The Black Educators Book Club is a virtual monthly lunchtime book club is open to staff, students, and professional service members at University of Exeter and De Montfort University, members, and affiliates of the Stephen Lawrence Research Centre (SLRC) and Race, Ethnicity and Education Network (REEN), as well as education staff in schools, colleges, academies, and other educational organisations.  In the words of our friend, colleague and first BEBEC guest, Zahra Bei (2021), our hope is to honour the “legacy works” of knowledge production, praxis and peoples which recognise that Black educators have little alternative but to be transformative (Osler,1997) in their practices.

Coard, B. (1971). How the West Indian child is made educationally subnormal in the British school system: the scandal of the black child in schools in Britain. London, New Beacon for the Caribbean Education and Community Workers’ Association.

Troyna, B. (1987) Beyond Multiculturalism: towards the enactment of anti‐racist education in policy, provision and pedagogy, Oxford Review of Education,13:3, 307-320. 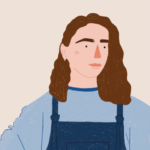 Bio: Chloe Asker (she/they) is a PhD candidate in the Department of Geography at the University of Exeter, UK, funded by the South West Doctoral Training Partnership, ESRC. Their research interests centre around mindfulness, (self & community) care, therapeutic geographies, vulnerability, atmospheres and the breath.

Storytelling is ‘a way of redrawing maps and finding new destinations’ (Frank, 1995, p. 53), in that stories offer a way to reflect and come to terms with new ways of seeing ourselves and our lives (Salter and Newkirk, 2019). My doctoral research was based on lived experiences of, or journeys with, mindfulness. As part of the research I worked with a group of participants, tracing their experiences of mindfulness as both a meditation practice but also as a way of living. Over the course of two mindfulness courses and follow up interviews I witnessed the transformative effect that mindfulness had on their lives. Giving my participants a space in which to recount their relationship with the practice offered an opportunity to reflect on their journey, which in turn prompted them to realise the deep effects mindfulness had on their life. One participant was nervous to meet with me, she thought she had nothing to say about her relationship with mindfulness: 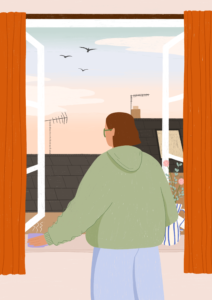 “I said to [my partner] “oh Chloe’s coming to see me, but I don’t think I’m going to be much of a project, to write about! I’m not that interesting, because I haven’t done anything else, any of the things!” But actually it’s been a revelation for me to talk to you cos I [laughs}….”

“Yeah, so it’s another blessing really that you’ve come, and I’ve been able to find inside me the things that mindfulness has done for me that I didn’t know.”

[Transcript from interview with a participant 5/6/2019]

As she spoke it became clear that her journey, although at times challenging, had certainly been transformative.

Frustrated with the unreadability of a 100,000 word PhD thesis, I wanted to create an output from the research that would be short, enjoyable to read, interactive and easy to share. I was keen to create something accessible that could communicate the transformative experiences that my participants had shared with me. I also wanted to gently push back against the overwhelming and overarching critiques of mindfulness as ‘McMindfulness’ (Purser, 2019), to show that the practice could be life changing for those

involved. I decided to write a zine based on a chapter of my thesis that explores their journeys. I have experimented with the zine format throughout my doctoral research – finding the open format and structure useful to creative and participatory research. I was also inspired by Sarah Marie Hall’s (2017) zine ‘Everyday Austerity’. However, lacking in artist competency myself, I worked with an illustrator, Isabel Mae Abrams, to design the zine together. To fund the project I used a top-up to my Research and Training Grant (SWDTP, ESRC) to fund the illustration and publication of the zine.

The zine stories several journeys with mindfulness based on the participants’ stories (including my own). To make the booklet interactive and mindful in its format, we worked on a colouring page in the centre fold, along with pauses and a body scan meditation at the end. The zine also comes with three illustrated postcards – you can use these however you’d like. But one option is to write your experiences with mindfulness/meditation and send them back to us in order to continue the conversation on the benefits (or frustrations with) the practice (if you’d like to do this use our contact page to request more information).

Journeys with mindfulness is free to download here as a pdf, or you can read it on issu here. You can also request a printed copy of the zine and postcards here (these are free!)

We would love to know what you think of the zine! Get in contact with us here.