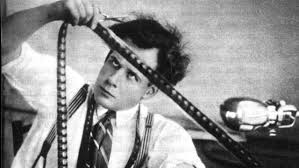 What new threads or ideas would you bring to your response now? (Franchesca)
If we were to respond to this question now, we may consider the plurality of film history. There is no one singular film history. On the contrary, there are many film ‘histories’ and some of these areas have not been explored in so much depth as others. Many of these ‘histories’ cross over and conflict. We may consider the role of ideology and power dynamics in relation to who decides what film history is. Why are some films considered ‘classics’ and who gets to decide this? We did explore the context of gender in a later blog post, with reference to Lois Weber and Alice Guy-Blanché. However, this context would have been particularly interesting and relevant to consider in relation to ‘film history’ as something which has largely been constructed by white men.
How have your blog posts improved over the course of the semester? (Megan)
Over the semester our blog posts have improved in a sense that as we got further into the module, our understanding of what comprises film history has become more apparent. This, in turn, has helped our posts to become more concise and coherent throughout the weeks whilst writing with clarity. The blog post also encouraged us to work as a team meaning we were able to work efficiently and effectively as a group, which I believe is shown as the weeks commenced and our blog posts progressed.

What is film history after all the lessons we have been through? (Woody)

Film history is certainly a deep subject to study. When we are having different topics every week, all the readings and screenings reveal the face under the mask.  The first impression of film history to me is a story about ‘cinema’, however, after a few weeks of lessons, I understood the truth. With the help of blog posting, giving me a chance to share my opinion with my groupmates , get real deep in each topic. To make it short, film history is anything related to cinema.

How do you feel about film history? (Dan)

Studying Film History for a semester has certainly changed some of my preconceptions about Film History. For example, I didn’t consider precursors to traditional filmmaking (i.e. before the camera) as part of film history, but now see those forerunners as an essential element to the development of film and filmmaking. In addition to this, I previously only ever thought of the lack of audio in silent film as a limitation, but now understand that there was some debate about the value of film deteriorating after the introduction of sound in film.