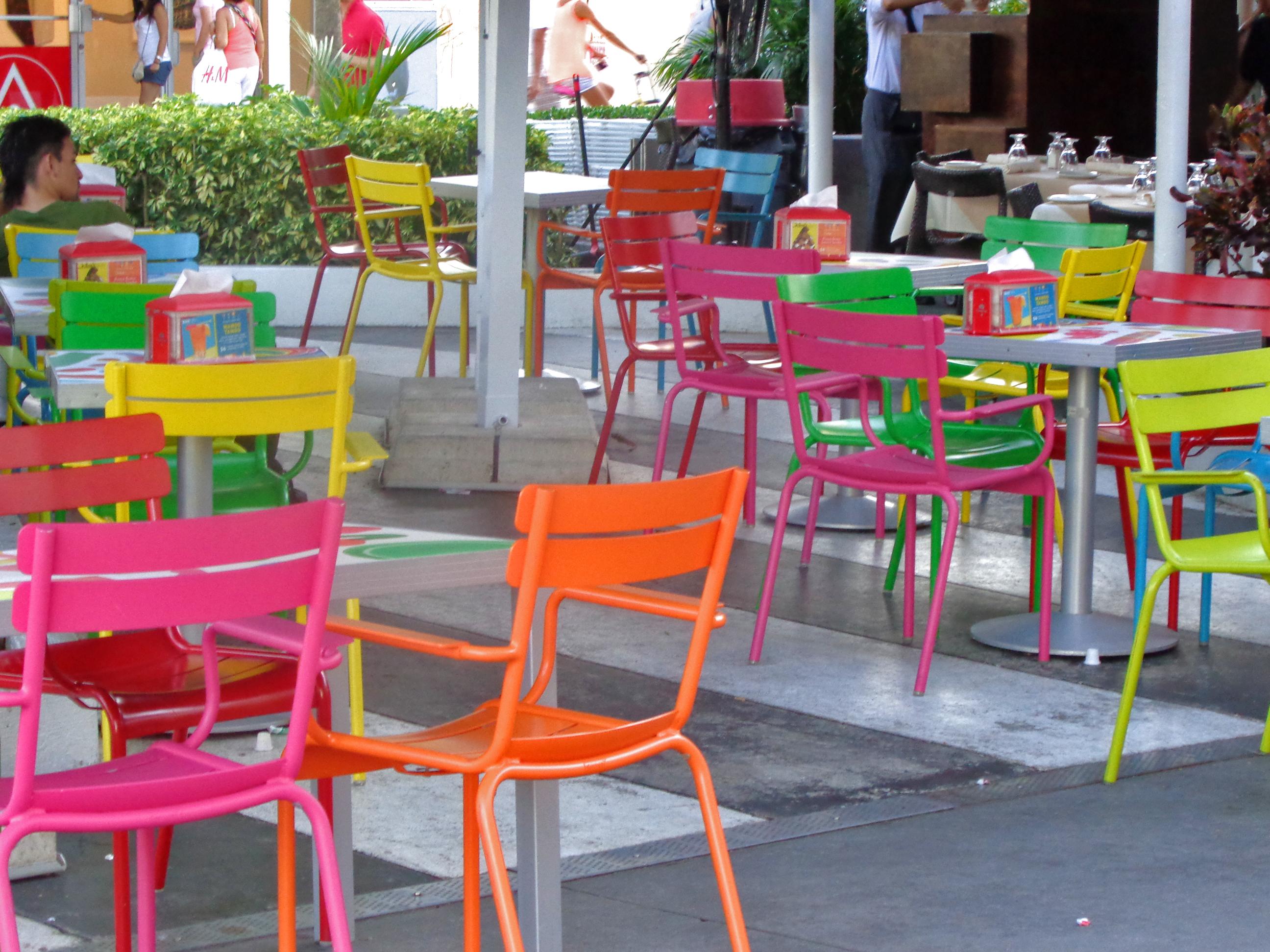 In the month since the Tories won the right to form a majority government, there is still speculation around what the impact to energy policy will be. Taking the helm at DECC amid a rapidly changing energy system, Amber Rudd’s to-do list is both broad and long. Aside from steering the UK through December’s Paris climate negotiations, there are a myriad decisions to be made regarding the continuation, amendment or scrapping of policies, including support for renewables, the Green Deal, support for fracking, and of course, what to do about Hinkley C (apart from making sure it is “beautiful”, that is).

These decisions, however, will necessarily be shaped by the widespread and fundamental changes we are seeing in the energy system, as we know it, with two principal drivers. Firstly, rapid technological innovation is driving deepening penetration and integration of renewables. Secondly, social innovations are providing ways for individuals, communities and businesses to engage with the energy system, greatly increasing the number of stakeholders as well as shareholders with interests in the system’s future. That combinations of these same drivers are behind fundamental changes occurring elsewhere (such as in Germany where power utilities are facing existential crises and crumbling business models) should clearly be of concern to UK incumbents, utilities and policymakers alike.

How then have these changes come about? How might they play out? Examining the role of the state in governing innovation may offer some answers.

In terms of technologies, the government might argue that renewable support mechanisms have driven innovation in the UK, particularly within smaller-scale technologies. However, the nature of the UK electricity market, of institutions and of the dominant political paradigm acts as overall constraints on innovation. Thus, increasing decentralisation is placing the traditional business models of incumbents at risk. Creative destruction is after all the essential fact of capitalism.

Additionally, while technological innovation is of course central to sociotechnical transitions, it is the concurrent social innovations that make such societal changes transformative. The distinction between societal transition and transformation is subtle, but important. While ‘transitions’ often refer to technology-driven processes, which are open to manipulation by incumbents, ‘transformation’ implies more radically progressive changes to technological and societal systems in ways that are both less predictable and less manageable, due to the often grassroots nature of societal change. Given the increasing role of individuals and communities in the energy system, many would contend that transformation, rather than transition, characterises ongoing changes in the UK energy system.

The concept of social capital is not new (see early work by Bourdieu, Coleman and Putnam), nor is our understanding of its importance in public policy. Broadly speaking, it describes the “features of social organisation, such as trust, norms and networks that can improve the efficiency of society by facilitating coordinated actions” (Putnam, 2000). Social capital thus describes the resources available or deployed that bring individuals together and facilitate social innovation.

Firstly, community energy groups do not form spontaneously: the overwhelming majority are either set up by individuals or formed out of other community groups (e.g. Transition Town). They are thus dependent on the capacity of individuals to have formed alliances and networks with others in their (usually local) community. For the growing number of groups that are formed with top-down support (typically from local authorities), the value of tapping into latent social capital in communities and community groups is evident.

Once social networks coalesce however, commonality and norms around interests and values were found to be central in bonding group members and progressing towards project readiness. Failure to establish these norms meant that some groups were mired in debates around fundamental values, meaning the social capital formed in a group’s early stages was fundamental to moving forward.

Those groups who are initially able to work together effectively often grow stronger as shared norms develop, common goals are established, and resources are shared, all contributing to development of trust and strengthening of group ties through reciprocal exchanges. The sustained contact often experienced in local groups further ensures individuals experience first hand the benefits of social capital. The voluntary nature of community energy makes these benefits especially valuable to members, and indeed in part explains the appeal of participating in the first place.

Getting projects off the ground often further requires social capital by way of engaging the wider community within which embedded groups operate. Whether the goal is information dissemination or persuasion (to invest in a renewable scheme, for example), a key role of community groups can be to provide trusted local networks, for example providing impartial advice around renewable technologies or policy eligibility. In a broader sense, the ability of community energy practitioners to communicate expectations, build external networks and learn from each other relies on the fostering of trust and shared visions, build legitimacy, and form mutually supportive social networks, all of which is shaped by social capital.

Lastly, while the ‘community’ part of community energy is important, the role of leadership in driving groups, and the movement more widely cannot be understated. While the importance of the retired engineer factor (the availability of time, technical nous, and a problem-solving nature) holds to a degree, the strength of the CE sector can be attributed to more than technical acumen. The most successful groups demonstrate a rare form of leadership in forming and communicating a vision, engaging (and winning the trust of) stakeholders, raising finance and managing projects, and raising issues up local and national agendas, all of which additionally requires a potent blend of charisma, determination and belief evocative of Hughes’ system builders.

Although this suggests that latent social (and human) capital have been vital in the development of community energy, the availability of affordable technologies (largely enabled by top-down RE support) has proved instrumental in providing a focus around which groups can coalesce. Community energy has thus been dependent on the coevolution of social and technological innovation, with both bottom-up and top-down drivers. This all raises questions around both the ability and desirability of top down attempts to control and scale up grassroots innovations, including community energy, not least because doing so carries several risks.

Firstly, framing community energy as something to be manipulated closes down the movement into a standardised set of knowledges, values and activities towards agreed ends. This harnessing of the revolution both locks out the very political, innovative, pluralistic, bottom-up, emergences that have pioneered the movement in the first place, and perpetuates fallacies of control of the state over societal transformations. DECC’s efforts to define (and then support) something as amorphous as community energy will necessarily side-line valuable sociotechnical innovations that fall outside of that definition. That said, Ofgem’s tentative probing of what constitutes ‘Non-Traditional Business Models’ (NTBMs) is altogether more sensitive, inclusive and thus responsive to the dynamism of innovation.

Related to this is the assumption of the willingness of groups to professionalise to fit into a mould of market-ready commercial innovation through the professionalization of activities and business models. CE groups occupy the full social-enterprise spectrum, and while some undoubtedly pursue commercial viability and inward investment, others may consider it a Faustian pact to betray the cooperative, radical values that brought them together. Furthermore, many groups emphasise the importance of process-based (justice, equity etc) rather than aim-based (e.g. with a renewables penetration target) change, thwarting conventional values and approaches of measuring ‘success’. Policy must therefore be mindful of the plurality of values, drivers and objectives and provide an enabling environment for all.

Even if it were desirable however, the mixture of autonomy and social collectivity characteristic of societal transformations suggests that they are less prone to control than purely technological transitions. As Andy Stirling writes, radical transformations by their nature are prone to radical and rapid realignment through “emergent latent coordination between autonomous subjects”, meaning they are as uncontainable as the flocking behaviours of other social animals. This does not mean that societal transformations such as that manifested in the community energy movement are impervious to outside effects, such as policy disruption: only that they are resilient in ways that managed technological transitions cannot be.