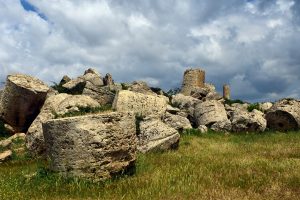 This second in the “Air Traffic Controls” blog series continues from the first, using policy analysis examine the contradiction between climate policy and the UK’s expanding airports. Having described the relevant policy from the international level down to the local, I identify the key shortcomings of regarding Government targets and the unclear assignment of responsibility for achieving such targets.

The UK’s Aviation Policy Framework (2013) states that “we require a globally agreed solution” (p41), explicitly deferring responsibility for reducing the climate impact of air traffic to the International Civil Aviation Organisation (ICAO), the UN agency for aviation. Whilst this secretive, industry-controlled, international organisation has in recent years developed a partially voluntary scheme for carbon mitigation, this is considered to be ineffective and has received criticism from academics (Lyle, 2019; Larsson et al., 2019), the CCC (2020), and environmental groups (e.g. Biofuelwatch) as its primary aim is to facilitate  growth in air traffic, albeit ‘carbon neutrally’, not to reduce tailpipe emissions and it fails to account fully for the impacts of air traffic emissions (most of which result from ‘non-CO2’ effects).

Whilst the UK air traffic industry have pledged to be net zero by 2050, this is not yet a policy goal for the UK Government, though consultation on such a target is now expected. The CCC have advised the Government to include international aviation within its sixth carbon budget, for emissions from 2033-2037, and to set a trajectory for decarbonisation – legislation incorporating this into the sixth carbon budget has been introduced in Parliament and is expected to be formally adopted this summer. Emissions from domestic flights are already included. The CCC recommend “no net expansion of UK airport capacity”, however, since 2018 “making best use of existing runways” (MBU) has been, and remains, the prevailing Government policy for regional airport development which recommends that airports make more intensive use of existing infrastructure. This document outlines the power of local planning authorities to approve most airport expansion applications; it emphasises the role of local planning processes in mitigating ‘local environmental issues’, whilst suggesting that carbon impacts would be largely addressed by policy at the national level (which is, after all, where legal responsibility for achieving carbon budgets still lies). This policy is often interpreted, including planning inspectors (e.g. Stansted), as giving the green light to local airport expansion along with a licence to almost disregard carbon emissions at a local level. As a result it is perhaps this policy more than any other which has contributed to the climate-aviation policy mismatch and the race to expand airports.

The UK Emissions Trading Scheme (ETS) is a market-based approach based on the EU ETS aiming to reduce use of fossil kerosene in aviation (and fossil fuels in other sectors). In theory the need to buy emissions certificates stimulates decarbonisation. In practice, this only applies to domestic and intra-EU air traffic and airlines will receive an annually declining quota of free allocations to pollute – with the rate of reduction of 2.2% per year, the implication is that some pollution will be free until 2065 (15 years after the net zero deadline). The free allocations were initially conceived in the EU ETS to prevent leakage from airlines simply refuelling elsewhere, of which there is now “zero practical opportunity” according to experts such as Bill Hemmings (personal communication), given that the scheme only includes flights within the UK or to EU/EEA airports – Bill describes the likelihood of flights from the UK to Lisbon or Vienna diverting via airports in, say, Morocco or Turkey as “infinitely small”. These free pollution allocations, the low cost of other allocations, as well as the extreme difficulty associated with decarbonising air traffic mean that it is unclear if or when the ETS will drive emissions reduction. The Government indicated in July 2021 that modifications to this may be developed, but at present it is a feeble incentive with partial coverage; it is not clear that it will reduce emissions from air traffic.

The Town and Country Planning Act 1990 and the National Planning Policy Framework (NPPF) form the basis for determining airport expansion (and other development) decisions by local planning authorities and, in short, it sets out economic, landscape and climate considerations as important determinants. With regard to airport development the NPPF emphasises that plans should account for the economic value conferred by traffic growth and the role of the airport in serving business, leisure and emergency service demands. The NPPF is clear that planning decisions should support greenhouse gas emissions reduction. However, policy remains open to a narrow interpretation as demanding the minimisation of emissions from surface travel to the airport and its ground operations, ignoring the substantially greater emissions resulting from the air traffic itself (e.g. Norwich City Local Plan). In addition, in my research into climate emergency declarations I identified at least 36 declarations which explicitly pledged to align planning policy and decisions with climate ambitions.

The UK government has not specified carbon targets for aviation, though ‘headroom’ has been kept within carbon budgets. In doing so, aviation (with shipping) has become an exceptional sector permitted to continue emitting carbon when others will have decarbonised. The ambiguity remaining about the precise objectives has allowed airports to still make plans to expand with the industry projecting 70% growth in passenger numbers by 2050.

Governmental targets which do exist remain underspecified and limited. First, targets aim for ‘net’ change, maintaining an ambiguity between direct emissions reductions and carbon removal. This has enabled hard-to-decarbonise industries, such as air traffic, to claim simultaneously that they can cut ‘net’ emissions to zero and achieve astronomical traffic growth – not by reducing the exhaust emissions from jets but by paying other people to reduce their emissions or remove carbon from the atmosphere. Establishing separate targets for reduction of emissions (i.e. burning less fossil fuel) and removing atmospheric carbon (‘negative emissions’) is important to ensure emissions reduction is not hampered by promises of negative emissions.

Second, the carbon budget framework is limited to carbon emissions, and does not account for non-CO2 heating effects – this is important for air traffic where these effects represent the majority of the climate impact. Whilst uncertainty remains about the precise power of these effects, the scientific consensus has changed little over two decades: recent science suggests that on average the heating effect of air traffic emissions is three times the CO2. A target for air traffic which disregards around two thirds of the climate impact is inadequate – these effects should be accounted for and actively mitigated.

Nationally, it is not clear in policy who is responsible for reducing greenhouse gas emissions from existing airports or limiting their increase as a result of airport expansion, and therefore every level has passed the buck upwards leaving a responsibility vacuum. A vacuum which the air traffic industry has attempted to fill using ‘carbon neutral’ targets to present itself as ‘green’ and responsible, despite its disproportionately high climate impact (e.g. Qatar Airways, Heathrow). The UK government continues to defer responsibility to an international ‘solution’ via the ICAO, whilst simultaneously having an expansionist policy agenda at Heathrow and other airports. It remains unclear what role the UK ETS is intended to play in delivering objectives and at present it excludes long-distance aviation and is misaligned with 2050.

It remains unclear what role or responsibility local government has in delivering the UK’s carbon budgets and climate targets. National planning policy establishes a degree of responsibility for local government to address climate concerns, but aviation policy (such as MBU and the new aviation strategy) suggests that (inter)national policy measures should deliver sufficient carbon reductions. These mixed signals result in a similar tendency among local planning authorities to defer the climate responsibility upwards to national policy, approving expansion and increased emissions on the basis of their (disputed) local economic value (e.g. Leeds Bradford, Southampton) – NB there is a conspicuous dissonance in that economic benefits are assumed to accrue locally, whilst the carbon emissions disbenefits tend to do so nationally[1]. This deference also sidesteps the institutional cognitive dissonance between local governments’ climate commitments (such as climate emergency declarations aiming for zero carbon by 2030) and approving new carbon-intensive infrastructure. Finally, the process of deciding on each expansion project in isolation when the total potential emissions would blow the common, limited carbon budget is engineering a tragedy of the commons – decision-making must be coordinated.

Finally, the CCC and independent analysts such as the IEA and the UK FIRES project have suggested that efficiency improvements and alternative fuels will not by themselves cut emissions sufficiently and that demand management is likely to be needed to curb emissions. Recognition of this, how this might be organised, and where responsibility would lie are also absent from the current policy framework.

Recent Decisions Suggest Recognition of a Problem, But No Solution

Amid growing criticism of CORSIA’s effectiveness and misalignment with the Paris Agreement, unqualified deference to the ICAO appears increasingly untenable. Recent decisions suggest that the Government may have begun to recognise the incompatibility of unabated airport expansion and the consequent emissions, with its increasingly ambitious climate targets. In particular, the Government’s decision not to challenge the Appeal Court ruling against the Airports National Policy Statement (regarding Heathrow expansion – Heathrow did challenge), Whitehall’s protracted consideration of the need to call in Leeds City Council’s decision to approve the expansion of Leeds Bradford Airport, and the Transport Secretary’s decision to not challenge a judicial review of its consent for Manston Airport expansion. Of course, these decisions must be considered in view of the fact that the UK hosts a global climate summit this year and may be particularly sensitive to perceptions of  (though from the rumoured imminent approval of a new oilfield suggests that optics may not be a primary concern for policy announcements). In any case, there has not yet been indication from the Government of a strategic resolution to the inconsistent policy.

The final blog in this series turns to the quandary in which some local governments find themselves as majority shareholders in airports with ambitious climate objectives, before setting out some remedies to the current problems.

[1] One local campaigner recently pointed out to me sardonically that whilst airports are quick to characterise their additional emissions as a percentage of national emissions, they have not yet been known to do the same with their jobs projections.