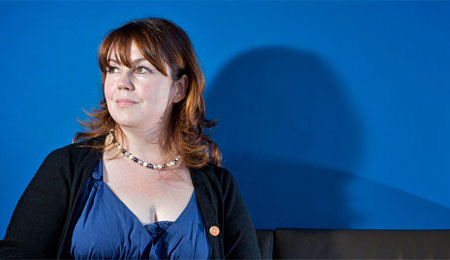 I’m writing this sitting at a desk in my study in London. About an hour ago I arrived home from a day spent at the Treasury and as I gaze out of the window, I can see the lights twinkling on the Gherkin and other iconic buildings in the City. ‘How lovely’, I’m sure you’re all thinking, ‘but why isn’t she working hard in Exeter?’

The answer is that I am in the very fortunate position of being on sabbatical this year and I’m spending some of my time based with the Government Economic Service as their Senior Academic Adviser on Education. This entails a number of projects, all interesting and all contributing to better use of economics across government. One project is involved with raising economic literacy across the civil service, while another is looking at how the GES and universities can work together on furnishing analysts with postgraduate level qualifications and skills.

I’ve also been able to sit on the Social Impact Task Force, which is drawing up a framework to ensure that the wider implications of policies and projects are fully understood, and accounted for, when decisions are made. This includes issues such as sustainability, social mobility and the broader wellbeing agenda; it’s a fantastic opportunity to develop a real understanding of how policy is made and assessed.

I’m based at the Treasury, but I’m making the most of my time here- so far I’ve visited or given seminars to the Law Commission, the Department of Work & Pensions and the Foreign Office. Those of you back at Exeter will be pleased to know that there is a real appetite from all Departments for working closely with academics, and what better way to demonstrate impact?

As for the rest of my time, it’s mostly being spent writing. The manuscript for the next edition of my textbook is due with the publishers at the end of March and after that I have been asked to present at a number of conferences and events. Some of these are related to the National Teaching Fellowship that I was awarded in 2009; the prize money from that and from my Vice-Chancellor’s Excellence Award in 2007 is funding my time in London. Those of you who know me, will be glad to hear that I’m also finding time to watch Arsenal on a regular basis; as a consequence there’s going to be at least one section, in the next edition of the book, on the economics of football.

I spent yesterday afternoon (Saturday 5 February) taking in the Chinese New Year celebrations across the city as the year of the rabbit began.

Starting at the Buffet City restaurant at the top of Fore Street, a procession featuring a giant traditional Chinese Dragon and an energetic traditional Chinese Lion, plus dozens of dancers and musicians, worked its way up to Bedford Square in Princesshay, before heading for the recently-completed new Business School building.

At the new Business School building there was an even grander Dragon and Lion dance, plus a wealth of indoor activities (this is the South West, after all, and one needs to plan for inclement weather – which we luckily avoided for the most part!), from Chinese food to face-painting (allegedly for the kids, but I saw some suspiciously older-looking painted faces), plus origami, Tai Chi, Chinese knots, Chinese tea-making, and much, much more. The day was rounded off with a spectacular fireworks display and a Chinese variety performance at the Northcott Theatre.

Professor Neil Armstrong, Deputy Vice-Chancellor (International), gave a short address highlighting the increasing importance of Exeter’s Chinese community to both the city and the University. It’s worth noting that the entire event was presented by the Chinese Student Scholars Associations (CSSA), whose volunteers did everything from the impressive Dragon and Lion dancing to manning stalls, ushering the audience, painting faces, and, well, everything else.

A big audience in the city centre swelled through the afternoon to become several hundred strong by the main procession outside the new Business School building (the whole of the new plaza area between Streatham Court and XFI was thronged with people, and the inside activities were very busy at the same time), and included students both international and domestic, and University staff and their families. People directly connected with the University through work or study were far outnumbered, though, by members of the local community; a heartening sight which really reinforced the things Professor Armstrong had said about the value our Chinese students bring to the wider city as well as the University itself.

I can’t praise the enthusiasm, friendliness, and energy of our Chinese student community enough. My friends and I had a great day, thanks entirely to their efforts, and I’d thoroughly recommend going along next year if you can; I know I will be (for the pork dumplings as much as the Dragon and Lion dancing!).

Check out pictures from the day in this Flickr group that anyone can add to.