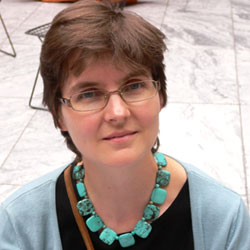 Even though most people don’t hear much “hell-fire preaching” these days, it’s a common assumption that Christians believe in an eternal hell. But the truth is that over the centuries there have been many Christians who have challenged this belief. For example, some early Christians argued that God’s punishment would reform souls and eventually all people would return to the perfect state in which God created humanity. Then God would be truly “all in all” (1 Cor. 15:28).

Much of my research has been dedicated to unearthing the theology of such Christians and to asking why such ideas ran underground for so many centuries. I use this research in my teaching (in a module called “Heaven and Hell throughout the ages”) and my students are fascinated to find out about thinkers whose ideas on hell were once considered so dangerous that they only dared publish them anonymously or posthumously. Even in the nineteenth century many preachers were concerned that there would be rampant immorality without the threat of eternal hell to keep people in place. But this is not, and never has been, the whole story.

Rob Bell’s book controversial book Love Wins suggests that God might save all people and questions the existence of an eternal hell. This is an unusual view in modern Evangelical Christianity but, as my research shows, there is a long underground tradition of Christian ‘universalists’ who argue that an eternal hell is incompatible with a truly loving omnipotent God and contradicts Jesus’ example of inclusive unconditional love. I will be discussing these ideas on BBC Radio 4’s Beyond Belief with presenter Ernie Rea, the Catholic writer and commentator Peter Stanford, and lecturer at Oak Hill theological college Daniel Strange, on Monday 11 July at 4.30pm.

Posted by Dr Morwenna Ludlow (Lecturer in Patristics, Department of Theology and Religion)