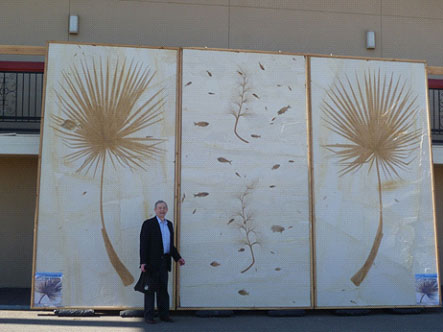 Fossil palms and fish in the death assemblage from Green River Formation, Wyoming 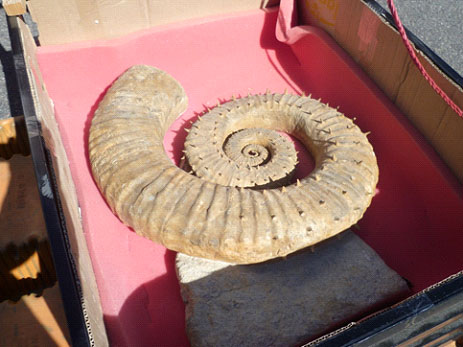 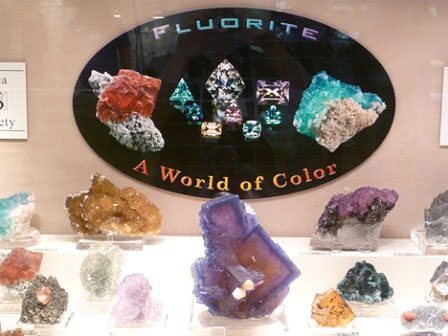 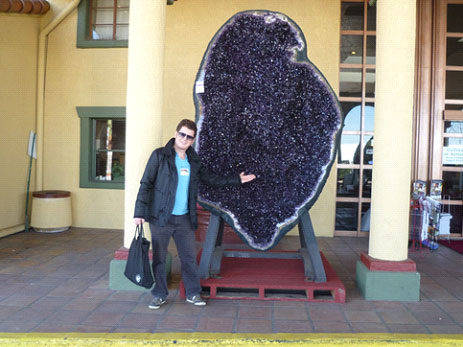 A slower start to the day with the parking lot almost empty when I arrived at the Convention Center but during the day there was a gradual increase in overall numbers.

Again there were a number of persons who showed particular interest interest in our exhibit, including a mine geologist who was very interested in our programmes and where our geologists and miners eventually end up working. It is interesting to note that many of the US geology graduates end up working for companies within the USA even if they do then end up occasionally working abroad. The geologist in question was a regular visitor to the Katanga region of the DRC working on a copper & chrome operation.

We attended two public talks during the day, the first was a presentation given by Gail Spann, a female collector with information as to how women like to be treated when collecting, buying and searching for minerals. It would seem that  chocolate figures quite highly in the equation, and I for one would wholeheartedly agree!

The second talk was given by Dr. Robert Downs and concerned the Mineralogy of Mars, it was a most interesting talk from an academic with a senior position in NASA’s Mars Curiousity programme. There were stunning photographs taken from the rover in adjusted colours and a wonderful video sequence shot by the lander from the point at which the heat shield was jettisoned until touchdown. There was a real sense of falling with the craft towards the surface an alien world!

The talk lasted for the better part of an hour and I for one would have been quite happy to have listened for a further hour.His specific instrument on the rover was an X-ray diffractometer with Rietveld capability, the technology has now been commercialised and his graduate student had brought along a couple of ruggedised cases, perhaps about the size of  a large rigid briefcase. The cases contained a complete field XRD and XRF facility, there was much interest in the equipment and unfortunately I was unable to speak with the student about the instrument. But it was apparent that this is a technology that will be available in the near future, whatever the price may be!

Just one day left now, I seem to have either caught the ‘Tucson Flu’ or have brought some bug with me because my chest hurts and I am coughing quite a bit. Time for an early night and hopefully I shall feel better for the final day.