Professor Francesca Stavrakopoulou is a woman and an atheist working in an area that is traditionally the domain of men of the cloth. So, in recognition of International Women’s Day we asked her to tell us how she turned her marginal position into a professional strength.

After teaching and researching at the University of Oxford Francesca joined Exeter’s Department of Theology and Religion in 2005 and is now Head of Theology and Religion, Professor of Hebrew Bible and Ancient Religion. She was also appointed to a personal chair in 2011. Her research interests lie in the biblical traditions and religious practices most at odds with Western cultural preferences.

Alongside her academic work Francesca also engages in numerous media activities, including presenting the 2011 BBC 2 TV documentary series Bible’s Buried Secrets, she is often a talking head in documentaries and regularly appears on radio and TV discussion and debate shows… 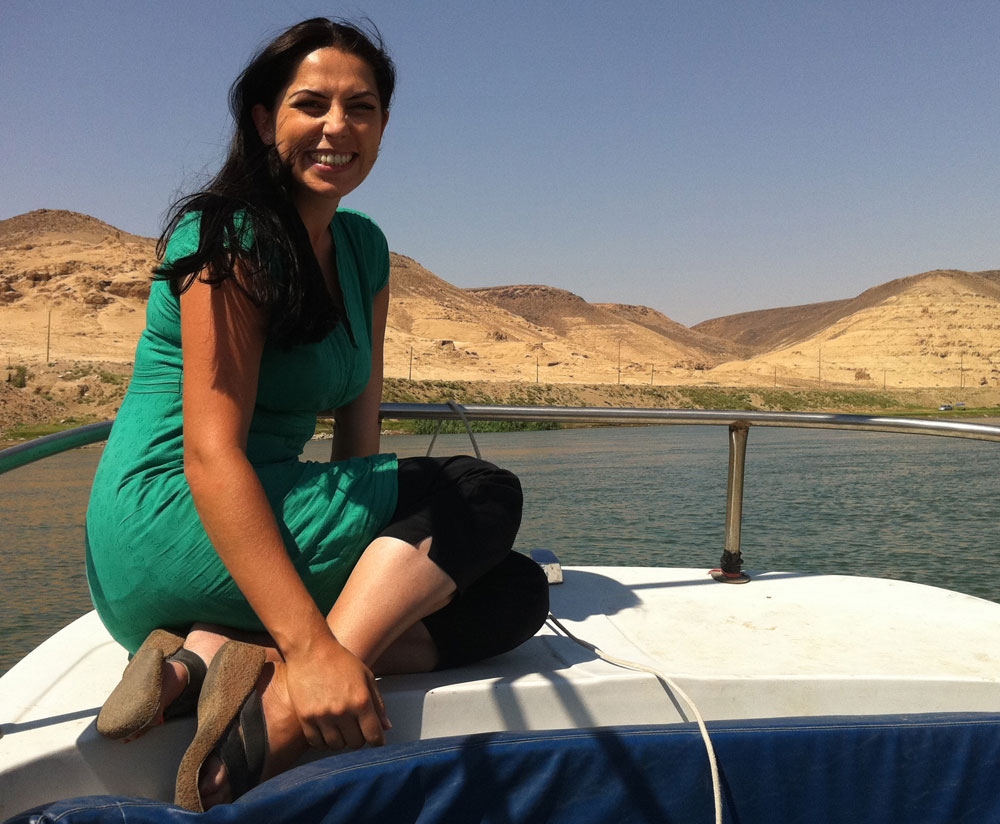 “When people ask what I do for a living, they’re often surprised when I tell them I’m an academic in a Theology and Religion Department. Apparently, I don’t ‘look like a theologian’.

I’d like to think this says more about people’s assumptions about the discipline, than their assumptions about me. But in some ways, they have a point: traditionally, the study of theology and religion has been undertaken by men of the cloth; indeed, theology is one of the oldest university disciplines in the West.

But while a number of today’s scholars have come to the field by means of religious motivations, my journey has been very different.

For some academics, career highlights tend to include heavy-weight publications, winning research grants, securing promotions, or building a public profile which extends beyond the confines of campus.

My achievements in all these areas naturally mean a great deal to me, but in many ways, one of the most significant highlights of my career remains getting to University and completing my doctorate.

My interest began with my Greek heritage. As a child, I loved the stories about the deities of ancient Greece, but as I studied both Classics and Religious Studies at school, I grew increasingly curious about religion. I couldn’t quite understand why the Greek gods and their various Western peers had lost their hold on humans, only to be replaced by the god of the Bible – a god who seemed so similar to the gods of Greece, and yet was treated so differently (and so much more favourably) by scholars. So I decided to do a Theology degree.

My time as an undergraduate at Oxford confirmed my suspicions: the god of the Bible was treated differently because this was the god of Western culture. This was a god who was supposed to ‘belong’ to all of us, to whom we were all believed to belong. The majority of my fellow students and lecturers seemed to share this view. Many of them couldn’t understand why an atheist like me would want to study Theology. At times, I often felt marginalised and judged. But there were a handful of academics at Oxford who not only supported me, but actively encouraged me to voice my differences, and to bring my ‘outsider’ perspective to bear on my studies. So I decided to do a Masters, and then a doctorate.

By this time, I was specialising in the Hebrew Bible – the ancient collection of texts known as ‘Tanakh’ in Judaism and the ‘Old Testament’ in Christianity. Looking back, my doctoral thesis engaged my outsider’s perspective by exploring the religious practices of those the biblical writers condemn as idolatrous, rebellious deviants: I wrote an historical rehabilitation of one of the villains of the Hebrew Bible, King Manasseh, and argued that one of the religious crimes of which he is accused, child sacrifice, was actually a high status, acceptable ritual, performed in honour of the god of the Bible, Yahweh.

Whilst my interest in the morbid aspects of ancient religions has endured, perhaps the more pervasive legacy of getting to university and completing my doctorate is the personal empowerment that journey brought me. Finding confidence in being the ‘odd–one-out’ in a discipline which remains heavily dominated by religious men of one sort or another is a skill I learnt as a student – and one I still value today. It’s not always easy being ‘the atheist’ in the fields of theology and religion. And, as is well known, neither is it always easy being a woman in academia. But finding the confidence to turn a seemingly marginal position into a professional strength is one of the career successes of which I’m most proud.”