The University of Exeter’s Ben Toulson shares his thoughts on island biodiversity in recognition of today being the International Day for Biological Diversity and its 2014 islands theme. Ben is the director of student-led research expeditions at the Penryn Campus and spent the summer of 2013 studying the biodiversity and threats to the islands of Cambodia.

Despite covering only three per cent of our global land area, islands are home to a disparate level of the world’s biodiversity. This is a result of the unique environments that islands create, volcanic islands in particular, with their great range in height, host a variety of habitats cut off from the rest of the world. 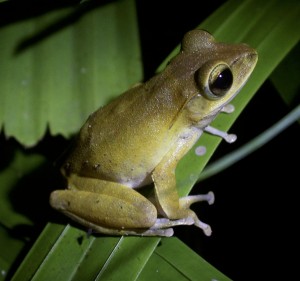 Wildlife caught on camera during a student expedition to Cambodian islands.

The resulting isolation means that species on different islands may evolve different, despite being geographically separated by just a few miles. This results in incredibly high levels of endemism, that is, species that occur nowhere else in the world. The most well-known example of this is Darwin’s finches. Dr Frank Van Veen of the Centre for Ecology and Conservation (CEC) investigates how the components of ecological systems like these interact.

Many island regions are found within biodiversity hotspots, meaning they have at least 1,500 vascular plants as endemics and must have 30 per cent or less of its original vegetation, resulting in them being both irreplaceable and threatened. In several cases, this is due to the fact that these islands are situated within developing nations, for example, the scores of islands found in the Gulf of Thailand.

These islands have been home to small communities for some time, with both the terrestrial and aquatic coastal habitats providing them with food and income, largely through fishing. In addition, habitats, such as coral reefs, which support the highest level of marine biodiversity, act as protection against storms. Mangroves, slat marshes, and seagrass beds are key for storing blue carbon, meaning they absorb large quantities of carbon dioxide from the atmosphere and store it, decreasing the effects of climate change.

However, many islands are suffering overexploitation, illegal logging of forests, overfishing and trawling of seagrass beds and coral reefs, and overdevelopment as a result of the booming tourism industry. All of this is motivated by the short-term gain, which is understandable in developing nations, however, in many cases it is a result of large foreign corporations coming in to exploit resources, meaning none of the resulting profit goes to the local population. Overfishing is a key focus of the work of Dr Amber Teacher, from the Environment and Sustainability Institute (ESI). 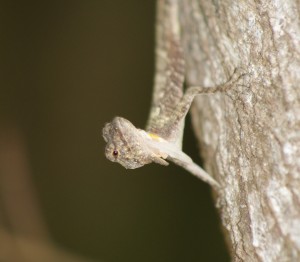 Regardless of this, the aforementioned destruction is completely unsustainable and will result in the loss of key habitats and irreplaceable species. In turn, this will lead to a great loss of ecosystem services, such as prevention of landslides by forests, storage of carbon dioxide, protection from extreme weather. Species that have important ecological roles, such as pest control, will be lost, changing the balance of the island ecosystem. Ultimately, this loss of habitat will result in not only the loss of coastal habitats, coral reefs, and the species that reside within, but also local livelihoods and the tourism industry with the destruction of this ‘paradise’.

It is clear that action is required to protect these ecosystems and manage them in a sustainable manner. The Convention on Biological Diversity has set targets to conserve at least 10 per cent of ecological island regions through effectively managed protected area networks. Such work can only be effective if the countries involved take active responsibility for their conservation, while some appear to be moving in this direction, it will be interesting to see how much action is taken before and after irreversible damage is done to these regions.