The SETsquared Student Enterprise awards took place at University of Exeter on 5 June; Innovation Centre Business Support Manager Joe Pearce went to the awards ceremony and has written this blog about the ceremony.

The University of Exeter played host to invited special guests, staff and students from the SETsquared partnership to celebrate the best enterprise activity from across the five Universities.

The event was a chance for everyone to recognise the great work done by the staff who support student and graduate entrepreneurs and also to celebrate the best businesses which have spun out of SETsquared in the last year. 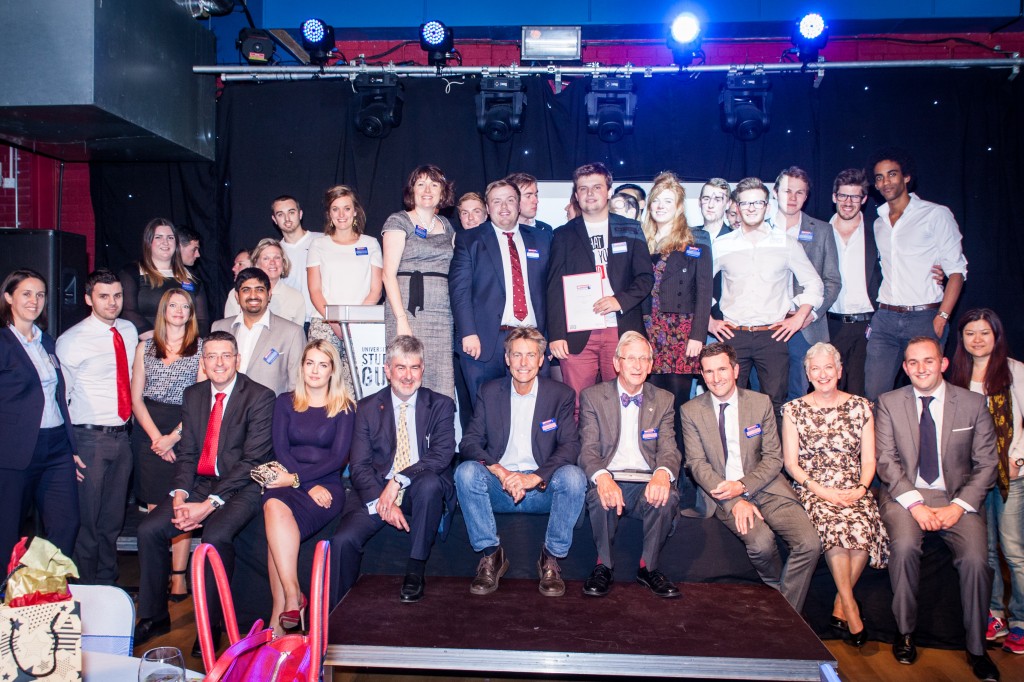 The evening started with the usual networking and catching up with colleagues and friends from the different Universities, but there was also a chance for the student and graduate businesses who had been nominated for awards to exhibit what they had been up to. Every guest was given a ping pong ball and asked to drop it into the vase for the business they thought best, with the winner being given the “Peoples’ Choice” award later in the evening.

It is always great at this event to hear from the guest speakers and this year was no different, with Phil Cameron, Exeter alum and Founder of No 1 Traveller delivering the keynote. Phil‘s background was in theatre, having graduated in Drama – he is an Olivier & Tony award winning producer! – and he has been able to take the lessons learned in that tough sector and transfer them into his new business. As Phil pointed out, the key to his, and indeed most businesses, is in understanding what your customers want and making sure they get it – hopefully lessons which the budding entrepreneurs in the audience were taking on board!

And so to the awards.

Each Uni had the opportunity to recognise the invaluable work done by students and mentors who they work with to encourage, nurture and support entrepreneurship, and it is great to be able to publicly thank those who offer so much.

But the awards which really count are those which are voted for, and the judges decisions were…

Dave Jarman and his team at University of Bristol once again showed that they are leading the way in Enterprise Education, with their Spark event picking up the award for “Best Student Experience” for the second year running.

Tiqa Adinin from University of Southampton won the Social Enterprise Award for the incredible work which she has done with her business SanEco, impacting on some 11,000 people in Kenya with products and services to improve sanitary conditions and drive social change through entrepreneurship. It is another great example of how Enactus projects can spinout and take on a life of their own.

But the big winners of the night were the University of Exeter, picking up three awards. Tickbox won both the Best Student Start-Up and the Peoples’ Choice Award for the work they are doing to change the way people interact with democracy, helping them to understand which candidate in an election best represents their views. 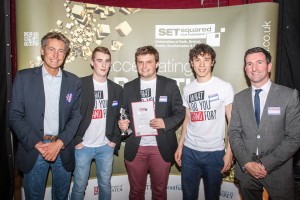 Launched for the Euro elections in May, Tickbox attracted over 40,000 unique visitors in the days before the election. They are now getting set up to tackle the general election next year, so watch this space.

Also from Exeter and winning the Best Graduate Start up award, were Instabear. Having started as a service to print your instagram photos, the Instabear team have moved into events, providing the link between social reach and real physical interaction by offering their live photo printing service to clients such as Jaguar Land Rover, Jack Wills and Ford.

Next year promises to be a big year for them as they look to grow and establish themselves with more international clients. Also, you might be seeing much more of founder, Solly Akhtar, who is currently involved in a secret project you will hear more of later this year!

All in all a fun night, congrats to the winners, hard luck to those who walked away empty handed but do stick with your businesses because there were some great ones there.

I’m already looking forward to next year and seeing if Exeter can make it three big years in a row – but I know the teams at the other unis will have something say about it.

Also, looking forward to Uni Pop Shop  – check it out and make sure you drop in if you are in London at the end of the month.