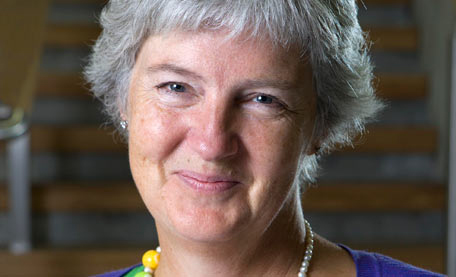 A recent Ernst and Young report has shown that only four per cent of executive board members of the top 100 utility companies is female. Not only does the sector have minimal women, but it is also primarily older and white in character – with 60 per cent of its management over 40. The report argues that this is worrying in terms of diversity of thinking given that the current big kit, centralised energy model is in the middle of fundamental disruptive change and needs new and innovative thinking and practices.

The E&Y report focuses on business but there are similar problems across the energy public policy interface, whether in Government, civil service, the Regulator, NGOs, academia and so on. The outright daily sexism of energy in the 1980’s and 1990’s – which I endured – has been replaced with a much less obvious version – but it is still very powerfully there.

Look at any ‘mainstream’ energy conference and the routinely male speakers. There are numerous as-well qualified women around but they are often not chosen. One example of the mind-set of energy which has to be overcome is illuminated by an International Women’s Day Conference I organised in 2012. It was not marketed as a women’s conference. The only difference between it and the numerous, other, very well-attended conferences I have organised was that 100 per cent of the speakers were women. Although the topic of the day was very relevant; the women top-notch and interesting; very few men attended. This despite the fact that women routinely attend meetings where all the speakers are men, or where some of the male speakers have less merit than themselves.

Gender issues are complex – as is energy. With apologies for the simplicity of the sweeping statement, on the whole, industries with money are dominated by men. ‘Successful’ women tend to manage to make it first in sectors where the pay or societal kudos is less. I have always thought that Brenda Boardman and I were only able to get into energy academia in the way we did back in the late 1980’s / early 1990’s because we worked on renewable energy and energy efficiency respectively – something which was very uninteresting and unimportant to the general energy world at the time. Nor is it a coincidence that she ran, and I run, a group with many women members.

Some countries and some energy industry structures are better than others. For example, if the industry structure is made up of a few large companies, in a centralised system (as it is in GB) then there is less opportunity for new entrants of any description. More devolved, decentralised political systems – such as the US system with 50 States or the German system with Lander – again provides more opportunities because there are more jobs to be filled. Googling ‘women in energy’ does bring up many support groups, but interestingly the first page of links are all in the US or Canada.

Under threat, Governments, the Regulator, the civil service and companies may choose those who more easily fit in and who do not rock the boat rather than the more uncomfortable person who pushes for change.

In parallel to this, the very competitive British university system promotes academics based on the number of journal articles they produce; the amount of grant money they bring in; and to a much smaller degree, the impact of their work – ie whether anyone takes any notice of what they do. At root, over and above the basic requirement of being reasonably bright, promotion comes down to how many hours someone is prepared to put in and how much travel they are prepared to do, in and around their teaching. In a perfect world, with a couple who equally shares childcare this should not affect women adversely – except for the maternity leave time. Those academics – men or women – that do not have children, or who have a partner more able or willing to spend more than the 50 per cent on childcare will be able to spend more time on producing the outputs on which they will be assessed by. All things being equal, in a job interview situation, the latter would be offered the position. Academics undergo a ‘snapshot’ assessment of this criteria once every five or so years. Together all the ‘values’ of the academics in a university are summed and this leads to the university league tables, the basis of university economics. Academia is undergoing its own revolution at the moment and universities are very conservative places. Without doubt, the anyway very tough world is even tougher for men or women, who would like to have children and spend time with them.

Combine the difficulties of women in academia with the conservative, big tech world of energy and one can see that there are substantial issues that have to be overcome in energy: women have to be chosen for jobs but also those jobs have to be enjoyable and attractive to women.

‘Sorting out these issues to enable women to take the place they wish to within energy (and society) is complex and multi-facetted. Within academic energy, research councils are starting to make some demands on universities about women on grants, although it has made little difference in practice. Similarly, the Athena Swan programme in STEM subjects has at least opened the gender subject up, even if, again, under the fundamental incentives of academic life in Britain this makes little difference. Within business, the E and Y report sets out how different countries have attempted to stimulate more women on boards, and to get the ‘pipeline’ – the development process in place to enable sufficient meritocratic women to be available at each level within business – underway. For example, Norway legislated in 2003 for a 40 per cent quota for females on boards of state-owned firms by 2006 and on boards of publicly traded firms by 2008.

To me, one very important aspect of change – whether in energy or within society – comes down to the governance process in place, and how that governance process provides incentives which either maintains the system or encourages new ways of doing things. Those that gain from the current systems tend to promote its continuation. I know that within energy there are many brilliant and effective women who are overlooked. I agree with E and Y that new thinking and practices needs diverse input into that thinking. The position of women in society has improved since my youth; as it has improved from the world my mother worked in as a Medical Doctor; and as her time has improved from my grandmother’s world, where she (but not her husband) was required to give up work as a teacher when she got married. But both society and energy are changing much too slowly. I strongly support a quota for women on boards – not just to inject some new thinking now – but also because it will act as a pull for women throughout the rest of society. I also support a research council requirement that all programmes, grants and so on supported by research councils should meet a minimum percentage of members, speakers etc.

I am not someone who believes that the people (usually men) in charge have got there through some ‘objective’, entirely meritocratic process. It is time to even things up a bit.