Professor Andrew Thompson, Director of the Centre for Imperial and Global History at the University of Exeter, discusses the effects culture has on the economy.

Culture, as described by one celebrated critic, is among the most awkward words in the English language. So it comes as no surprise that cultural value is an ever-elusive, indefinable thing. The broad and diffuse nature of the concept has meant that many economists steer clear of it, reluctant to co-opt culture into their debates about development.

And so discerning the influence that culture has on the economy is something of a holy grail in the ongoing quest to establish cultural value.

The case for spending public money on culture is greatly weakened by this failure to fully get to grips with its relationship to the economy. At a time when the Institute for Fiscal Studies’ warns that up to 60 per cent of public sector spending cuts are yet to be implemented, the arts and cultural sector more than ever needs to make its case to government – and it needs to do so in a manner comparable to claims made by other competing calls on the public purse.

Several enquiries, including that of the Warwick Commission, are currently seeking to open up new ways of thinking about cultural value. They are very welcome, even if they are not the first and will doubtless not be the last to do so.

Those making a case for the benefits of culture invariably do so in two ways. First, culture is said to have intrinsic value. Museums, galleries, theatre and libraries, by enriching and illuminating our inner lives, have a humanising effect. For this reason they should be cherished (and invested in). Second, the tangible or instrumental value of culture is also stressed, for example in terms of jobs generated by tourists visiting heritage attractions, or the money people spend when they visit museum exhibitions, or the recession-proof growth achieved by the creative industries. 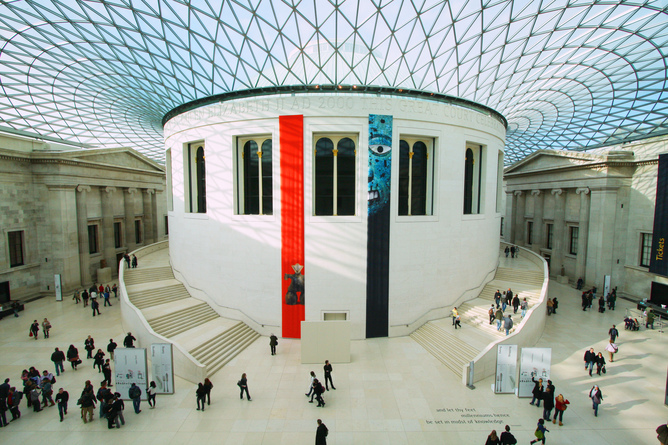 Not only museums. Courtesy of Dan Breckwoldt/Shutterstock

But both of these methods have a major limitation. The idea of intrinsic value separates culture from the economy and assumes culture’s status as a public good, while the instrumental renders culture as a sector of the economy, alongside other sectors with which it has to compete. Neither leaves much scope for exploring culture’s importance for the economic life of the country as a whole.

So to push back on the idea that the arts and culture are a luxury rather than a necessity requires us to develop a very different type of dialogue about the relationship between culture and the economy. The time is ripe to do so. As Western hegemony is increasingly regarded as a chapter in world history, and China is poised to overtake America as the world’s leading economic power, a new narrative about culture’s relationship to the economy becomes possible, in a way it was arguably not 20 or 30 years ago.

We might start by observing that economically successful societies are invariably culturally confident ones.

It’s a frequent refrain among today’s politicians, of whatever stripe, that creativity is driving the world’s higher performing and more technologically advanced economies. Creative societies can expect to generate greater growth, higher levels of productivity and more inward investment. Even economists – who fight shy of messy concepts like culture – acknowledge that economic factors alone are insufficient to explain why some countries get themselves on to a development trajectory and others do not. Following in Max Weber’s footsteps, the braver among them try to capture the macro-economic effects of culture.

Such efforts to reclaim culture by economists are welcome but hardly mainstream. The vagaries of human behaviour are such that they do not easily generate testable hypotheses or provide fodder for econometric models. Our intuitions may tell us that culture and the economy are strongly intertwined, but demonstrating this in an analytically convincing way (and generating the “proof” that might influence governmental policy) is another thing.

One way forward may be to look at what we can learn from a few of the negative scenarios: cases where culture has actively hindered growth. And we don’t have to look very hard in a world where conflict is all around us. By far the biggest challenge for many societies as they enter the 21st century is precisely how they make cultural difference and diversity work in favour of economic growth.

The World Bank has tellingly observed that “no low-income or conflict-affected state has yet achieved a single Millennium Development Goal” (2011). Because conflict inflicts such deep wounds on the fabric of society it is also hugely debilitating economically. Political solutions rarely address what happens after conflict ends. This opens the door to cultural interventions. 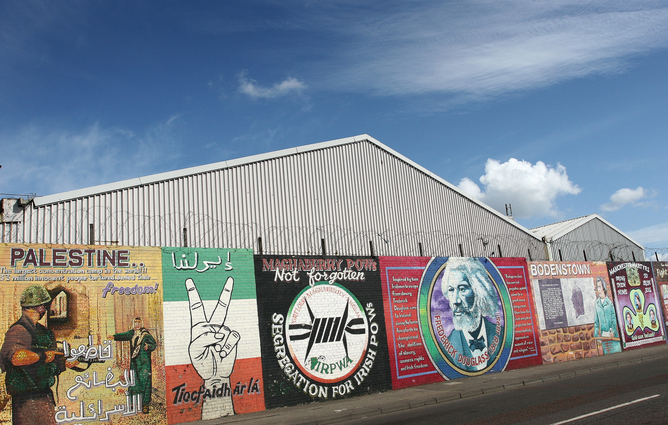 Belfast’s murals are just one example. Courtesy of John Sones/Shutterstock

In South Africa, Argentina, Bosnia and Northern Ireland, to name but a few, growing prominence is being given to the contribution made by artistic practises to processes of peace building and reconciliation. Societies trying to work through difficult and divisive pasts are turning to the restorative power of drama, music, film and literature to break down walls of silence about atrocities, to allow victims to share their stories of suffering, and to rekindle the ability to imagine again.

The therapeutic value of the arts in releasing powerful emotions previously repressed is increasingly apparent. The upside economically is important too – one recent assessment of the global costs of violence estimates that GDP in 2007 would have been 14 per cent higher if there has been no conflict since 1960, equivalent to $9.1trillion. Meanwhile the world’s current violence containment expenditure is equivalent to a staggering 75 times its foreign aid expenditure.

It is in “post-conflict” societies that we see very clearly how, for better and for worse, culture is as much part of the economy as the economy is a part of culture. Yet the study of conflict calls for a much more nuanced understanding of culture – an understanding that encompasses culture as practice and performance (drama, literature, music, photography, for example) and culture as patterns of thinking, feeling and acting by groups of people who live in the same social environment.

When the West was economically ascendant a very particular set of cultural traits (trust, work ethic, risk taking and entrepreneurship) were widely held to have been responsible for its success. But with the BRICs making up a quarter of the global economy, things look rather different today. The idea that Western societies are culturally programmed to be more competitive simply seems far fetched. The relationship between the culture and the economy is clearly more complex than that.

“Political economy” is our shorthand for the interplay between the political and the economic. Why not a “cultural economy”? In every society the economic is embedded in culture. In economic terms this means that culture counts, even if it can’t always be counted. Yet a general field of cultural economy has yet to to be scoped out.

We need to better understand how attractive cultural environments lay the foundations for economic prosperity. We need to establish more firmly the link between cultural diversity and economic creativity. We need to open our minds to the freedom to engage in cultural activity as a necessary counterpart to the economic (and political) freedoms which we rightly prize. In a globalised economy we also need to be alert to how the arts and culture can provide a way of thinking about ourselves as a country and the challenges of adapting to a rapidly changing world.

In short, we need to devise better ways of bridging the divide between culture and the economy. Only then will we be in a position to understand those many dimensions of culture that affect economic success.