Professor Charles Tyler and Ross Brown from the University of Exeter have found that hormone disrupting chemicals and climate change can lead to an increased risk of population-level impacts in wildlife. Their full paper can be found on the PNAS website. Here they explain more about thier research….

Background to the study

As the human population grows ever larger, wildlife are coming under greater pressure from climate change, chemical pollution and habitat loss.  Two years ago research scientists at AstraZeneca and the University of Exeter set out to investigate the combined effects of these stressors on zebrafish populations. 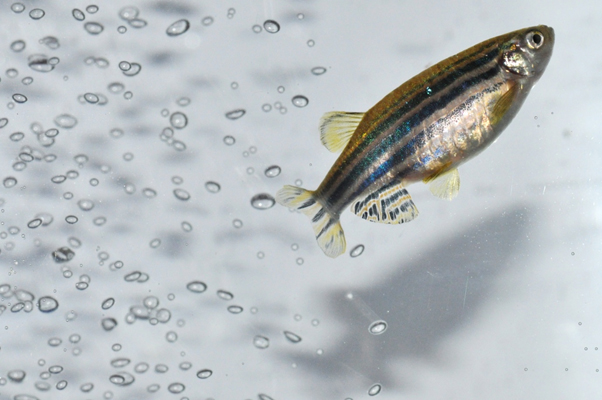 It had been established previously that certain endocrine disrupting chemicals (EDCs), warmer water temperatures and inbreeding can independently promote changes in sex (masculinisation) in this species of fish, which is used widely in environmental and biomedical research. However, no one, until now, has looked into the effects of EDCs (in our case a chemical that is used in anti-fungal treatments), in combination with future climate change (predicted temperature rise for the year 2100) and inbreeding following habitat loss (in small, isolated populations).

Research scientists from the University of Exeter, in collaboration with Bangladesh Agricultural University, collected zebrafish from their native pond habitats in the flood plains of the Brahmaputra River Basin. 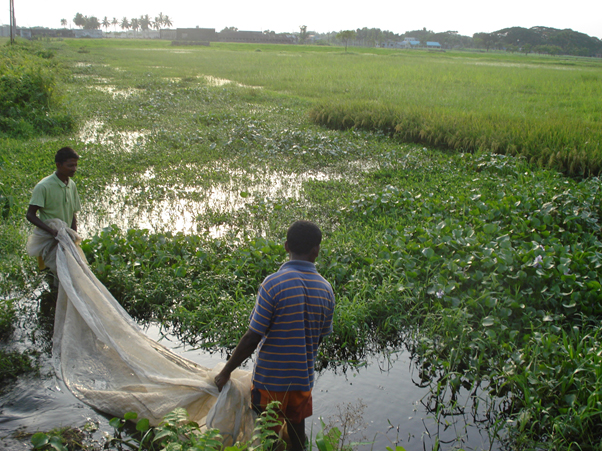 Photograph taken by Greg Paull. Find out more about Greg’s work in Bangladesh. 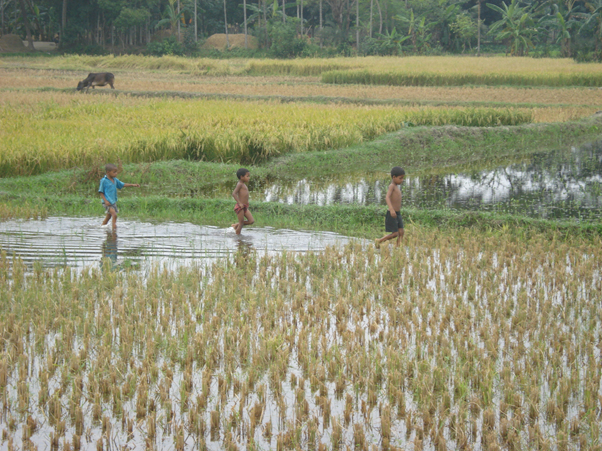 Photograph taken by Greg Paull. Find out more about Greg’s work in Bangladesh.

On arrival at Exeter, the zebrafish were outbred by pairing males and females from two different source populations, and subsequently their descendent families, over three generations.  We also conducted inbreeding in the third generation by pairing brothers and sisters from the same families. 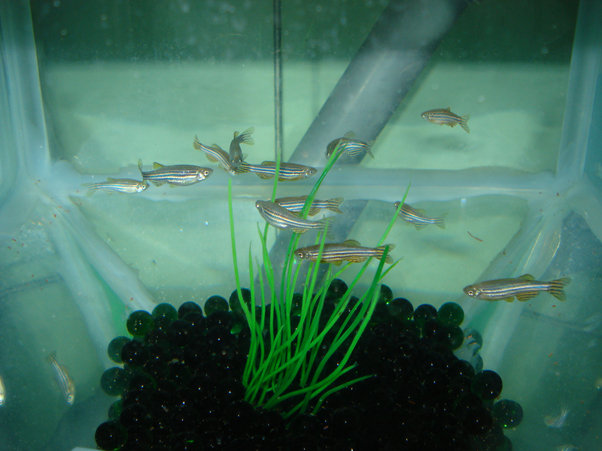 After their arrival at Exeter

We conducted our exposure study in the laboratory, so we were able to control all three factors, namely water temperature at 28 or 33°C, EDC exposure at 0, 1.7, 8.0 micrograms of clotrimazole per litre and breeding, represented by inbred and outbred families.  We examined the effects of these factors in isolation and in combination by assessing sexual development and sex ratios in our zebrafish.  The exposure study ran from 40 to 100 days post fertilisation and we recorded increasing proportions of males when we combined the different stressors. We found up to 97% males in the combined higher temperature x higher clotrimazole x inbred treatment group, compared with around 50% in the lower temperature x zero clotrimazole x outbred control group. 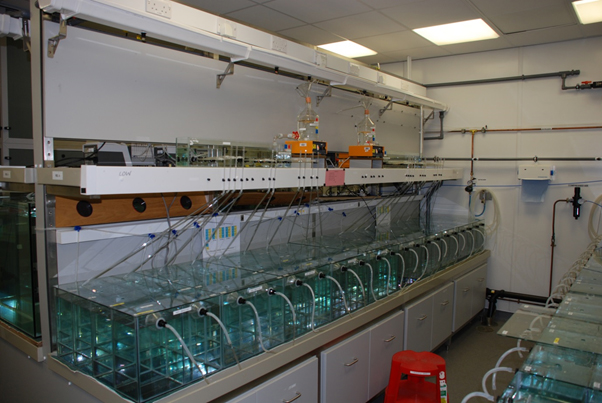 Equipment for the Zebrafish

With the aid of a computer-based population viability analysis (PVA) model, we simulated the population-level effects of male-skewed sex ratios, and predicted population growth rate and probability of collapse for the various exposure scenarios.  We ran over 100 simulations, each one representing 100 repeated iterations of 100 years of exposure.  We found that inbred zebrafish populations exposed to higher water temperature, and the higher dose of clotrimazole, were more likely to decline. 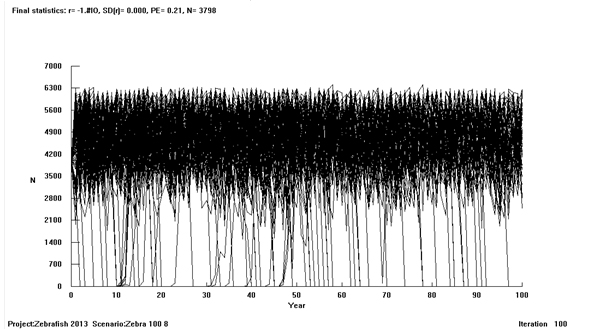 Pressures on wildlife from climate change, pollution, and habitat loss (which can lead to inbreeding) have increased significantly in recent decades and they are predicted to increase further throughout this century, according to the United Nations Environment Programme (UNEP).   In our study we show that the interactions of these different environmental factors (physical, chemical and biological) are fundamental to future impact predictions.  Our study indicates that interactions between elevated temperature and chemicals which skew sex ratios toward males can have profound impacts on populations of species with environmental sex determination and/or differentiation. We show this here for a fish species but this is also potentially possible for amphibian and reptile species.  Furthermore, these impacts are likely to be greater on already endangered, inbred populations.