On 14 August 2015, the Penryn campus was transformed into an, at times scary, nature wonderland – full of erupting volcanoes and intestinal parasites for the annual Science in the Square event.

In this blog Stephanie Wheeler, Student Engagement, Widening Participation and Internationalisation Co-ordinator, writes about coordinating her first Science in the Square. 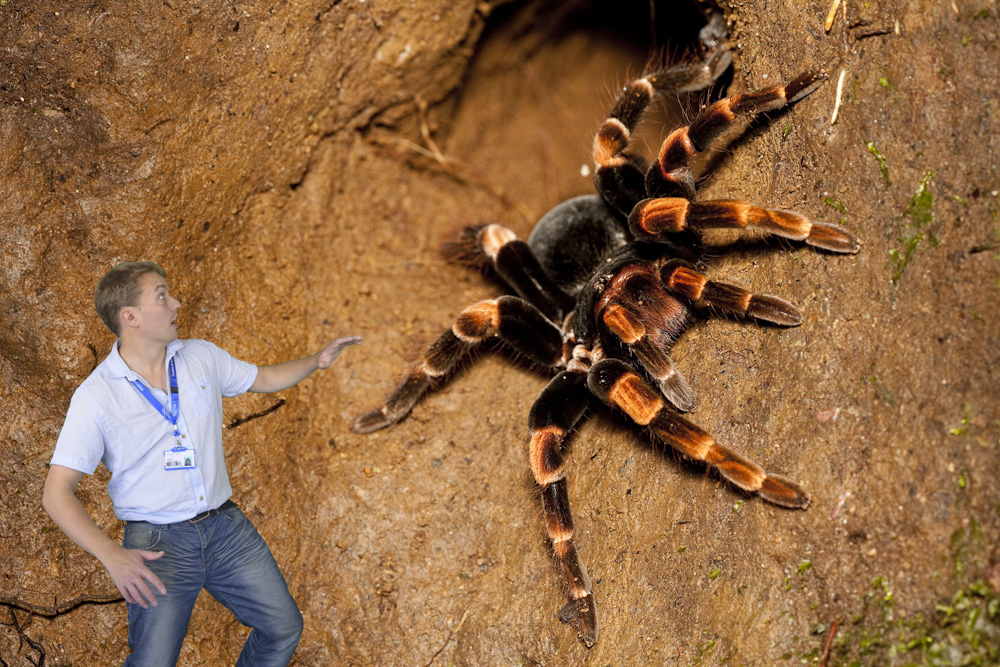 I had never attended Science in the Square before so when I started my job, it was fairly daunting to think that I would be coordinating the event this year. I had only ever heard amazing things about previous events and seen the wonderful pictures and videos of everybody having a great time so the pressure was on!

After months of planning, I couldn’t believe how quickly 14 August came around. Bright eyed and excited for the day ahead, we arrived at Events Square at 7.30am to start the mammoth set-up.

Seeing the empty marquee, still scattered with sticky tables and empty beer glasses from the party the previous night, it was hard to imagine that in just a few hours the event would be underway. Yet, by 12 noon, it had been completely transformed by our army of staff and volunteers- the banners were hung in place to proudly announce that our scientists had descended for the afternoon, seven zones were set up around the main marquee with a whole host of hands on activities, and chairs were neatly lined up in front of the stage ready for the talks- we were all set!

At 12 we finally opened the gates, much to the delight of those who had been queueing outside for the past half hour, and within a matter of minutes the marquee was buzzing.

Visitors were able to hold insects and snakes in Live Zone, play with glacier goo in Earth Zone, examine critters under the microscope in Mini Beast Zone, inspect skulls in Bone Zone, and were transported to a jungle camp in Adventure Zone.

A few dedicated members of staff had even been out rock pooling until midnight the previous night to fill the tanks in Marine Zone with starfish, crabs, and other amazing sea creatures. This year, for the first time, we also set up a photo booth which was extremely popular and, thanks to a green screen, allowed visitors to act out fun animal encounters. 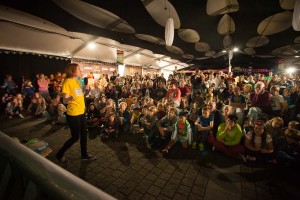 As if this wasn’t enough, we also ran four interactive talks throughout the day, themed around ‘Scary Science?’. Dr Chris Lowe kicked things off with ‘Scary Seas’, taking a look at the frightening creatures, big and small, living in the marine environment.

Chris was followed by Dr Regan Early who explored ‘Petrifying Plants’, and at one point had three willing volunteers eating the world’s hottest chillies live on stage, and Dr Kate Smith, whose talk on ‘Violent Volcanoes’ involved a simulation of a volcanic eruption.

To round things off, Dr Andy Young delved into the world of ‘Perilous Parasites’, with tales of tapeworms in humans, a parasite that lives on fish tongues, and a ‘zombie disco snail’. Even though I have a science background, I learnt something new from each talk and I think it was a real testament to the speakers that they managed to engage an audience of children and adults for up to 30 minutes with everything else that was going on in the tent!

Science in the Square is great for so many reasons – it allows us to raise the profile of the Penryn Campus, to give back to the local community, but most importantly, in my opinion, it enables us to inspire and excite the next generation of scientists.

When Professor Brendan Godley kicked off the event he made the statement ‘Science is fun, science is everywhere, and science is for everyone’, and I hope we were able to prove that.