Professor Nick Talbot FRS is Deputy Vice-Chancellor for Research and Impact at the University of Exeter. Here he gives his interpretation of the Nurse review… 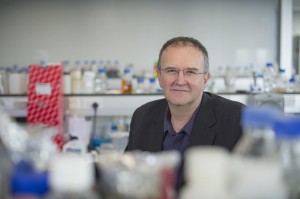 The much-anticipated Nurse Review ‘Ensuring a successful UK research endeavour’ was published on the 19th November. Authored by the current president of the Royal Society and Nobel Laureate, Sir Paul Nurse, the review is typically thoughtful and perceptive.

Indeed, the thing that really stands out in the Nurse Review, is that it is very clear throughout that it is authored by someone who has thought long and hard about the research endeavour, the nature of scientific investigation, the differences between discovery science and applied research, and how to organise research so that it delivers for the public good. These are difficult and complex issues and the opening sections should be required reading for anyone associated with the administration of research, including of course politicians, who do not always understand the motivations of scientists, or the nature of scientific enquiry.

The review starts from the premise that the very best research system thrives on excellent scientists, who are motivated by their own curiosity and have the freedom to pursue their intellectual interests. This is, of course, enshrined by the Haldane Principle of 1918, which states that decisions about how to spend research funds should be made by researchers rather than politicians. The Haldane Report led to the establishment of the Research Councils, starting with the Medical Research Council, and has clearly served the UK very well. We have, by most objective criteria, one of the most successful research communities in the world– a very high proportion of the most cited research discoveries are from the UK, compared to our population. Changing the structure of a highly successful research system should therefore only by embarked upon with considerable care and thought.

So what does the Nurse Review conclude? Well, the main recommendation, which has been picked up in most commentaries, is the establishment of an overarching non-departmental government body called Research UK (RUK), which should be headed by a highly distinguished scientist to act as a single Accounting Officer for all seven Research Councils (RCs). They would be supported by the current Chief Executives of the RCs, as an executive committee, but would be the single accountable voice for research, reporting to the Secretary of State. RUK would be responsible for determining spending allocations between the RCs and would also ensure more coherent cross-council strategy– of increasing importance in this era of interdisciplinary research.

However, Nurse is also a political realist. He has, after all been a University President and currently heads the Crick Institute. He knows that the interaction between scientists and government is critical and that ministers, as the elected representatives of taxpayers, must play a role in determining science policy. To provide for this role, he suggests formation of a government committee chaired by a senior minister with cross-cutting cabinet responsibilities that would act as a forum for discussions between policy makers and the research establishment. This has been picked up by some as being a threat to Haldane, but strikes me as a potentially clever move. After all, isn’t it better for there to be a forum in which policymakers and scientists can discuss spending allocations and large science capital decisions in full view of the evidence? At present, it is clear that political considerations, however understandable (why wouldn’t we want to build the northern powerhouse, or put another huge research institute in London?), can lead to decisions about science spend that can appear, at best, opaque. Creating a forum in which legitimate political and economic factors can be balanced with the need for scientific excellence, seems both logical and sensible. On top of that, it might develop a common view about the research priorities of government departments, which are often contradictory and underresourced.

Nurse goes further in recommending that ‘Place-based Innovation’, a concept at the heart of the current government’s industrial policy, becomes a responsibility of the RCs, who would be charged with undertaking a mapping exercise of the UK’s research strength, building upon the Science and Innovation audits, recently announced by BIS. This would ensure that the best research can be supported wherever it is found, but with due recognition of key regional strengths, such as Graphene in the North-West, Aerospace in the South-West, and Satellites in Surrey (although I should stress that these are my examples and not Nurse’s!).

Nurse also suggests that in a post-HEFCE world (as suggested in the recent Green Paper), the Research Excellence Framework and its distribution of Quality Research (QR) funding should also sit within RUK. Thus, both strands of the dual support system for universities would be controlled by a single government body. As dual support already sits in the same government department, this is probably not as revolutionary as it sounds, but one of the real powers of dual support has been the delegated freedom of universities to spend QR exactly as they please (not exactly loved as a concept by ministers). RUK would, therefore, need to assure the HE sector of this core principle and their ability to keep political pressure away, preventing the diversion of QR to strategically directed, project-related spend. This will not be an easy task and, arguably, harder than when QR was distributed by a body whose primary responsibility was for the quality of higher education.

So, will the Nurse Review save the RCs from being part of the government’s promised bonfire of the quangos? The single accounting officer model of RUK creates more efficiencies, as the back-office functions are already merged. It would also allow RC chief executives more time to be strategic and not ‘managing-up’, which I suspect they spend an awful lot of their time doing now, keeping inquisitive ministers and their civil servants at bay. Perhaps Nurse has prevented a merger of the RCs, even if the McKinsey report recommends it. He has provided a framework that could, in my view, work very well.

The question of course is whether the review will be acted upon and whether the forthcoming spending review outcome will simply drown out any serious debate, as the realities of austerity descend upon the university and wider research sector. The government, and perhaps the Treasury even more than BIS, understands that the knowledge economy they seek can only happen with a well-funded and organised research base working closely with business and government, with world-class discovery, innovation and economic growth in mind. So for now, we still live in hope and I share Sir Paul’s cautious optimism.

First published on HEi-know, the HE intelligence service